We've compiled a list of some simple pop songs that you can pick up in minutes.

Whether you are just starting out playing the acoustic or electric guitar, many people have the eventual goal to learn how to play songs.

Luckily, Fender Play has hundreds of songs that you can pick up in minutes, from rock to country to blues.

Another genre Fender Play offers is pop, with many of the greatest chart-topping hits from some of the biggest artists on the scene.

For those beginning guitar players who want to learn a variety of popular pop songs, here’s a list of 10 of the easiest with Fender Play:

"Ride" is a song written and performed by Twenty One Pilots. Along with the Beatles and Elvis Presley, Twenty One Pilots became the third rock group in history to have three songs in the Top 5 simultaneously. After running through this song, you'll get some great practice in basic strumming patterns.

Learn how to play “Ride” here.

"Kids" was the third and final single from MGMT's 2007 album, Oracular Spectacular, but it was definitely the biggest. If you watched television, saw a movie or played a video game during that period of time, you've likely heard its familiar and highly danceable beat. What's more, MGMT even earned a Grammy Award nomination for it. Try to play it in this four-chord version.

Learn how to play “Kids” here.

It’s hard not to get emotional when hearing John Legend’s heartfelt piano-driven ballad “All of Me,” and it also sounds great on the guitar. It’s all open chords during the intro and verse (E minor, C, G, and D), and A minor comes in during the pre-chorus and chorus, as shown by Fender Play instructor Nikki Stevens.

Fender Play instructor Jen Trani runs through four chords (A minor, C, F and G) of the National’s “I Need My Girl” to give you a simplified strumming version of the 2013 single. It’s perfect for a beginner, as using a capo makes this song easier to play.

Learn how to play “I Need My Girl” here.

"Land of a Thousand Dances" is famous for its "na na na na na" hook. The song's best-known version was Wilson Pickett's 1966 recording, which became his biggest pop hit.

Learn how to play “Renegades” here. 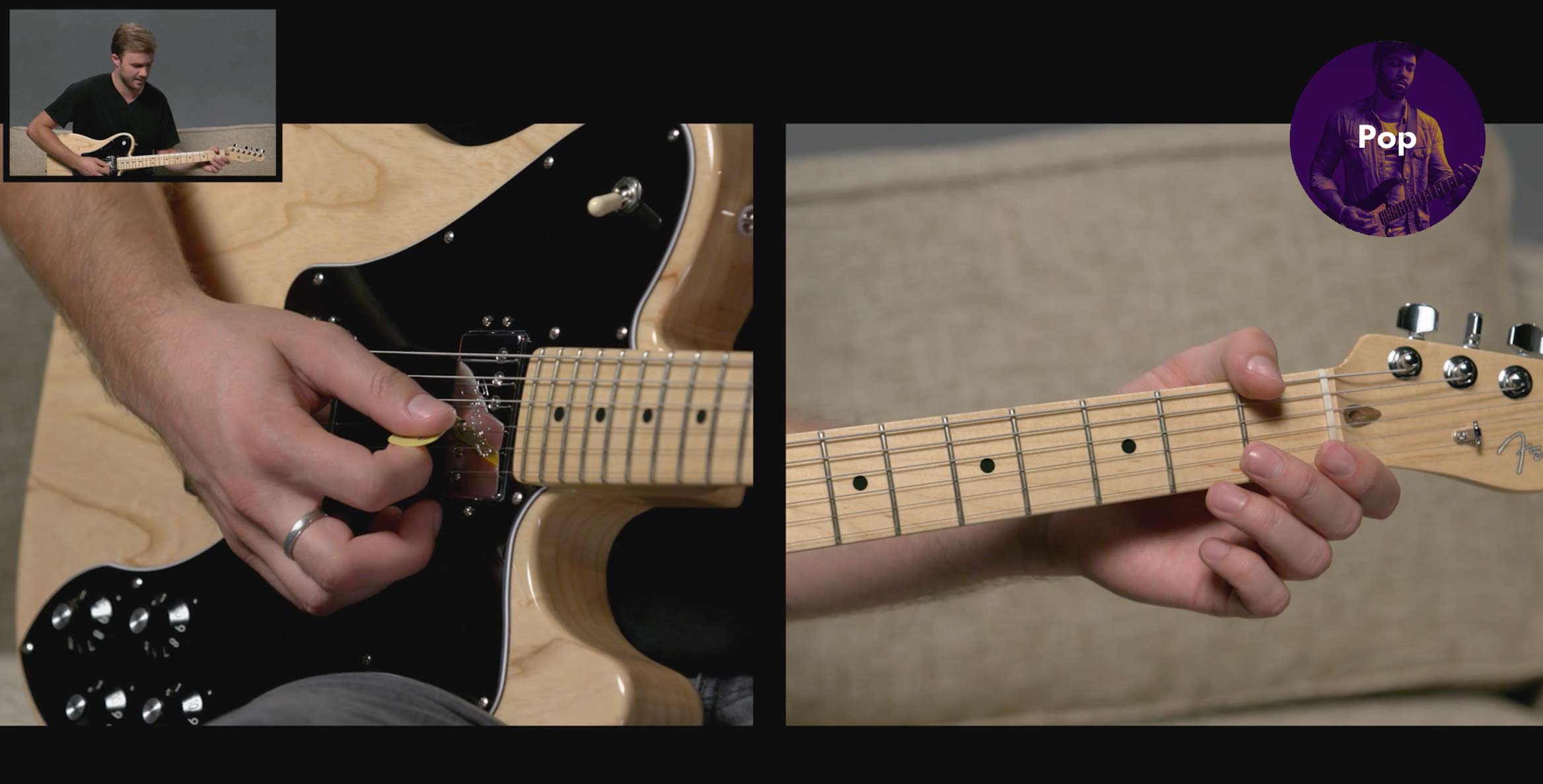 Pop superstar Andra Day gained worldwide notoriety on the heels of the single, "Rise Up," which came out on her 2015 debut album, Cheers to the Fall. The platinum-selling single even earned a Grammy nomination for Best R&B Performance.

Learn how to play “Rise Up” here.

Released in 1987, “With or Without You” was U2’s first No. 1 hit in the U.S. and their most successful single at the time. The blockbuster hit boasts melodic chord progressions and a solid way to practice 8th note strumming.

Learn how to play “With or Without You” here.

Ben Kweller wrote “Thirteen” while in the studio recording his eponymous 2016 third album. This tutorial simplifies the piano line that runs through the entire track into two one-finger chords (G and C).

As the 1960s came to a close, the Zombies scored a hit with the moody “Time of the Season,” a track that landed at No. 3 on the Billboard Hot 100 chart. By using the chords C, G, E minor and E, you can amplify your whole- and half-note strumming technique.