10 Easy Songs to Learn on Bass

From John Lee Hooker to Salt-N-Pepa, here are 10 simple songs you can learn on the bass in minutes.

If you are just beginning your bass playing journey, one of the best ways to test yourself and improve is to learn your favorite songs.

Luckily, Fender Play has a plethora of easily digestible lessons that highlight the basslines of some of the greatest tracks in modern music.

Whether you have a specific skill you want to hone or just a groove that you've been feeling, you'll find the ever-growing Fender Play has what you need.

So for those that want to dive into a tune, here are 10 easy songs any new player can pick up that sound great on bass from Fender Play. 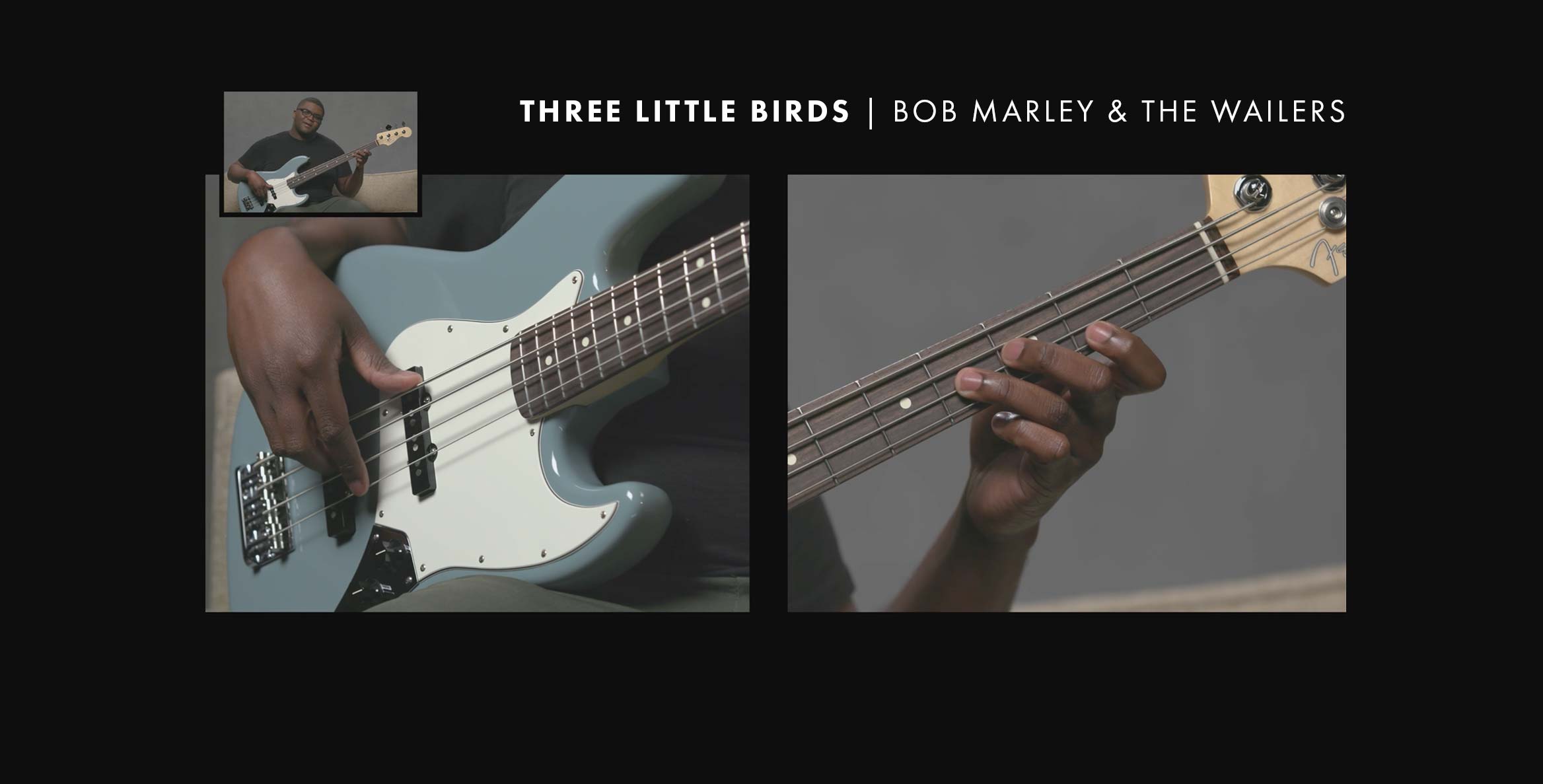 he second single from the influential album, Nevermind, "Come As You Are" was a huge success for Nirvana. Recorded in only a few takes, the guitar and bass riff is instantly recognizable.

Learn how to play "Come as You Are" on bass.

R&B vocal group the O’Jays have been active since 1958 and are known for their soulful harmonies. In the ‘70s they had many hit singles including “Love Train,” “Back Stabbers,” and “Now That We Found Love.”

Learn how to play "I Love Music" on bass.

3. The Black Crowes: "She Talks to Angels"

1990's Shake Your Money Maker brought Southern rock back into the forefront, as The Black Crowes rattled off hit after hit, including the soaring "She Talks to Angels." The bluesy ballad rose to No. 1 on the US Album Rock Tracks chart and No. 30 on the Hot 100. Songwriters Chris and Rich Robinson tugged on the heartstrings with their emotional lyrics recounting people they knew from the Atlanta rock club scene. Try your hand at this tune in this lesson, where you'll work on finger placement and alternate plucking.

Learn how to play "She Talks to Angels" on bass.

You've probably heard some iteration of John Lee Hooker's "Boom Boom," as the 1962 track was included in the Rock and Roll Hall of Fame's list of "The Songs that Shaped Rock and Roll," and it was also inducted into the Blues Foundation Hall of Fame. The Detroit artist created a signature boogie rhythm style that still resonates today. Here, Fender Play instructor Harley Duggan runs you through this bluesy rhythm to keep you grooving.

Learn how to play "Boom Boom" on bass.

"Longview" is the main single from Green Day's third album Dookie. The song was their first single to hit the top of the Modern Rock chart in the US and was their entrance into mainstream popularity.

Learn how to play "Longview" on bass.

Meghan Trainor's R&B-infused pop tunes proved irresistible to audiences, giving her a number one album, Title, in 2015, which produced the hits "All About that Bass," "Lips Are Movin," and "Like I'm Gonna Lose You," a duet with John Legend. This lesson from Fender Play instructor Nikki Stevens is a great refresher on how to play walking bass, which will help in a wide variety of genres.

Learn how to play "Like I'm Gonna Lose You" on bass.

Blues-rock trio ZZ Top introduced Texas boogie to the public with a series of hits in the '70s and '80s. The biggest of which might just be "La Grange," which appeared on the 1973 album Tres Hombres. It actually calls back to Hooker's "Boom Boom" in the line "a-how-how-how-how," and the traditional rhythm has been heard in a few blues songs that preceded it. "La Grange" has three distinct bass lines that feature various rhythms and range from playing the open string to the 7th fret.

Learn how to play "La Grange" on bass.

Fender Play instructor Pete Griffin runs you through bass techniques like string muting, eighth not rhythms and the notorious thumb slap in this lesson for Robert Cray's "Phone Booth." The song put the Stratocaster slinger on the map with contemporary blues fans with his soulful vocals and melding of blues, soul, gospel and jazz.

Learn how to play "Phone Booth" on bass.

If you're in the mood for some classic hip-hop, look no further than Salt-N-Pepa's "Push It," which pushed the all-female group to massive commercial success in the early and mid 1990's. If you're not up to speed on string muting, alternate plucking and raking on your bass, this lesson is where it's at.

Learn how to play "Push It" on bass.

Punk pioneers the Ramones influenced legions of musicians by stripping rock music down to its core and playing at speedy tempos with contagious ferocity. But to play the bassline from "Sheena Is a Punk Rocker," along with all other Ramones tracks, you'll need a pick and the ability to downstroke with reckless abandon. Fender Play instructor Darren McGuire breaks it all down with this classic punk song that highlights the Ramones' machine-gun formula.

Learn how to play "Sheena Is a Punk Rocker" on bass.

If you want to unlock hundreds of bass songs and skills, sign up to get a free trial of Fender Play.