By Jeff Owens and Mike Duffy

Nice Purfling: The Acoustic Vocabulary You Need to Know

Brush up on basic build, body and finish terminology. 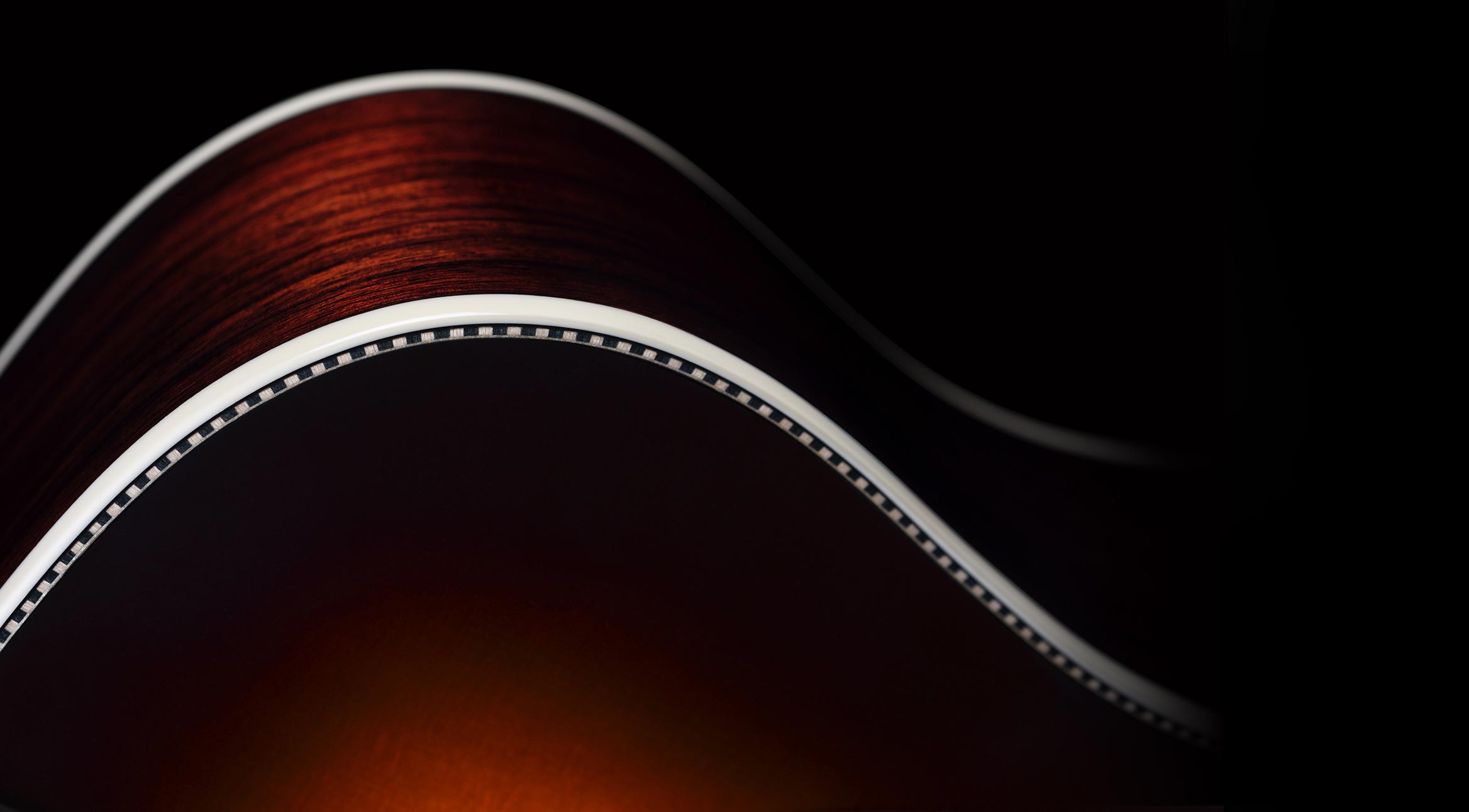 When coming across an acoustic guitar for the first time—especially a higher-end acoustic guitar—you’re certain to run across some terms you may or may not be familiar with. Some of these terms refer to various finer details of an acoustic guitar’s construction, hardware and look. So for clarity’s sake, we'll define several of these.

PURFLING - Ornamental inlay strips typically placed inside the binding around the edges of the top of a guitar (and sometimes the back). In common casual usage, people often don’t distinguish purfling from binding.

INLAY - When a luthier sets ornamental materials like mother-of-pearl or abalone into the headstock, neck, fretboard, rosette, back or sides of the guitar.

MARQUETRY - Ornamental strips of patterned wood inlay on a guitar body, usually found in rosettes or at joining points such as edge binding and center seams.

KERFING - Also called lining, kerfing is found inside an acoustic guitar and is not ornamental. It’s a strip of wood glued around the edges of the inside of the body in order to provide support and extra gluing surface where the top and back join the sides. This wood strip is kerfed, meaning that many small notches are cut into it so that it’s flexible and easily bent to the shape of the guitar.

ROSETTE - A ring around the sound hole that is both decorative and useful for reinforcement.

FINISH - The protective coating on the surfact of the guitar. Also offers a nice sheen.

SOUND HOLE - The round or similarly shaped hole cut into the guitar's top to give the amplified osund from the body the ability to project.

HEADSTOCK - The area at the end of the neck that holds the tuning machines.

FINGERBOARD/FRETBOARD - A semi-rounded layer of wood on top of the neck holding the frets that allow for chording the guitar strings.

HEEL - A curved piece of wood at the base of the neck that secures the neck to the body.

UPPER BOUTS - The area at the top of the of the guitar body that amplifies higher tones.

WAIST - The area in the middle of the guitar body where it curves inward towards the sound hole.

LOWER BOUTS - The outward-curved area at the bottom of the guitar body that amplifies lower tones.

BRIDGE - The part of the guitar that transmits the vibration of the strings to the soundboard (the top of the guitar), which then transfers the sound to the atmosphere.

TUNING MACHINES/TUNING KEYS/MACHINE HEADS - Geared tuners installed in the heads of most guitars that allow a player to increase or decrease tension on the strings, thereby increasing or decreasing the pitch of the string respectively.