Precision Bass or Jazz Bass: Which Is Right for You?

It's not easy to choose between these two legendary basses. Dig into the differences you need to know.

There was a time in recorded music history when there was no electric bass to complement the sweet sounds of the electric guitar, but that all changed when Leo Fender unveiled the groundbreaking Precision Bass in 1951. As the story goes, the amplified guitars of the time were beginning to drown out their accompanying acoustic standup bass players.

Enter the P Bass. Created to team with the popular Fender Telecaster both musically and aesthetically, the Precision Bass gave musicians something they never had previously—it could be strapped across their shoulders, it had frets and it could be plugged into an amplifier. All in a package that was more easily transported than a bulky double bass.

Fender further innovated the bass with the release of the Jazz Bass in 1960. Originally called the Deluxe, the Jazz Bass was conceived as a stablemate to the Jazzmaster guitar, which was introduced two years prior.

For over five decades, artists have fallen in love with both the Jazz Bass and the P Bass, and the debate over which one to choose has raged for just as long.

Looking for a bass guitar? Our interactive gear guide, FindYour.Fender.com, matches you with the perfect model by learning about your sound & style. You’ll be well on your way to finding the right bass guitar for you.

To wit, here is a list of notable artists associated with the Precision Bass and Jazz Bass, in addition to a breakdown of the core differences that have existed between the two instruments, namely the neck, the body shape and the pickups:

Who Plays a Precision Bass?

Who Plays a Jazz Bass? 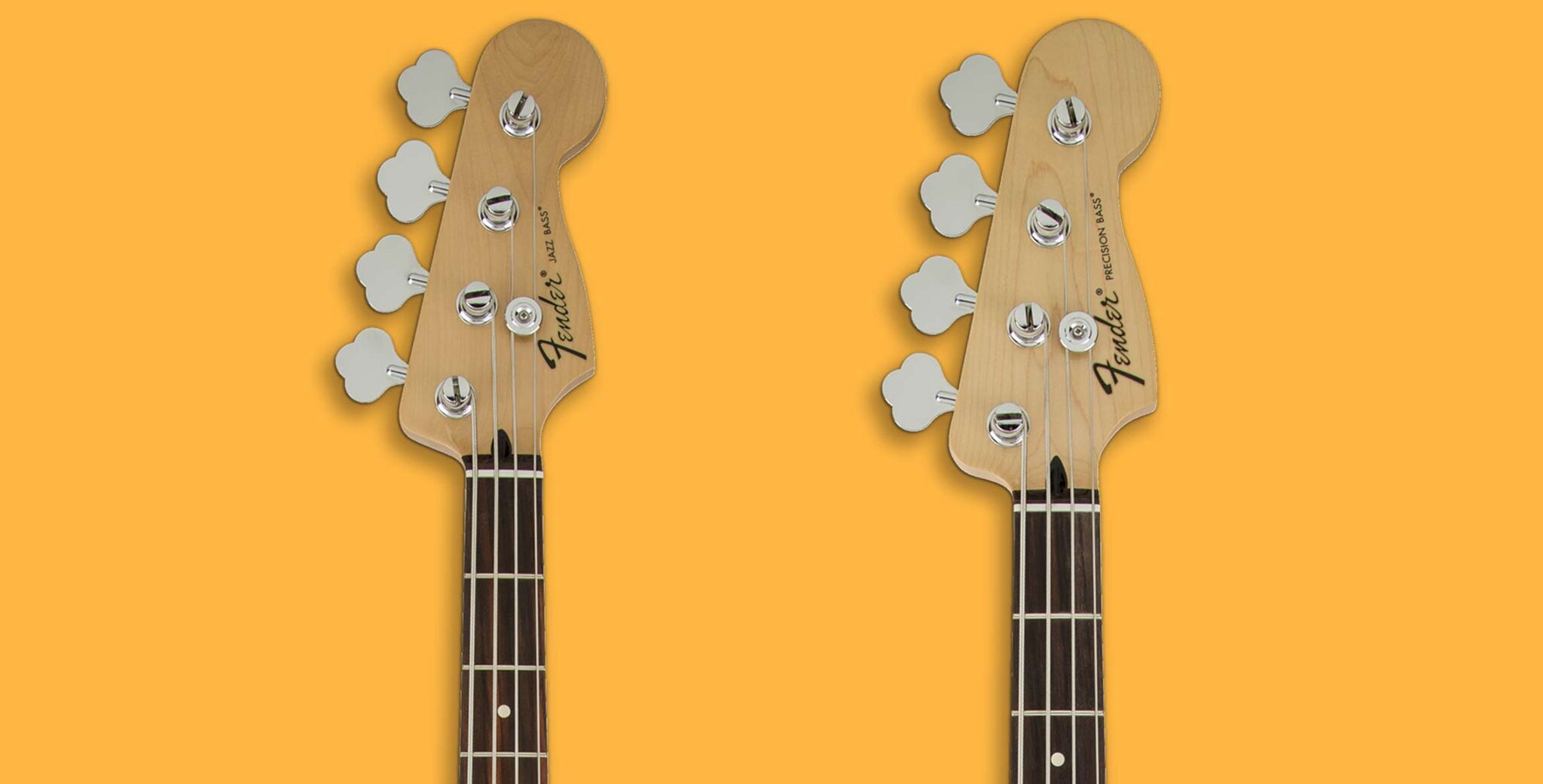 Nobody will ever mistake a P Bass neck for a Jazz Bass neck.

While most current P Bass and Jazz Bass models feature a modern “C”-shaped neck, generally made of maple, they are distinct in their feel. The Precision Bass neck is meatier at the nut (roughly 43mm) and maintains a pretty consistent thickness along its length. 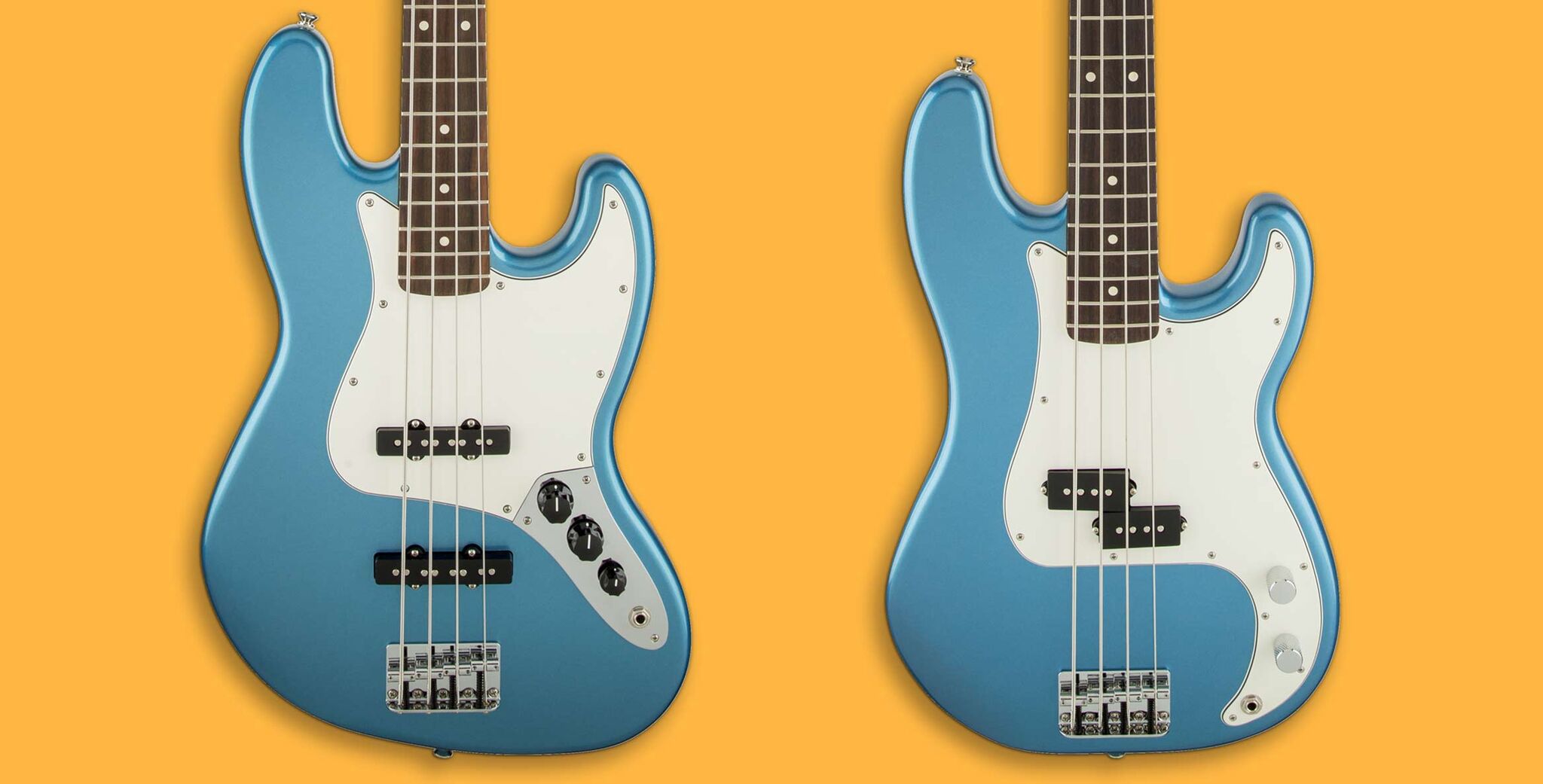 When the P Bass first hit the scene, it had quite the distinct look. While it was reminiscent of the Telecaster, its double cutaways were unprecedented. From 1951-54, it was a “slab” body, but thereafter it gained body contours just like then new Stratocaster, making it more comfortable to hold.

The Jazz Bass offered another take on the P Bass, with a sleek offset waist, just like the Jazzmaster, that moved the body away from the player’s picking arm. 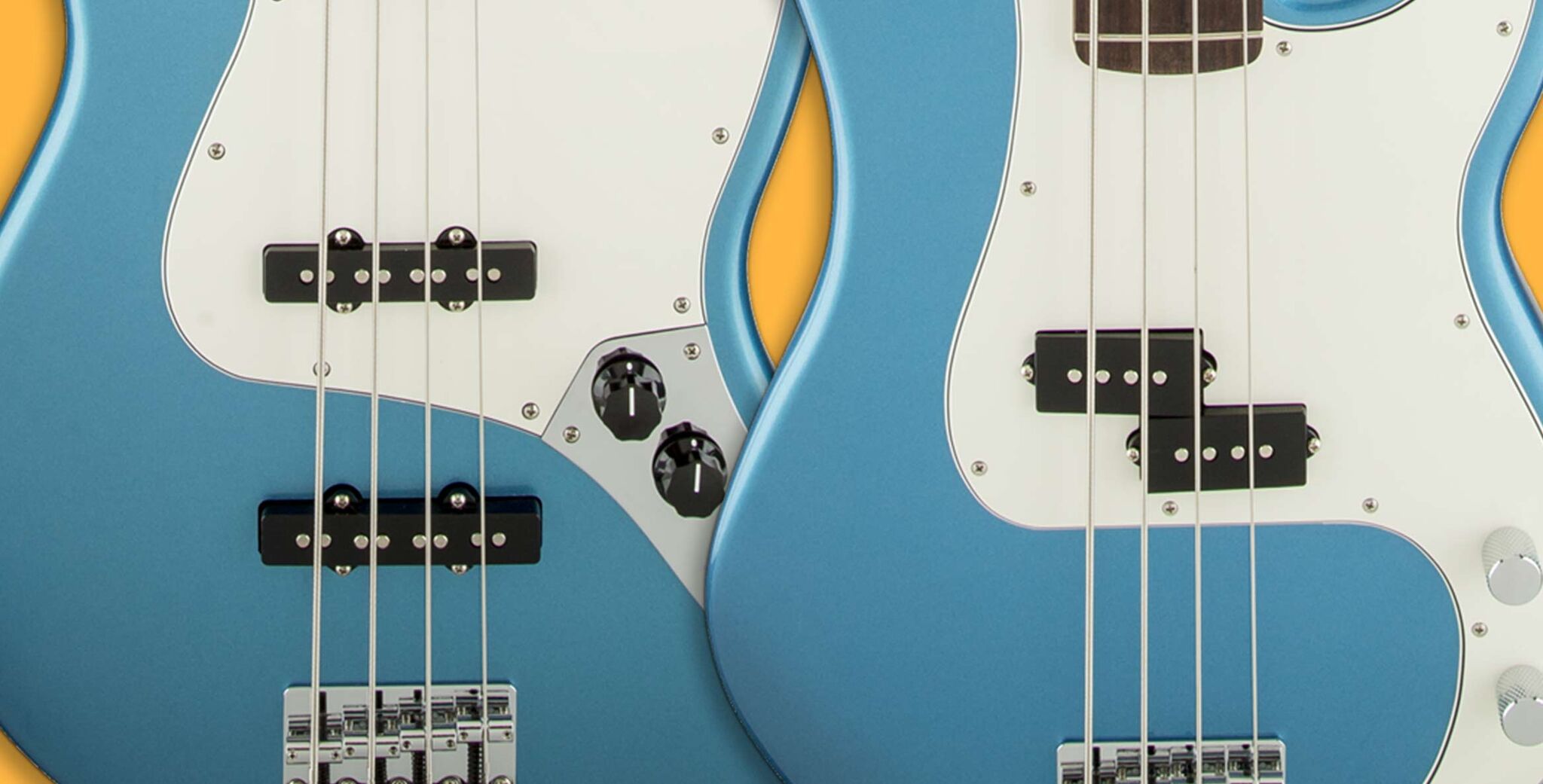 The original P Bass pickup was a chrome-plated single-coil, but in 1957, it was updated to a hum-canceling split-coil pickup with staggered polepieces that delivered thunderous low-end and clear high-end.

The Jazz Bass featured dual single-coil pickups with two polepieces per string, giving it a brighter, more trebly tone with healthy midrange growl. Some bass players believe that having the ability to adjust each Jazz Bass through two volume knobs and a master tone circuitpickup gave them more sound variations.

Which Bass Is Right for You?

The decision whether to go with a Jazz Bass or Precision is best left up to the player. Both basses have been used across all genres of music with a legacy that is unmatched by their peers, so there's really no way to go wrong.

At the end of the day, it comes down to look, feel and sound, so go to your local music retailer and audition both models (or maybe a few of each) to gauge what's best for you.

If you want to learn more about your bass, head over to Fender Play. And if you're not a member yet, click here for a free trial.