What is a Minor Scale on Guitar?

Learn how to build the natural, harmonic, and melodic minor scales on guitar and access free minor scale lessons with Fender Play.

Learn the Minor Scale on Guitar

While major scales typically sound upbeat and cheerful, minor scales have a sadder, more dramatic tone to them. Learning to play minor scales can help you to add new dimensions of sound and emotion to your playing.

Not only does practicing guitar scales help you build an ear for notes, playing these scales can help you get faster and more precise with your fretwork. It can also help you to play songs you love and give you some of the building blocks to start creating your own original music.

Before we dive into some of the musical theory behind minor scales, it’s important to understand the mechanics of a scale. Every scale -- major or minor -- consists of a sequence of seven notes in ascending or descending order. The eighth note in a scale is a higher version (or lower, if descending) of the first (or “root” note) that bookends that octave.

With the generalities of scales out of the way, let’s get started learning more about the different types of minor scales!

There are several different types of minor scales. Three of the most common minor scale patterns are:

In this lesson, we’ll talk about each of those three types of scales and the formulas you can use to play them in any key.

In order to build these minor scale formulas, you’ll look at the intervals between each of the notes on the scale. Intervals are another name for the difference in pitch between two adjacent notes. This difference can be a whole step or a half-step. (Or in some cases, one-and-a-half steps.)

Starting on the 1st (or root) note of a scale, you’d use this formula to play the natural minor scale with the following intervals:

For an example of a natural minor scale, let’s look at the E minor scale. 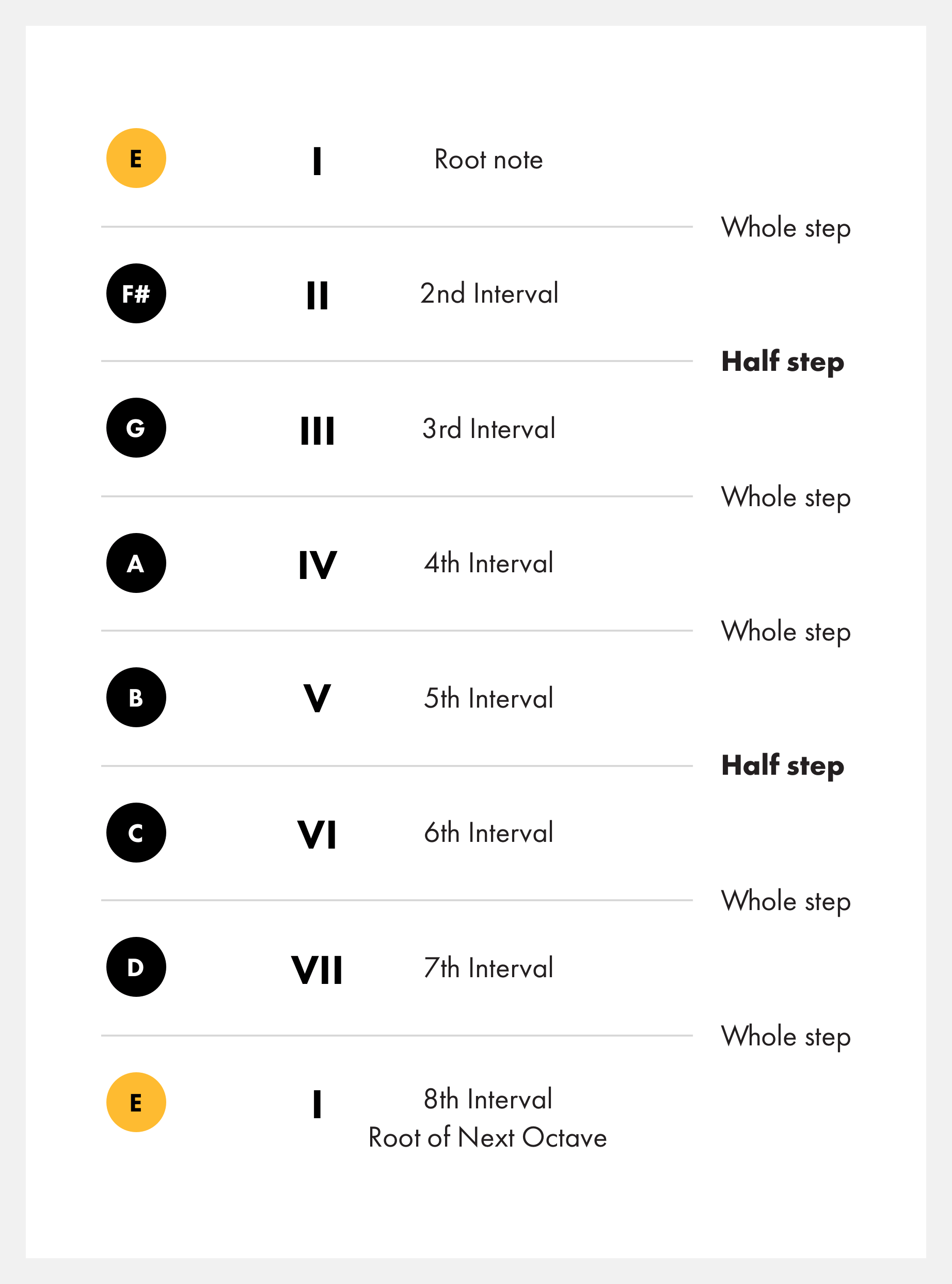 Hear the E minor scale for yourself and learn some of the finger patterns used to play this scale with this lesson in Fender Play: E Natural Minor.

The harmonic minor scale is slightly more difficult to play than the natural minor scale. It sounds a little different, rising in pitch near the end of the octave, thanks to a raised 7th note that goes up in tone by an additional half-step.

Starting on the 1st (or root) note of a scale, you’d use this formula to construct the harmonic minor scale with the following intervals: 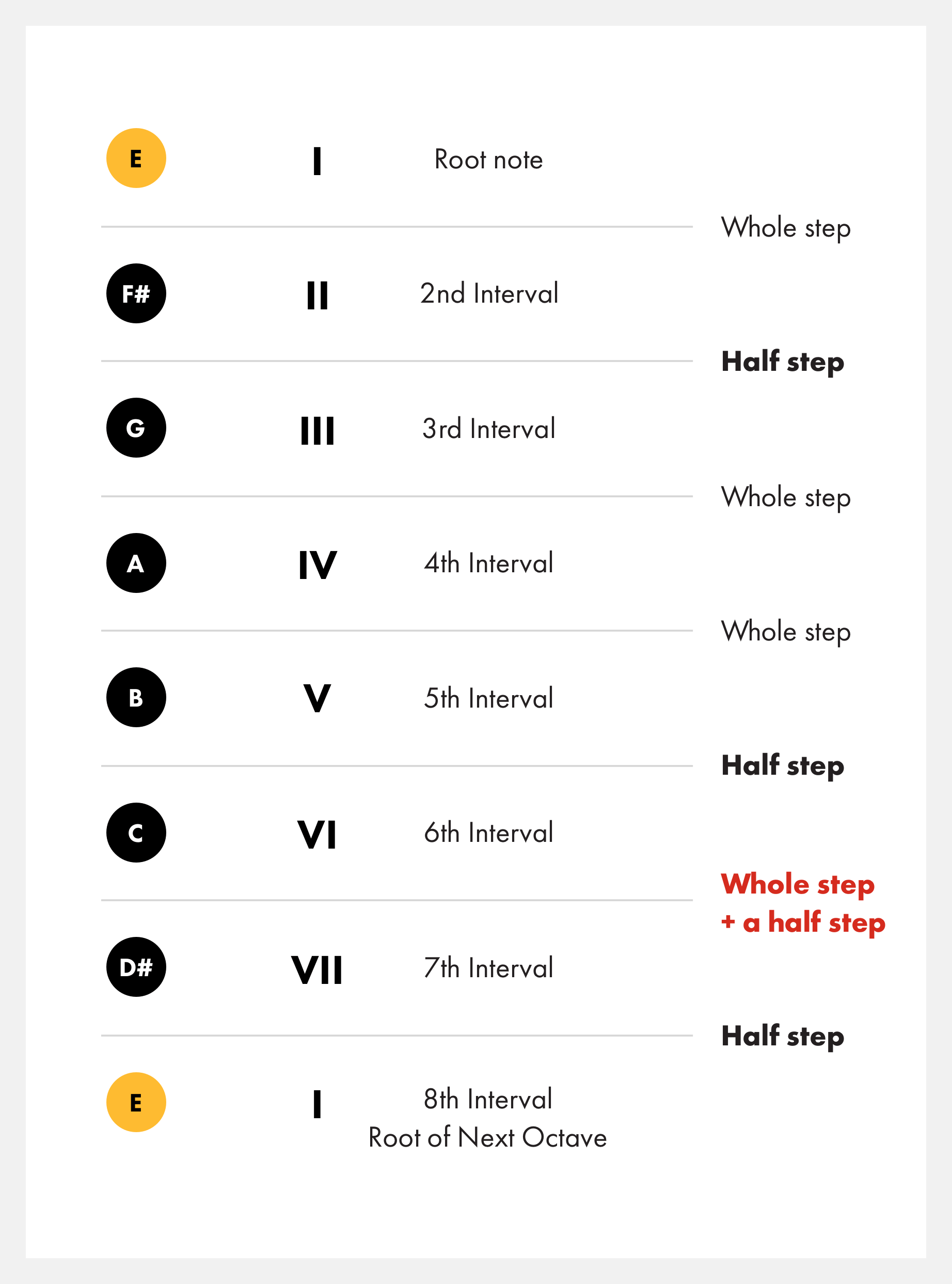 Sign up for Fender Play to hear the E harmonic minor scale for yourself and learn some of the finger patterns used to play this scale: E Harmonic Minor Scale.

The most difficult of these three minor scales is the melodic minor scale. 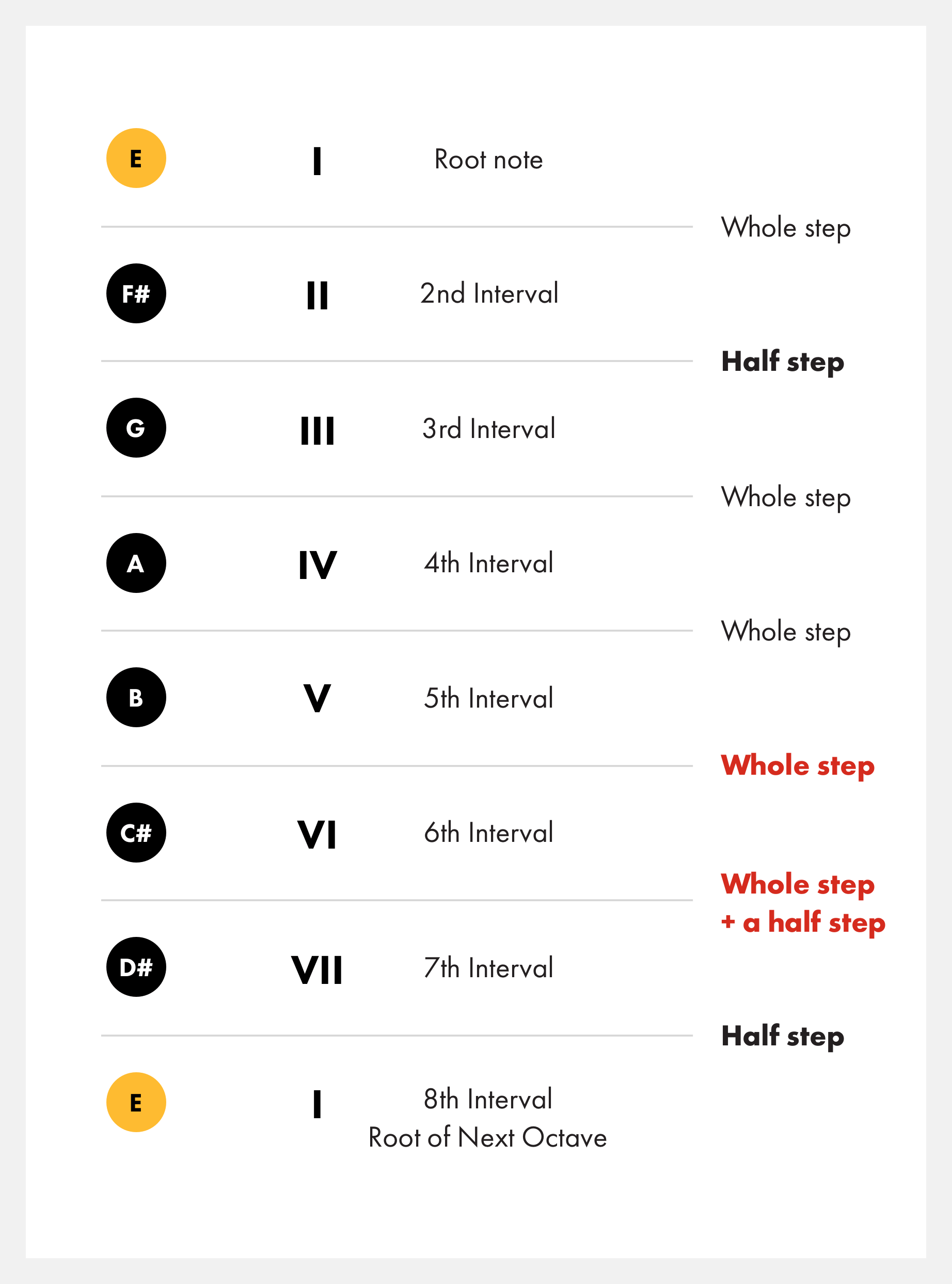 It’s important to note that this pattern applies only when you are ascending. When you are descending, revert back to the natural minor scale pattern we discussed in the first section of this article.

Now that you understand some of the common minor scale patterns, let’s learn some more minor scales. Each free lesson shows you the notes and musical theory behind a specific scale, as well as a few different positions to play it.

Check out the Moveable Pentatonic Scales collection in Fender Play to Learn fretboard mapping and application using minor pentatonic scales in 5 of the most commonly used guitar keys. 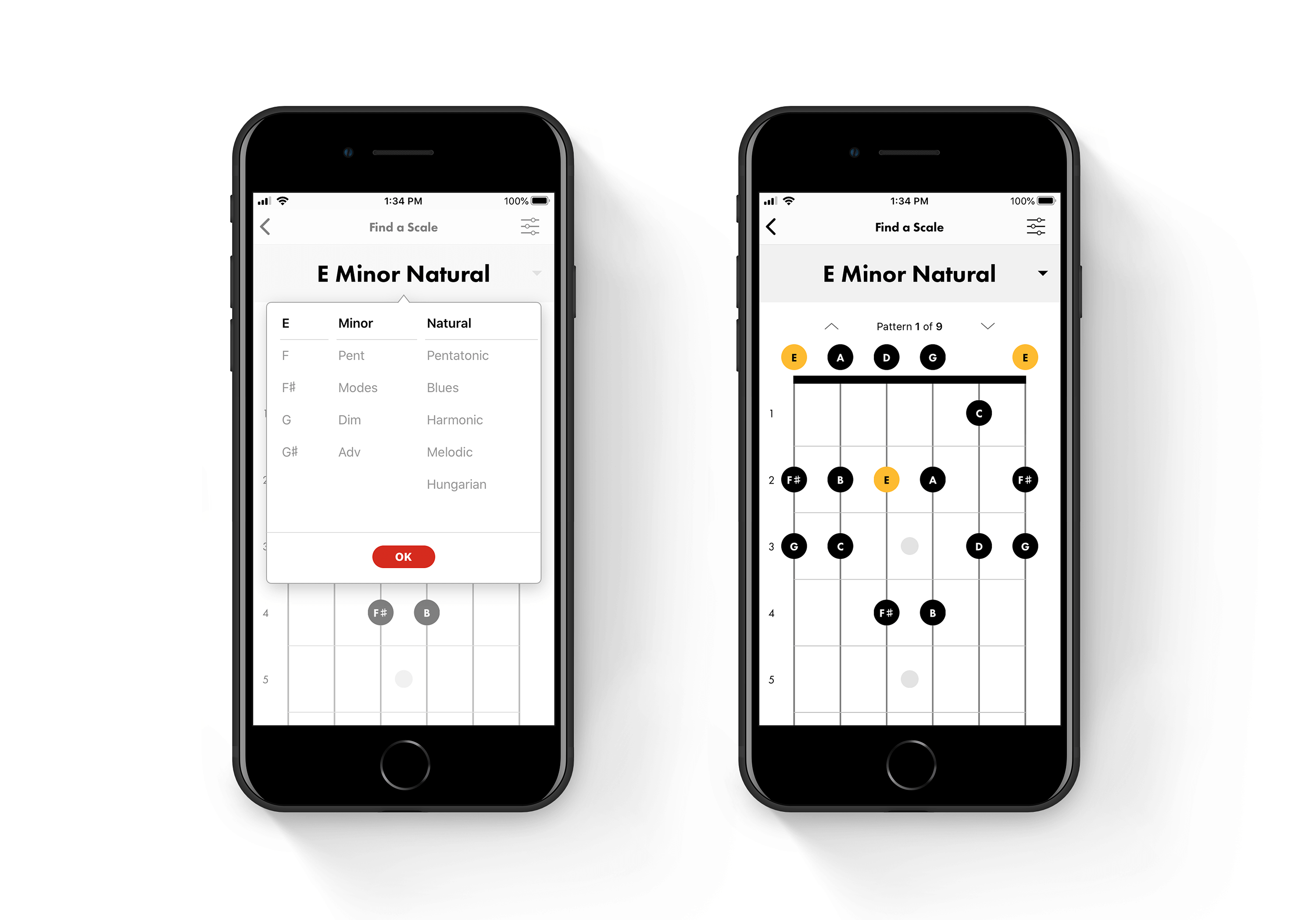 Learning to play guitar takes time, so be patient and stick with it! Understanding minor guitar scales can help you to master the guitar and learn to play songs in new ways. It can also help you create your own music and improvise guitar solos.

Once you’ve tried your hand at playing a few versions of the E minor scale shown here, you can unlock new lessons with a free trial of Fender Play. Learn to play specific minor scales and run through drills to help you build finger dexterity. You can put those skills into practice and learn to play hundreds of songs in the Fender Play library, too! Check out Fender Play to keep learning and playing!