How to Play the E Minor Guitar Scale

This minor scale is a major rock essential.

The E minor scale is an excellent way to learn some new sounds on your guitar. Right away, you’ll notice that the E minor scale sounds sadder and darker than bright and cheery major scales. This musical mood swing comes down to the difference between major and minor.

Major and minor chords evoke different emotions thanks to one small change in the scales they’re based on. Simply lowering the third note of any major scale one half step gives you that melancholy minor sound.

In this lesson, you’ll learn the notes in the E minor scale, as well as the hand and finger positions on your guitar. Building on these basics, we’ll cover chords using the same notes, allowing you to play a harmonized E minor scale. Knowing which chords complement the E minor scale gives you the power to understand lead and rhythm guitar parts written in this scale.

The E minor scale is made up of seven notes:

The hashtag symbol next to the F tells you that the F is “sharp,” one fret (or a half-step) higher than the natural note F.

Like every scale on the guitar, you can play the E minor scale in several different positions. Let’s take a look at each one and the hand and finger positions you’ll use to play each note.

One way you can learn to play the E minor scale is by using the guitar neck scale diagrams below.

On these diagrams, the numbered dots show you where your fingers will go on your guitar’s fretboard to play the scale. Each finger of your fretting hand has a corresponding number that shows you the proper finger placement to play this scale. Here’s how they are numbered:

White dots in the diagram represent open strings, which you play without fretting.

Like all guitar scales, you can play the E minor scale in several different positions. Each position requires its own particular finger placements and hand positions. 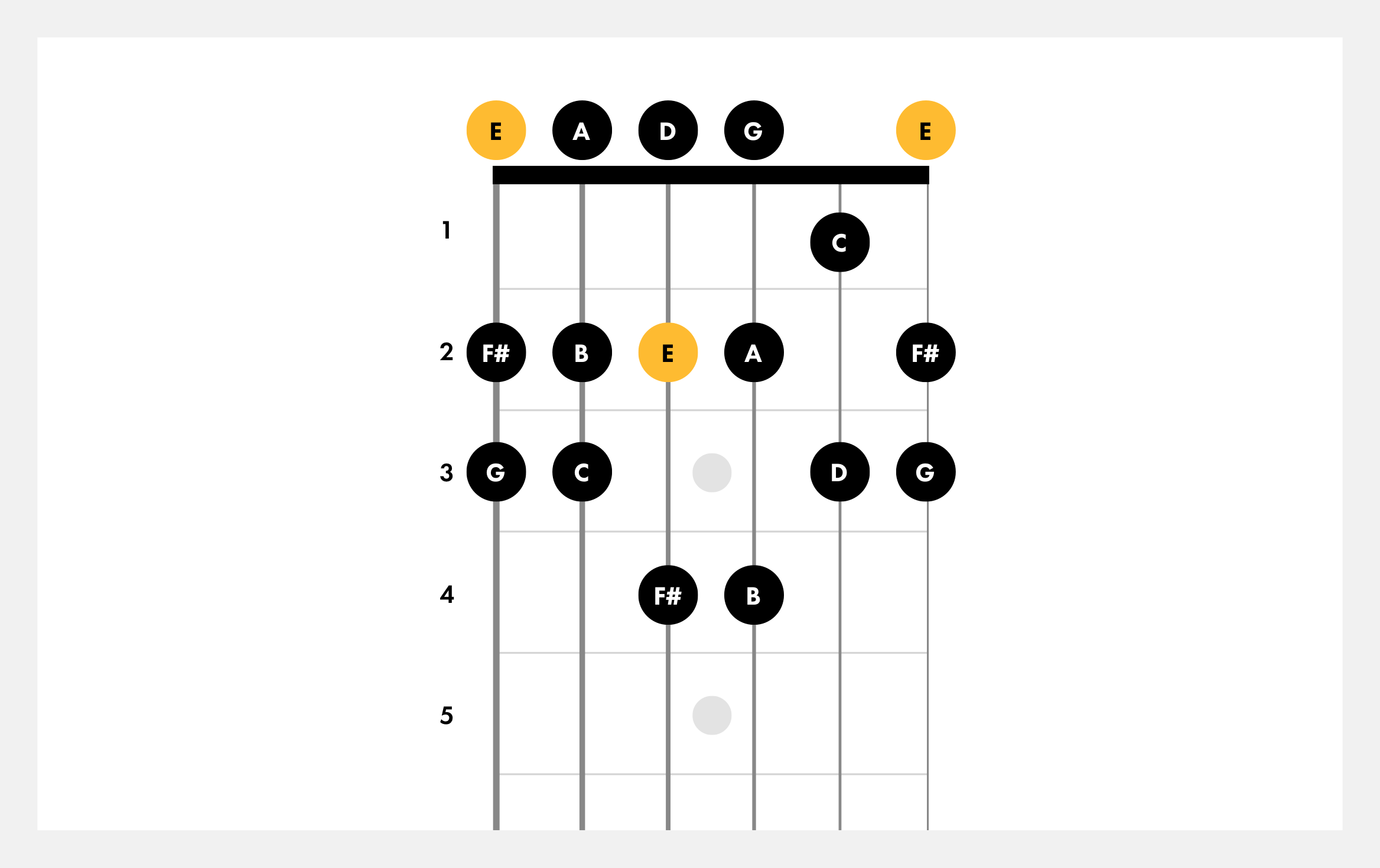 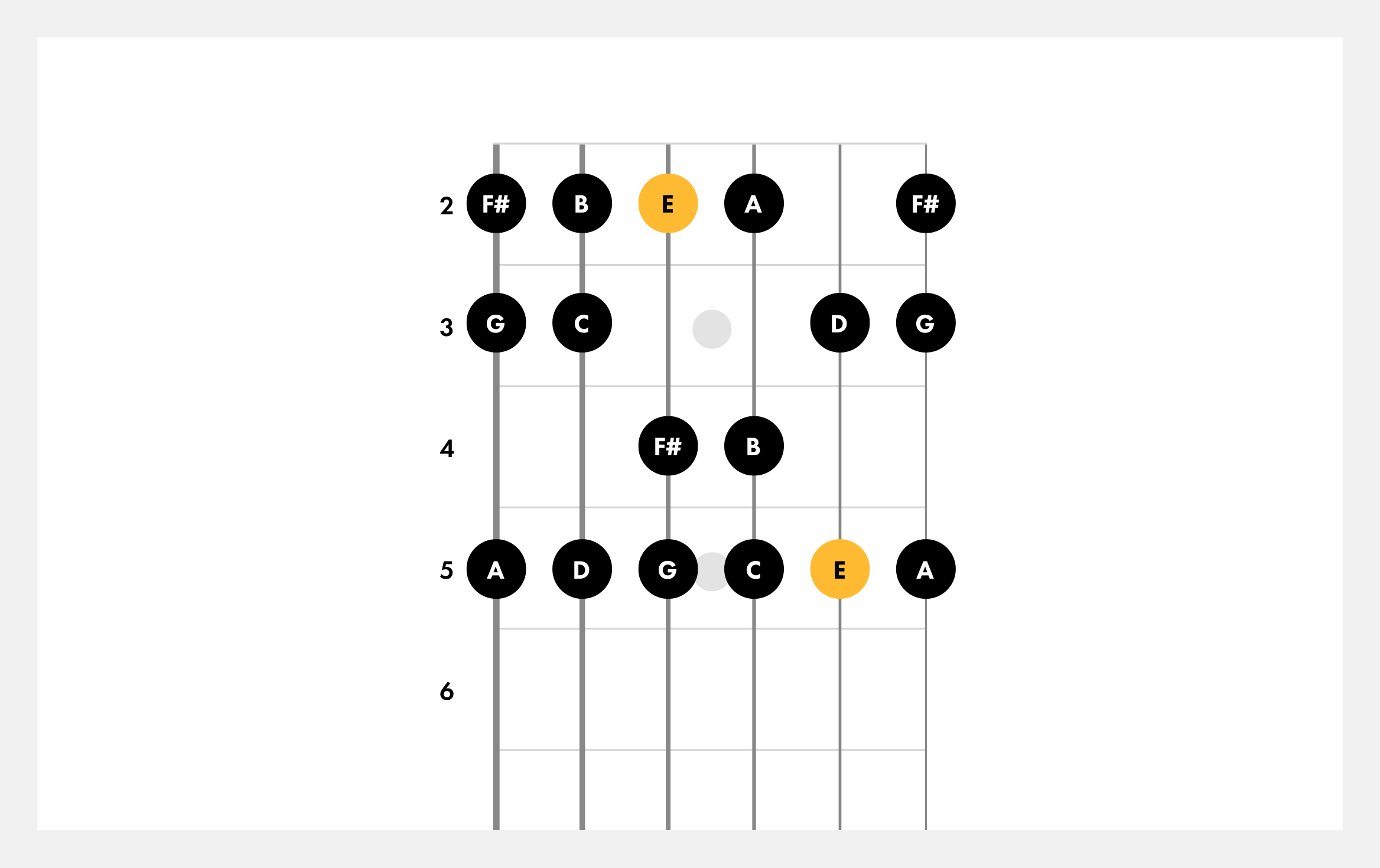 Playing the E minor scale in seventh position requires positioning your hand up to play notes on the seventh, eighth, ninth, and tenth frets as shown in the diagram below. 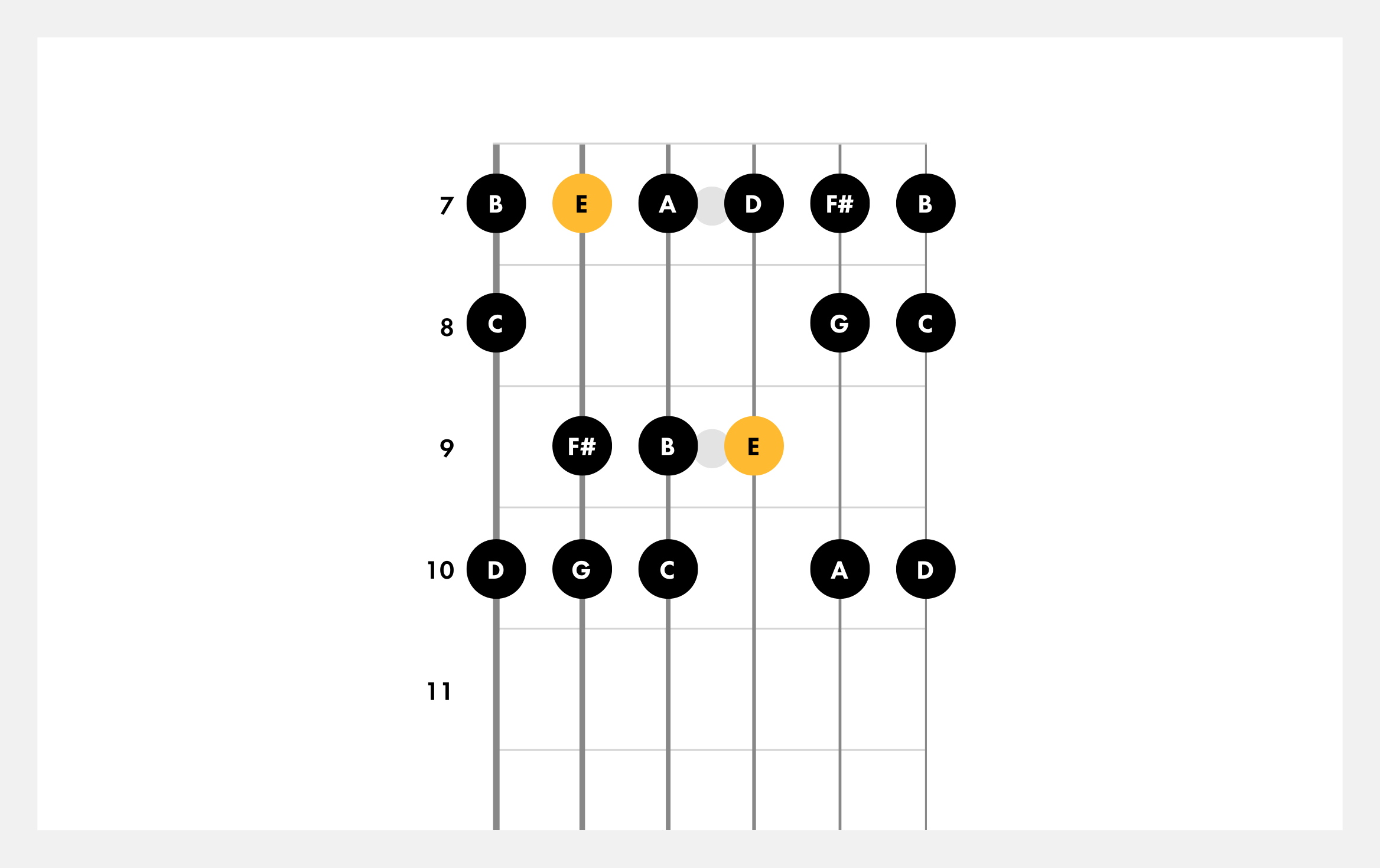 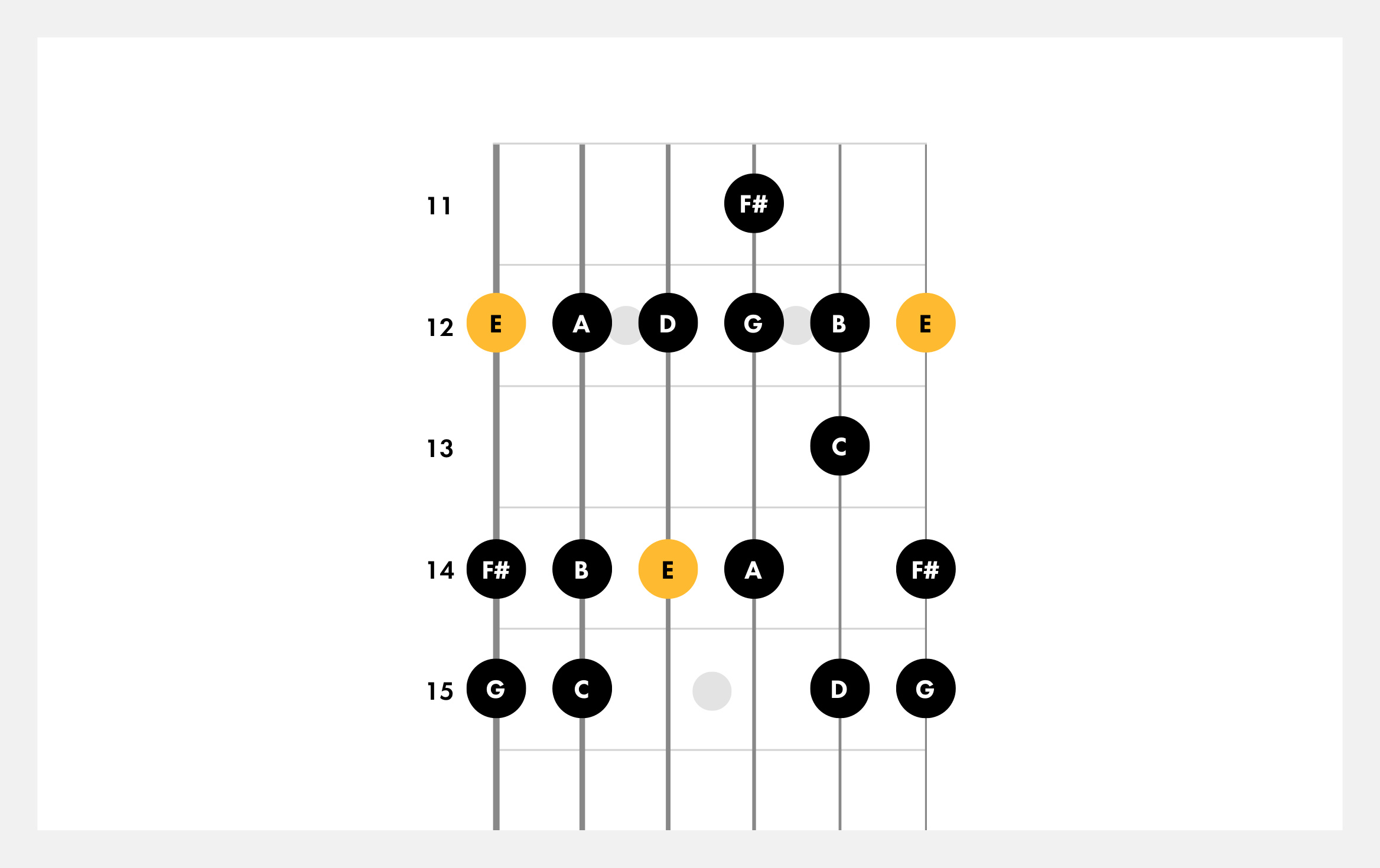 The B minor chord is made up of the root B, the minor third D, and the perfect fifth F#. To play this chord on your guitar, you’ll need to study barre chords. Learn how to play the B minor chord here.

As you’re learning, it’s best to start slow and focus on getting each note to sound clear while using the proper finger positions. Once you’ve built up dexterity and strength, you’re ready to start playing faster.