How to Play the C Major Guitar Scale

Learn one of rock music's most essential guitar scales.

The C major scale is a great guitar scale for beginners to start with because many other instruments, like the piano, are played in the key of C. This will help you learn to play along with other instruments as you advance in your guitar-playing journey.

Part of what makes the C major scale great scale for beginners is that it does not contain any sharps or flats (think of playing only the white keys on a piano). This allows you to hear each note in its purest state

In this lesson, we’ll go over the notes in the C major scale and hand and finger positions. Once you’ve mastered the basics, you’ll be able to add chords using the same notes to create a harmonized C major scale. You can harmonize the C major scale (and any other scale for that matter) by adding chords that contain the notes from the scale. (We’ll get into that more below!) The first step to learning a scale is to understand which notes you will play.

Next, we’ll go over the C major scale positions so you’ll know which hand shapes and fingers to use to play each note on each string.

In order to play the C major scale, you’ll need a basic understanding of how to read guitar neck scale diagrams. In the example below, the numbered dots represent how the scale pattern appears on your guitar’s fretboard. The individual numbers correspond to each finger to show you which one to use for each note. Use this key to determine proper finger placement:

The white dots in the diagram represent the open strings.

There is a different scale position for each of the notes in the C major scale (C, D, E, F, G, A, and B). Each note of the scale has its own position. 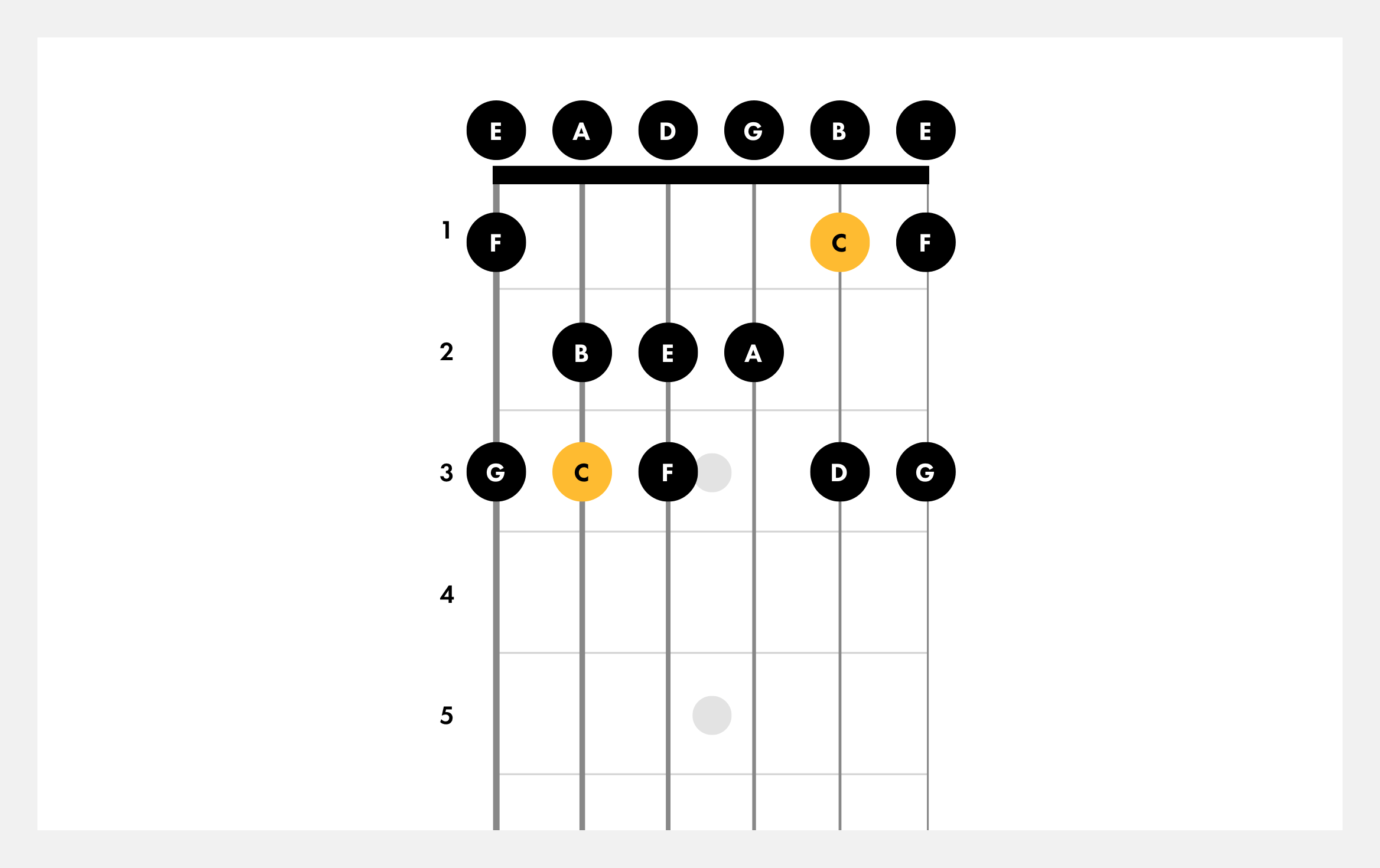 C major in 1st position adds in the fourth fret. You can see the notes you’ll play in this position in the diagram below. 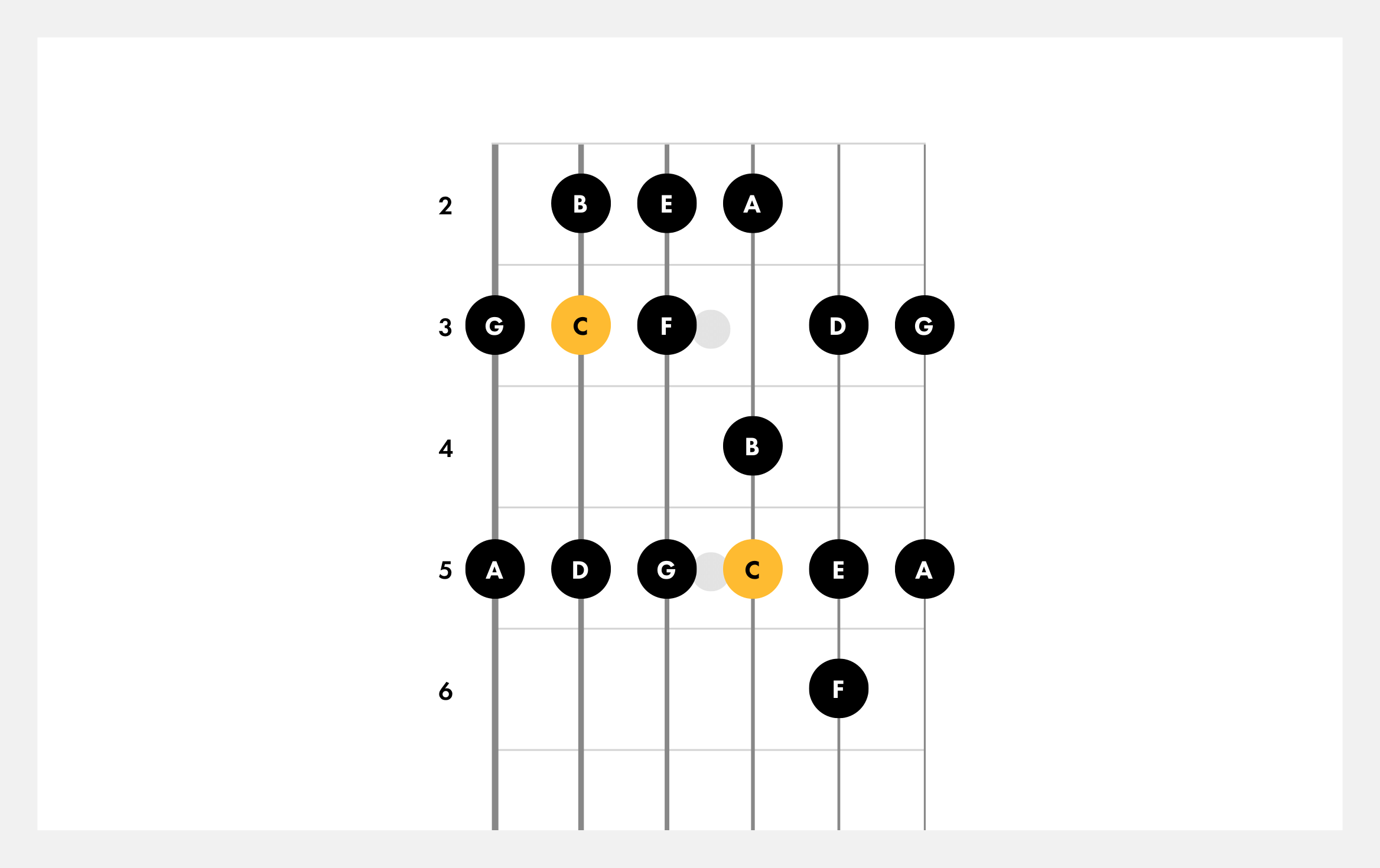 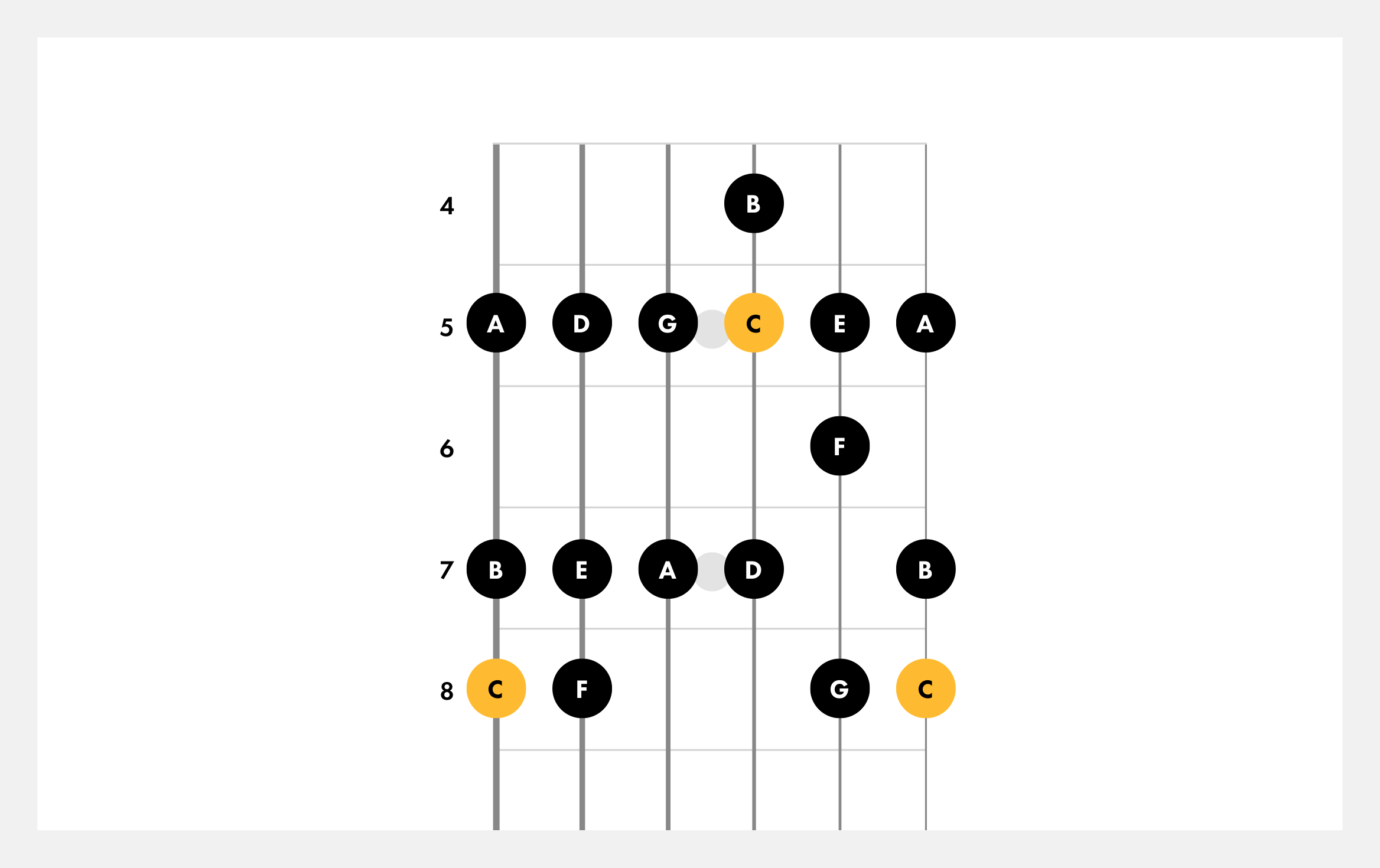 Playing C major in 7th position uses the seventh, eighth, ninth, and 10th fret. While this sounds like you’ll incorporate a lot of new frets, this position actually requires less shifting around compared to 4th position. 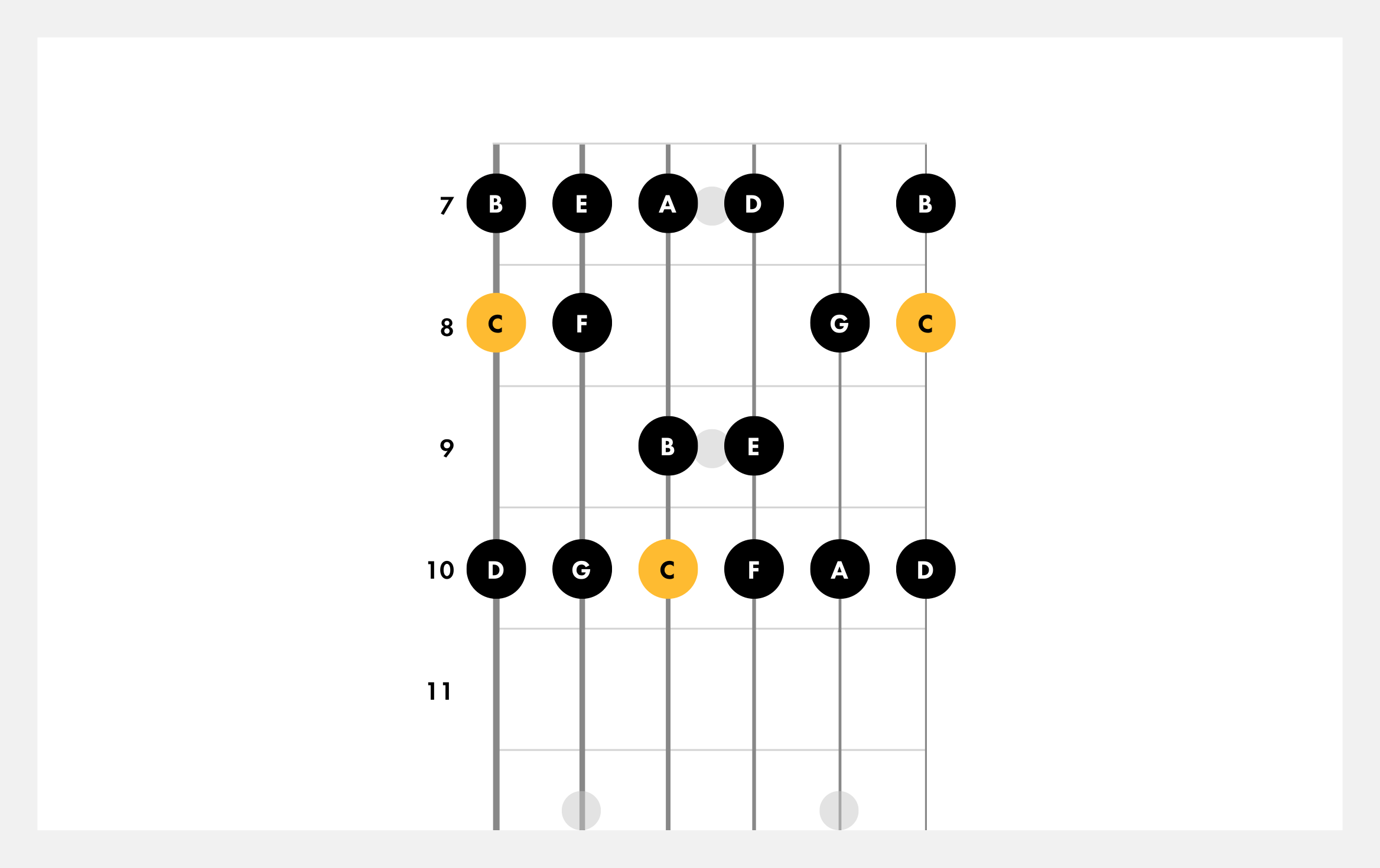 Beginning on the high “E” string, you would play the C Major scale like this. (Then you’d play it in descending order to hear it in reverse.)

C Major Scale Starting on the lo A or 5th string

To hear the C Major scale on a lower register, you can begin playing it on the A string like this:

Starting on the D (4th string), you can play the C major scale like this. The bulk of your fingerwork will be concentrated on shifting your positions across the B string -- spanning between the 10th and 13th frets.

Another way to play the C Major scale is to start on the G (or 3rd string), beginning on the 5th fret and concentrating your fingerwork on the high “E” string, spanning the 5th and 8th frets, descending back to the G string.

For D minor, the root note is D, the minor 3rd is F, and the perfect 5th is A. Check out how to play the D minor (or Dm) chord here.

Another minor chord that corresponds with the C major scale is the E minor (or Em) chord. In E Minor, the root note is the E, the minor 3rd is the G, and the Perfect 5th is the B. Learn how to play it.

Switching from minor chords that work within the C major scale, we shift gears back to major chords. Following our formula for F major, the root note is F, the minor 3rd is A, and the perfect 5th is C. Discover how to play the F major chord here.

For G major, the root note is G, the major 3rd is B, and the perfect 5th is D. Here’s how to play the G major chord.

For the A minor chord, the root note is A, the minor 3rd is C, and the perfect 5th is E. Learn how to play the A minor (Am) chord.

This chord consists of the root note of B, the minor 3rd D, and the perfect 5th F. This diagram shows you how to properly position your fingers to play the B dim chord.

To tie everything together and help you learn the C major scale, let’s try some C major guitar exercises. Make sure you’ve practiced the C major chords and the guitar positions above before tackling these exercises. Once you have memorized those chord forms, these exercises will help you to keep your fingers nimble and more easily find their way along the fretboard.

The best way to learn the C major scale is to literally practice from the lowest root note to the highest root note forward, playing the notes in both ascending and descending order. That’s exactly what we’ll do in these exercises!

Referencing the scale tablature above, you can practice these drills and exercises in the open, first, fourth, or other positions. Try playing each one -- forward and backward -- to see how different each one sounds in terms of tone and octave. Regardless of what position you play the C major scale, it will still include the same notes, but some may be at a higher or lower pitch than others.