Slowhand's "mongrel" Stratocaster is among the most famous guitars in history. Here's the story.

Of all the legendary guitars Eric Clapton has wielded throughout his long and storied career, perhaps the most famous of them all is his chipped, scratched and cigarette-burned black Fender Stratocaster; better known to the world as “Blackie".

While the guitar’s nickname is derived from its obsidian finish, the question of what model year Blackie actually is could best be answered with, “It’s complicated.” Clapton himself has referred to it as a "mongrel" guitar.

Blackie's journey to fame began some time in 1970. Clapton found himself at Sho-Bud guitar shop in Nashville and perusing a back room of the shop, the former Yardbirds and Cream guitarist came upon a rack of vintage Strats from the 1950s. Strats had been on his mind after being intrigued by a white Strat he had seen his future Blind Faith bandmate Steve Winwood playing. (For his part, Winwood, speaking to Vintage Guitar in 2008, revealed, "I didn’t realize that I had convinced Eric to play the Strat until reading his book.")

As Clapton wrote in the introduction of The Stratocaster Chronicles (2004), "They were so out of fashion you could pick up a perfectly genuine Strat for two hundred or three hundred dollars—even less! So I bought all of them." A similar haul of mid-'50s Strats today would be worth hundreds of thousands of dollars.

Clapton gave one of the guitars to Pete Townshend, one to Steve Winwood and another to George Harrison. He kept the remaining three for himself.

He played all three for a while, but ultimately, he liked the idea of having a black Strat. However, while the black ’56 Strat he bought at Sho-Bud had a good body, he preferred the neck of another one of the guitars. So he decided to take all three guitars to legendary Nashville luthier Ted Newman Jones to assemble his ultimate Strat.

“I kept two or three for myself and built this [Blackie] out of those. With pickups from one, scratchplate from another and the neck from another,” Clapton told Christie’s Auction House in 2004. “It is such a personal thing–I almost made this guitar myself–from different components, and I’ve never done that before or since.”

Using the ’56 Strat’s alder body with its black lacquer finish and the one-piece maple neck with its hard “V” shape from a ’57, Jones began piecing together Clapton’s dream mongrel. The pickups were all standard Strat pickups; two were original from the mid-50s, and a third was from 1970.

Speaking to Vintage Guitar in 2004, Lee Dickson, who has been Clapton's guitar tech since 1979, said that while the guitarist doesn't use a tremolo bar, he likes vibrato guitars, noting, "We block the vibrato behind the bridge and tighten up the (vibrato) springs, so it stays pretty solid.”

Blackie made its live debut on Jan. 13, 1973 at the Rainbow Concert, which was organized by Pete Townshend. The guitar would be Clapton’s main axe for the next dozen years. It’s the guitar he used to record many of his definitive tracks as a solo artist, including “Cocaine", “I Shot The Sheriff", “Lay Down Sally", and several live versions of “Layla".

Clapton wielded Blackie onstage at a number of iconic concert appearances, including the ARMS Charity Concerts for Multiple Sclerosis research in 1983 and Live Aid in 1985.

However, the years of constant use began to catch up with Blackie. Over the years, it has had more than one fret job and some pickup adjustments. A five-position switch replaced the three-position pickup toggle, and Dickson also replaced a volume pot.

With its neck wearing dangerously thin, Blackie was retired from live duty in 1985 at the conclusion of the U.S. leg of the Behind the Sun tour. The guitar’s final regular appearance came on May 1st, 1985 at the Hartford Civic Center in Hartford, Connecticut.

“I had so much affection for the guitar that I didn’t want to work it anymore really,” Clapton explained to Christie's. “I think it was time to retire it, because it was getting thin. The neck was beginning to wear down.”

Although even after being retired from regular use, Blackie was still used on recordings and trotted out for an occasional appearance, such as in the 1990 commercial Clapton did for Honda. The guitar’s last known live appearance came in 1991, when Clapton brought Blackie out for a number during a run of 24 shows he did at London’s Royal Albert Hall between February 5 and March 9 of that year.

In 2004, Blackie was auctioned off to raise money for the Crossroads Centre Antigua, the drug and alcohol treatment center Clapton founded in 1997. Blackie was sold at Christie’s Auction House in New York to Guitar Center for $959,500, setting a record at the time for the world’s most expensive guitar. Reflecting on the sale in his autobiography, the guitarist admitted saying goodbye was difficult: "It was hard. We had traveled a lot of miles together."

The legendary guitar’s lives on thanks to a limited run of Fender Custom Shop reissues of the guitar that are identical to the original. Blackie also served as the template for Clapton’s signature guitar, the Eric Clapton Stratocaster, which the guitarist himself has used as his primary axe since 1988. 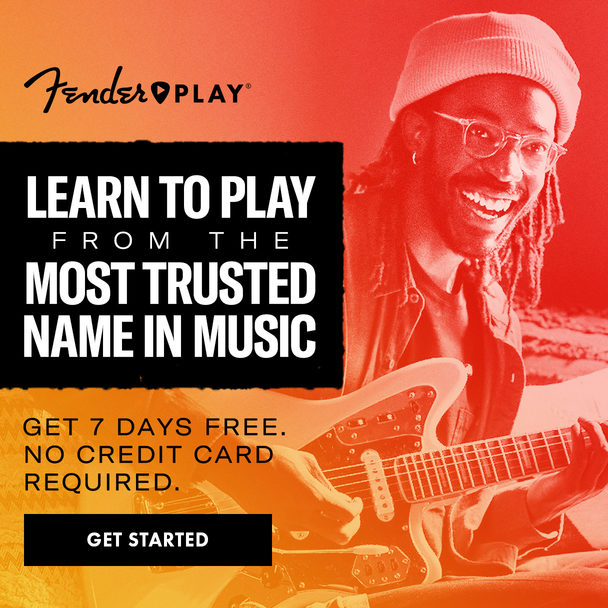