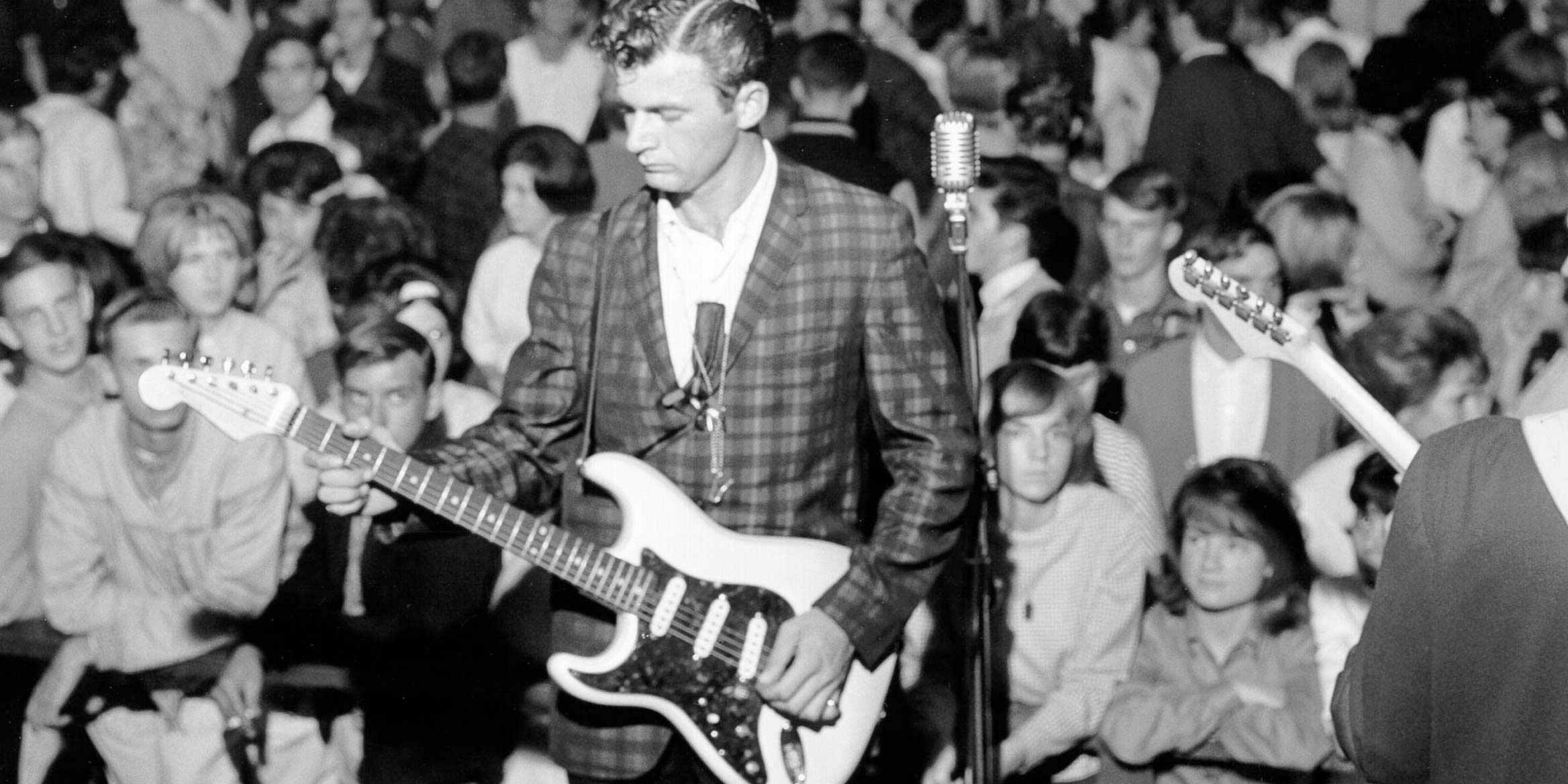 Known as the “King of the Surf Guitar”, Dick Dale invented the genre with his fierce, never-before-seen style and was often imitated but never duplicated by artists around the world.

Born Richard Monsour in Boston in 1937, Dale was exposed to music at a young age. The son of a Lebanese father and Polish mother, he was fascinated with the stringed instruments of both cultures.

As a child, he was also impacted greatly by big-band drummer Gene Krupa, a factor that explains the ferocious percussiveness of Dale’s playing.

When he moved to Southern California with his family in 1954, Dale immersed himself in the burgeoning surf culture at the time.

All of this eventually came together to form Dale’s unique and magical approach to the guitar.

Sadly, Dale passed away Saturday night at the age of 81, as confirmed by Dusty Watson, a drummer who played live shows with him. No cause was given.

To further explain Dale’s six-stringed wizardy and celebrate his life, here are seven facts about one of the greatest Stratocaster slingers of all time:

1. Dale Originally Wanted to Be a Cowboy Singer

Dale started playing the piano at age 9, but he got a ukulele to teach himself country songs with the help of an instruction manual. Soon, he graduated to the guitar and began to develop his signature sound, melding together the rhythm of his first musical hero, Krupa, the surging rush of the ocean’s waves and the Arabic mandolin-like instrument, the oud.

2. Dale Did It Wrong

Famously, the left-handed Dale’s trademark staccato picking stems from playing a right-handed guitar upside down. But this was no Jimi Hendrix-esque modification. Hendrix, a fellow lefty, restrung his guitars when he flipped them over, but Dale kept his strung the way they were, with the heaviest strings on the bottom. Because this reverses the angle of the bridge pickup, Dale achieved more high-end bite on the bass strings and warmer treble tones.

3. Dale’s “Beast” Was Not for the Faint-Hearted

Dale’s battle-worn gold Stratocaster, nicknamed “the Beast”, was outfitted to be played loud, as it boasted massive .016-, .018- and .020-gauge unwound strings and .039-, .049- and .060-gauge wound strings that produce tremendous tension. When on stage, Dale didn’t necessarily break strings—he practically burned through them, thanks in part to the heavy picks he used. The Beast did not have any tone controls, only a master volume and a toggle that bypassed the three-way switch to activate the neck and middle pickup only.

In his search for more volume, Dale and Leo Fender found out that the 10-watt amps just wouldn’t cut it after Dale blew several of them up. To remedy this problem, Fender created the first 85-watt transformer, which peaked at 100 watts. As Dale once said, “It was like going from a little VW Bug to a Testarossa.” The amp would later be called the Showman, and paired with a cabinet housing a 15-inch speaker and the Beast, Dale could truly crank things up to 10.

Dale and Fender would continue to work together on upping the ante, building a speaker cabinet that could house two 15-inch speakers to sustain his vicious riffage. Of course, that needed an even bigger transformer, so they teamed with the Triad Company to design a 100-watt version that peaked at 180 watts. Thus, the Dual Showman was born, a revered game-changer.

In addition to his amp innovations, Dale was one of the first to use reverb. At first, he implemented it into his arsenal to enhance his voice when performing live to add vibrato. But he eventually plugged his Strat into the reverb tank and found that it offered a “wetter” sound with more sustain. From that point forward, reverb became synonymous with surf music.

6. Dale Was Called the “Father of Heavy Metal”

Yes, Guitar Player once named Dale the progenitor of metal, with his breakneck speed and electric stage presence. The surf genre that Dale championed had a direct influence on another SoCal guitarist—Eddie Van Halen. The first song that Van Halen learned to play on electric guitar was “Walk Don’t Run” by surf legends the Ventures, and he was also known for hyper-fast picking like Dale. You can hear tinges of surf coursing through several Van Halen hits, like “Romeo Delight” and “Top Jimmy”, as well.

7: Dale Had a Renaissance in the 1990s Thanks to Quentin Tarantino

The British Invasion took some of the shine off surf music in the late 1960s and Dale’s popularity waned. He was dropped from Capitol Records in 1965. He even had to stop playing music for many years after a bout with cancer and a devastating surfing accident that nearly cost him his leg. But Dale mounted a comeback in the ‘80s, scoring a Grammy nomination with Stevie Ray Vaughan for a cover of the Chantays’ surf staple “Pipeline,” which was featured in the movie Back to the Beach.

He enjoyed moderate success following that until things broke open yet again with the 1994 classic Pulp Fiction. Quentin Tarantino’s blockbuster film tabbed Dale’s hit “Miserlou” as its opening theme, becoming a trademark of the seminal movie. That led to a slew of new fans and featured spots in countless commercials, movies and television shows, not to mention three new albums (the well-received Tribal Thunder, Unknown Territory and Spacial Disorientation.)