What's a Pickup Pole? And Why Is It so Important?

Discover the ups and downs of finding your perfect sound. 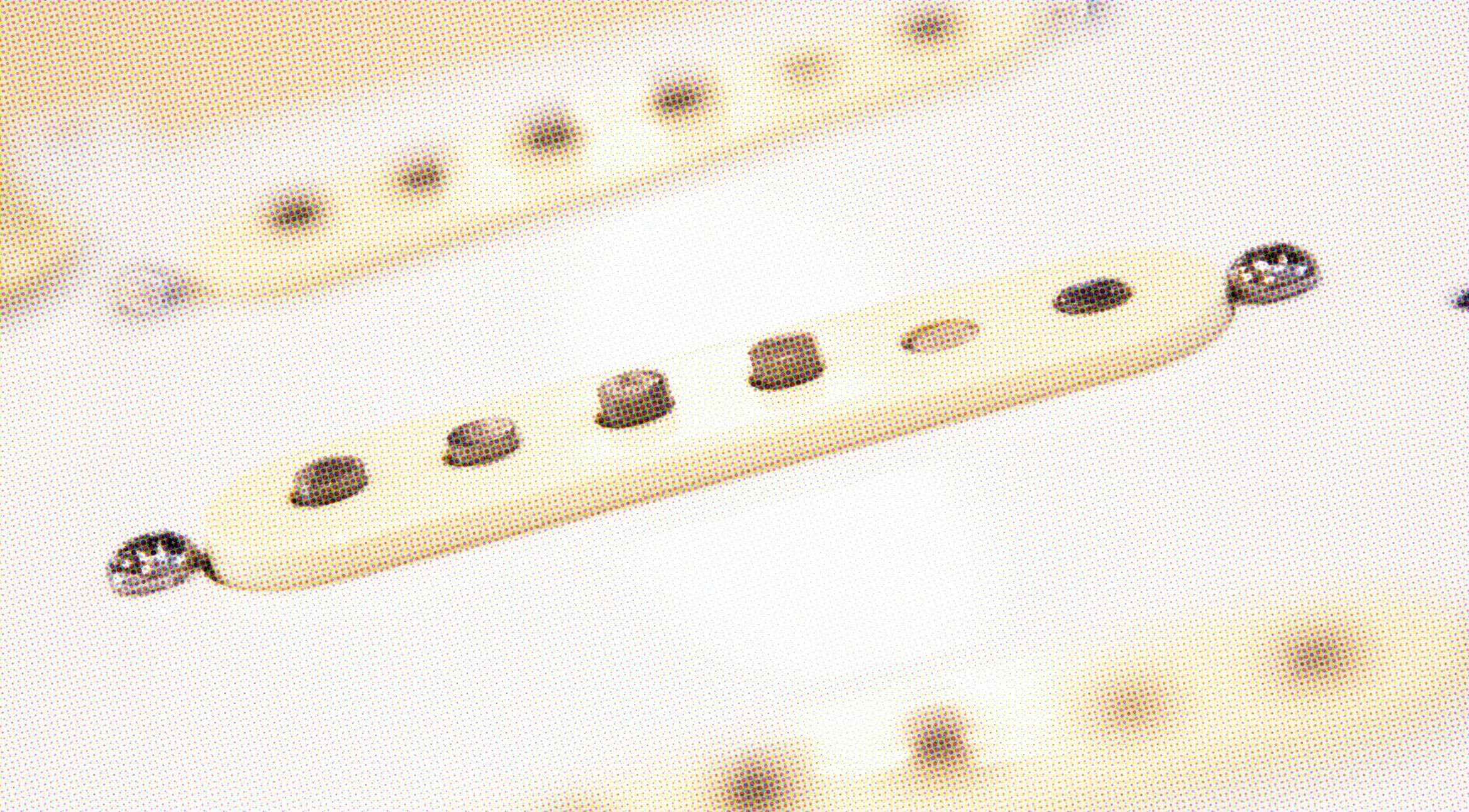 Fender’s customer service department gets asked all the time why some Stratocaster guitar pickups have staggered polepieces.

The answer: because it balances the output across the strings.

OK, what does that mean?

To put it simply, they help bring the volume of each individual string into balance so that one string or a couple strings aren’t disproportionally loud compared to the other strings. This is a sonic phenomenon that can and does happen, and depending on your ear for tone it can range from mildly noticeable to outright maddening.

One of the biggest design factors concerning pickup stagger is fingerboard radius. Since string height corresponds to a fretboard radius, the strings themselves vary in their height above the pickups. Their arc across the width of the fingerboard results in the middle strings (D and G in particular) sitting higher above the pickups than the bass and treble strings, so it makes sense to raise their polepieces a bit in order to ensure consistent volume.

Historically, staggered-polepiece pickups were standard on Stratocasters for 20 years before they were replaced by straight-across-flush-pole pickups in 1974. They didn’t come back until the early 1980s. The Telecaster received staggered polepieces in the 1960s.

Also, light-gauge and round-wound guitar strings didn’t exist when the Stratocaster was introduced in 1954. At that time, the third string (G) was flat-wound like the E, A and D strings, but its output was lower, so Fender compensated by raising the polepiece under that string.

Once light-gauge sets with unwound G strings became available years later, the same staggering arrangement was no longer necessary. The later introduction of brighter-sounding round-wound strings also affected polepiece height preferences. And since fingerboard radius options have changed since the 1950s, so too have pickup staggering arrangements. It’s not at all uncommon today for polepiece arrangements to be referred to as vintage, hybrid or custom staggers.

The height of the entire pickup itself is easily adjustable on most electric guitars with just a few turns of a screwdriver. While this is certainly helpful in adjusting your tone to taste in a general sense, overdoing this particular adjustment might have some tonal consequences you’d rather avoid.

Moving pickups closer to the strings does increase their output, but two other things happen, too.

First, the bass/treble tonal balance shifts because the frequency ranges don’t produce bass and treble with equal energy, resulting in more booming bass, which you might not want. Second, if the magnet is moved closer to the string, its pull on the string increases, dampening its vibration slightly and thus causing notes to decay a little faster than usual, which you also might not want.

The great advantage to a staggered polepiece design is that once the entire pickup is in a basically optimal position, the stagger enables the tone to be fine tuned even more.