How to Play the A Minor Scale on Guitar

The A Minor scale is great for beginners looking to expand their range.

Lesson: Playing the A Minor Scale on Guitar

Learning to play scales is a great way for guitarists to expand their range of abilities and their overall understanding of music theory. Because it contains no sharps or flats, the A minor scale is a good scale for beginners to try to master, hearing each note in its purest form.

In this article, we’ll break down what notes make up the scale and demonstrate a few different ways to play it on guitar. Let’s get started!

Notes in the A Minor Scale

The A minor scale is made up of these seven notes:

Now that you know the notes that make up the scale, we’ll show you where to place your fingers on the fretboard to play the A minor scale, note-by-note.

One of the easiest ways to learn the A minor scale is by referencing guitar scale diagrams. These diagrams present a visual representation of the fretboard of your guitar. Learning to read guitar charts and diagrams can help you learn how to play scales and gain a deeper understanding of the notes and their corresponding frets.

In the examples below, each dot shows you which note to play on a specific fret and string. A dot with a note above the string indicates an open string, where no frets will be pressed down. The yellow dots indicate the root note of the scale. Each A note across the fretboard in these examples will be highlighted in yellow to indicate where the scale starts over again. 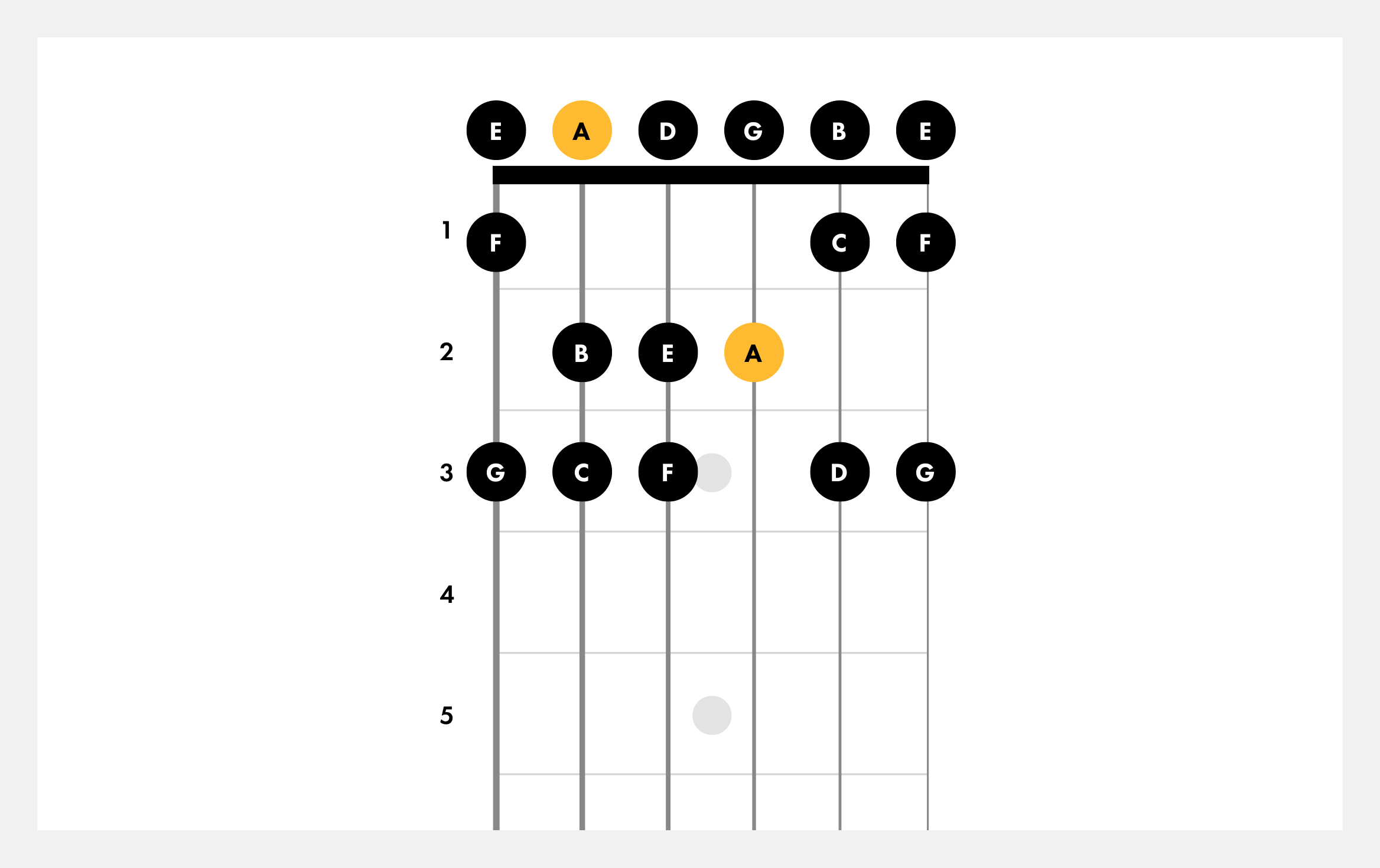 Another way to play the A major scale is in the 5th position. By moving up the fretboard to approach the scale from a different starting position, you’ll be able to hear these same notes in a higher register.

Notice the difference in tones and feel, playing higher up on the fretboard. 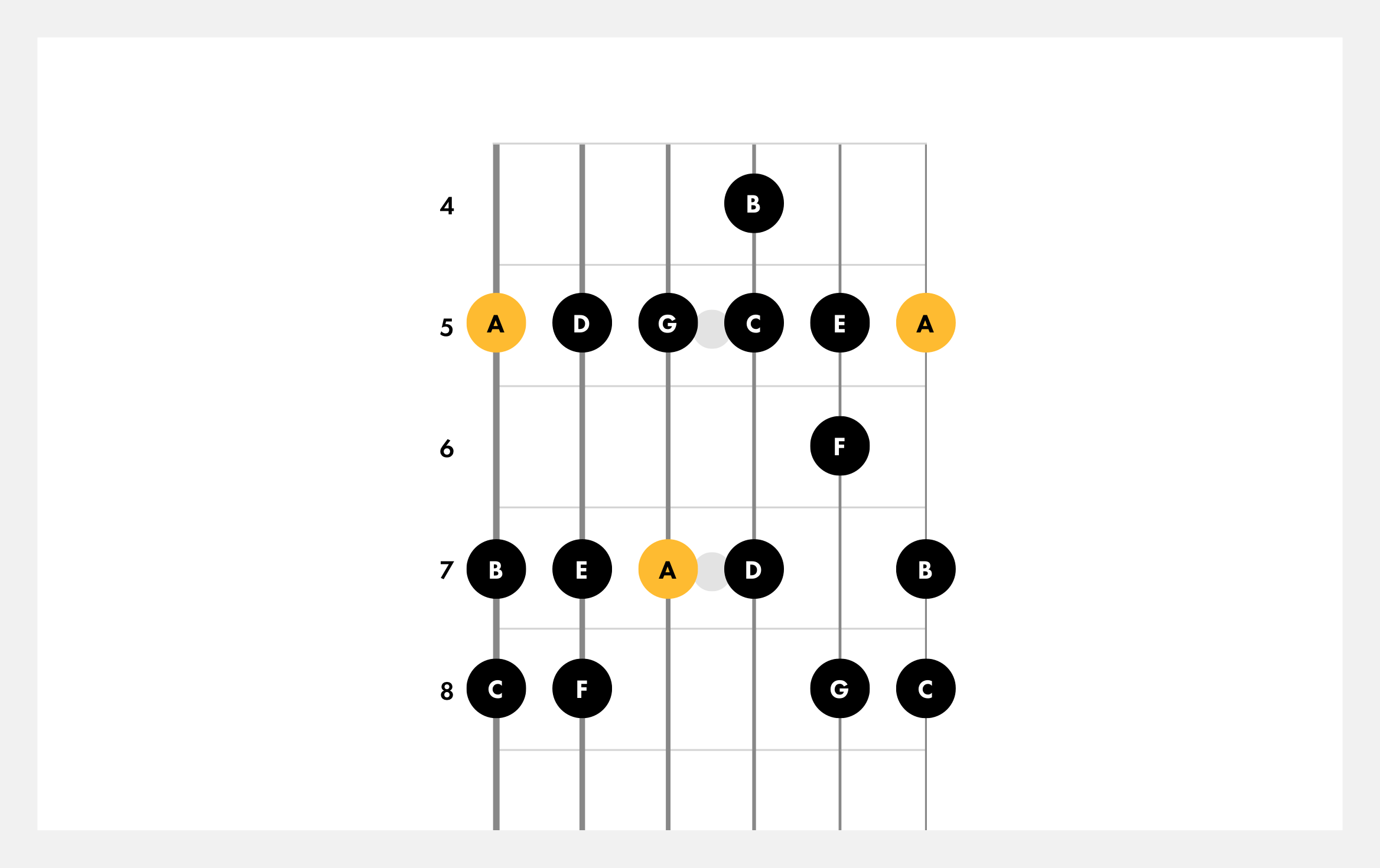 Another approach to learning scales that might be more familiar to some guitar players is using tabs to understand the notes of the scale in order. While the diagrams above act as more of a roadmap, tabs are closer to step-by-step directions. Some people find them easier to comprehend. It’s just a matter of preference, but it’s a good idea to understand both methods.

Now let’s take a look at what the two positions we just reviewed would look like in tab form.

To play the A minor scale in open position, start with the open A (5th) string, and move across the fretboard, following the fret positions in the tab below: 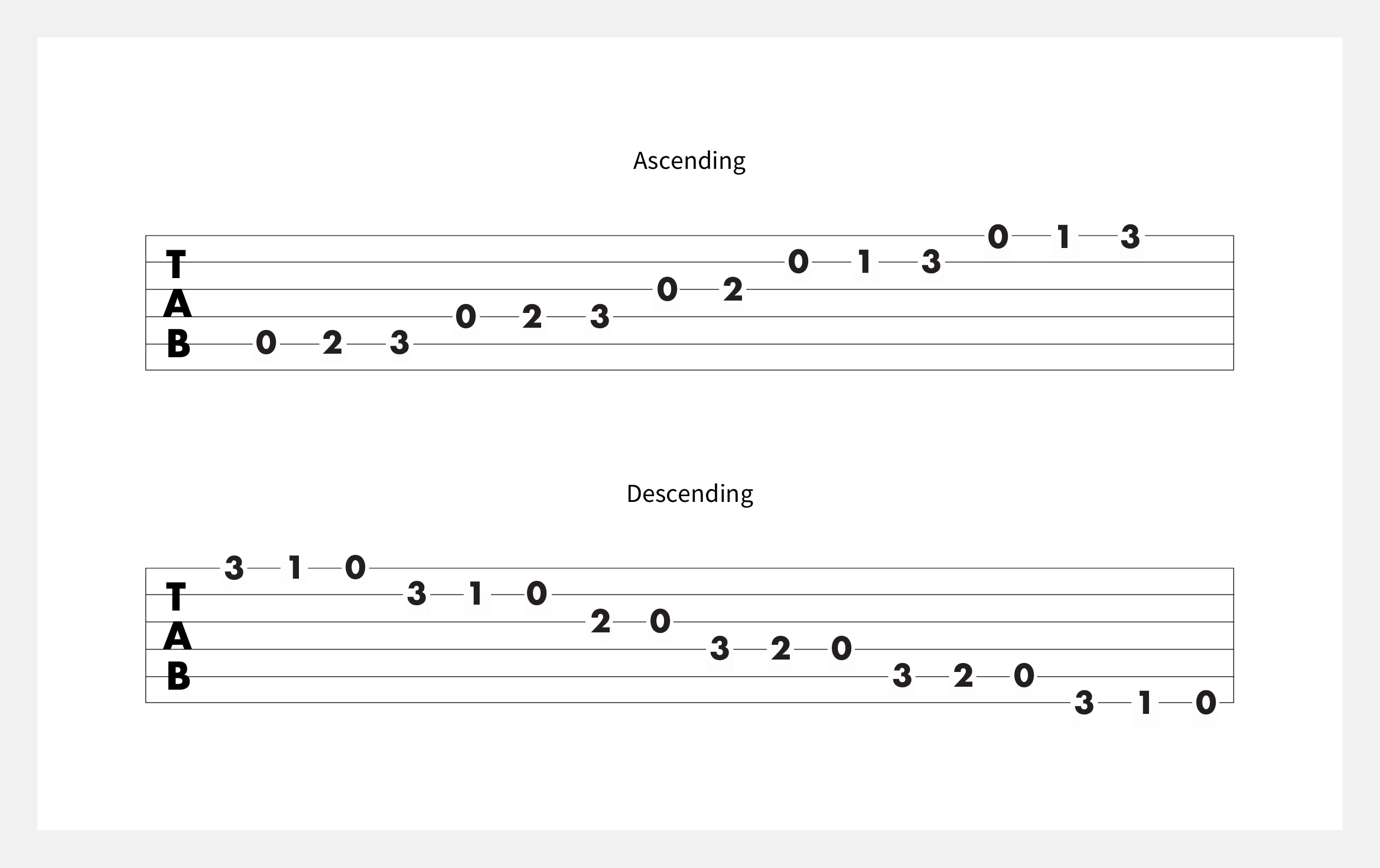 To play the scale in 5th position, start with your index finger on the 5th fret of the 6th (low E) string, and proceed as follows. Don’t forget about the shift to the 4th fret for just the 3rd string, using the index finger as an anchor. 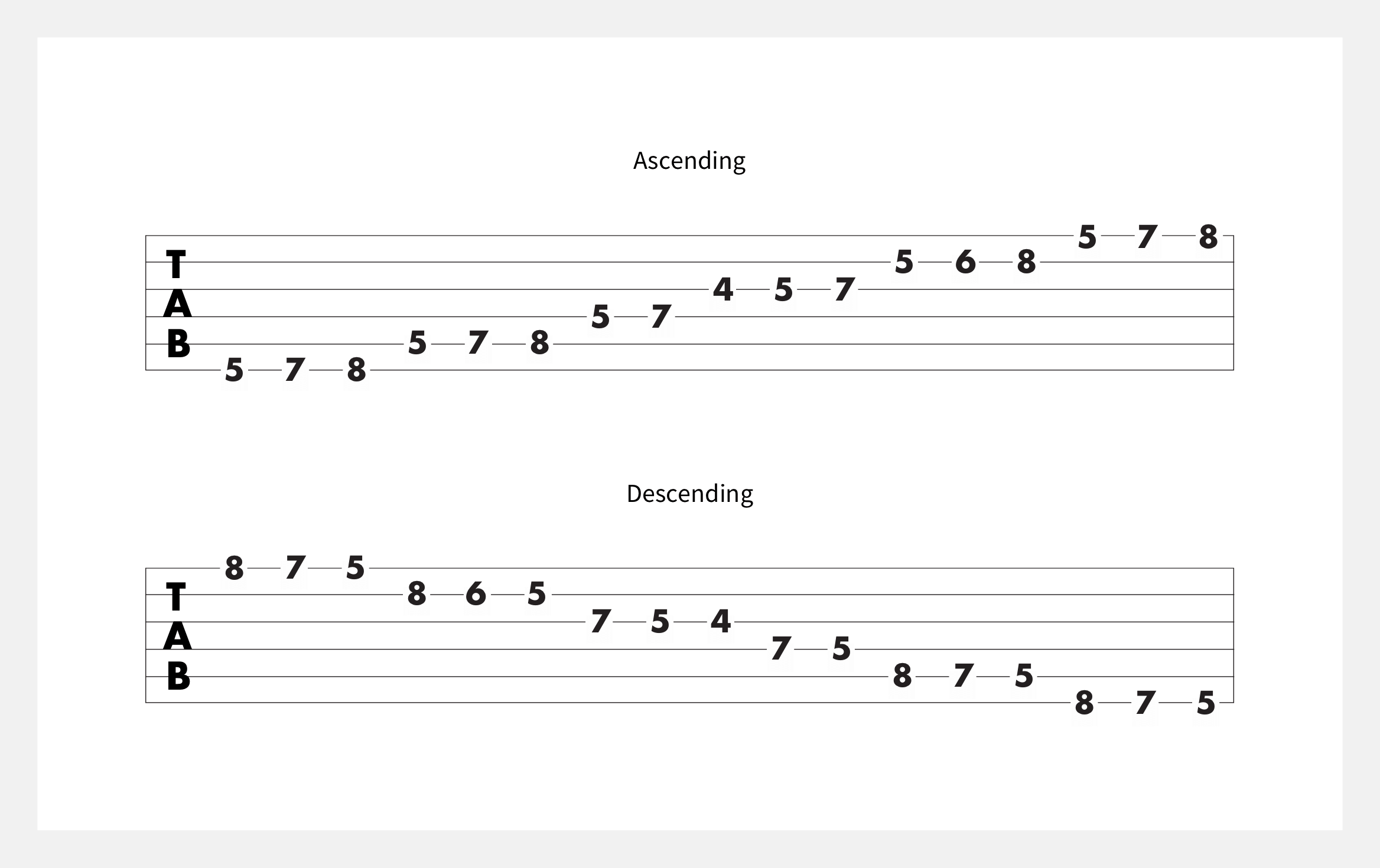 Memorizing scales takes patience and repetition. Play through both of these A minor scale positions, in ascending and descending order, until you’re able to confidently run through the notes at a faster speed. You can also try playing along to a designated speed set by a metronome to work on your timing.

Ultimately, scales can serve as valuable tools that will help train your finger dexterity and muscle memory. Explore some other types, such as major or pentatonic scales, and work them into your regular practice routine. Keep playing and keep practicing your scales with a free trial of Fender Play.