How necessity and innovation led to the creation of Fender's iconic semi-hollow model. 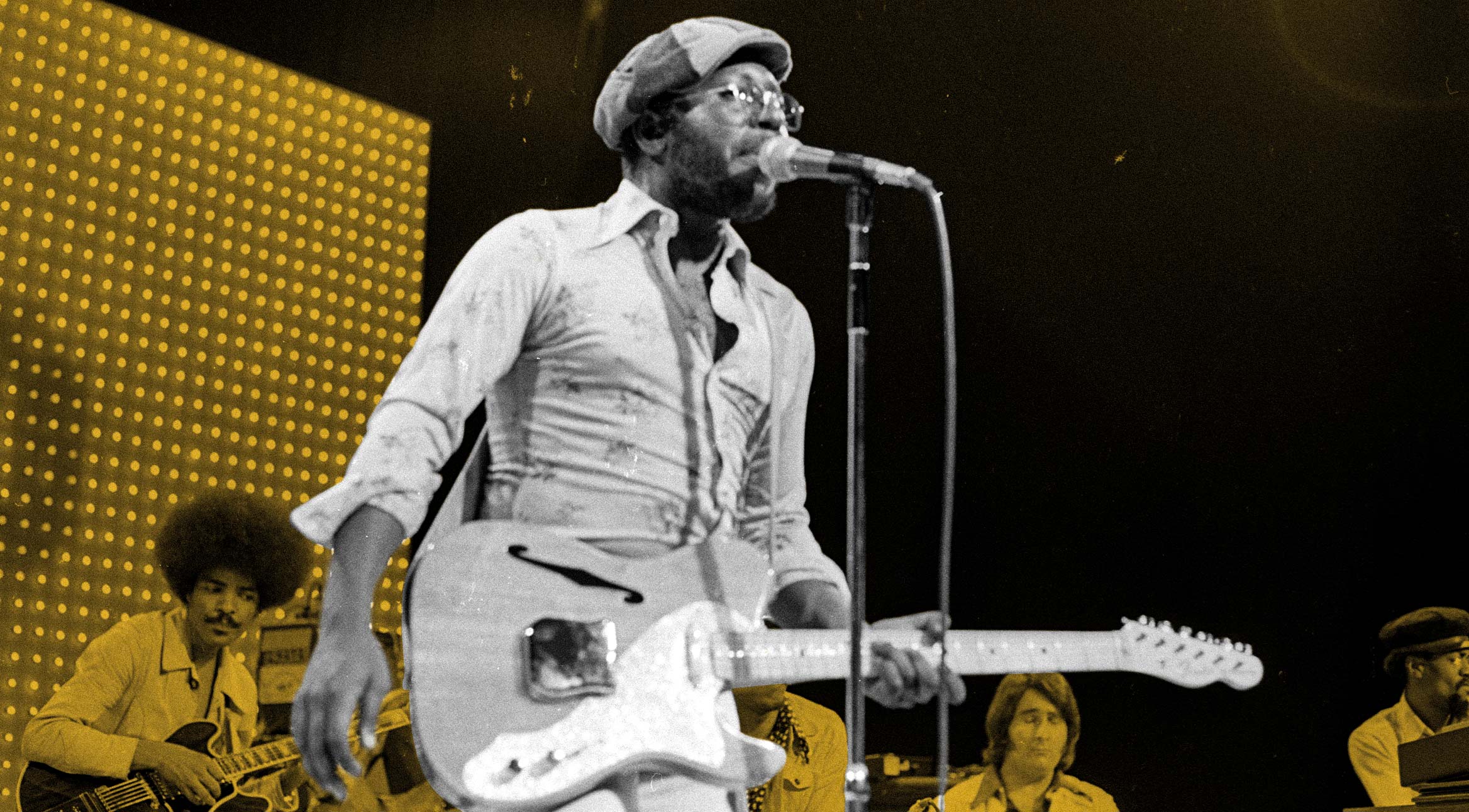 A plentiful supply of heavy ash wood in the late 1960s led to experiements at Fender with hollowing out cavaties in the popular Telecaster body, a task given to renowned German luthier Roger Rossmeisl, who had previously worked with both Gibson and Rickenbacker.

The experiments proved successful and the Thinline Telecaster was introduced in 1968-its iconic, single f hole already carved into history.

Producing a more open, warmer tone than its solid-body brethren, the Thinline is just as versitile and has been used by country legends like Conway Twitty, soul survivors like Curtis Mayfield and even made its mark on jazz thanks to the inventive work of Bill Frisell.

Since the 1990s the Thinline has appeared in the hands of some of rock's biggest musicians including Paul Westerberg, Thom Yorke, Carrie Brownstein of Sleater-Kinney and Jonny Buckland of Coldplay.

To create the Thinline luthier Roger Rossmeisl hollowed out a Telecaster body—routing out sections on both sides from the rear and gluing a thin panel over the back. The guitar was given a single f hole and an elongated pearloid pickguard that extended from the neck pickup down to the lower bout, encompassing the pickup switch and both control knobs.

It had two single-coil pickups, and on its introduction came in a natural-finish ash or mahogany body with a maple-cap fingerboard. Its neck, electronics and hardware were identical to a standard Telecaster of the time, but the instrument weighed only half as much as its solid-body sibling.

The guitar debuted in 1968 and design changes ensued quickly, including a one-piece maple neck with a rear “skunk stripe” and rosewood fingerboard option in 1969 and a bullet truss rod, three-bolt neck attachment and pair of humbucking pickups-designed by the inventor of the humbucking pickup, Seth Lover-in 1971.

The initial Thinline run ended in 1979 and although the Thinline was only moderately successful when first released, like many Fender guitars they suddenly found themselves in vogue in the 1990s and have been a mainstay in Fender's production line ever since.

Fender has periodically found new ways to breathe life into its original electric guitar, the Telecaster. The late 1960s and early 1970s were especially fertile periods for creative takes on the guitar, and the three resulting variations on the instrument—the Telecaster Thinline (1968), Telecaster Custom (1972) and Telecaster Deluxe (1973) remain in the Fender line today.

The first of these was the Telecaster Thinline, and as is so often the case with Fender instrument designs, its genesis was rooted in efficiency and economy.

As the 1960s wore on, Fender found itself facing a dwindling supply of lightweight ash for Telecaster bodies, although heavier ash grades were plentiful. In 1967, Fender sought ways to lighten Telecasters made with this heavier wood, and the factory experimented with routing cavities beneath the pickguard to accomplish just that without changing the guitar’s appearance. A small number of these guitars were made in summer 1967, but the approach was deemed unsatisfactory and Fender began planning an instrument that would be much more of a true hollow-body Telecaster.

The task was given to renowned German luthier Roger Rossmeisl. After a brief early-’50s stint with Gibson and an enormously influential career at Rickenbacker, Rossmeisl quite literally arrived on Fender’s doorstep in early 1962 and was promptly charged with engineering Fender’s entry into the world of acoustic guitars. As author Richard Smith recalls in Fender: The Sound Heard ’Round the World:

Rossmeisl spent the remainder of the 1960s at Fender before returning to Germany in the early 1970s. The hallmarks of his tenure were Fender acoustic guitars, the Coronado and Wildwood hollow-body electric guitars, a handful of short-lived arch-top models and his most enduring Fender success, the Telecaster Thinline.

With the help of Virgilio Simoni, head of Fender’s blank, body and sanding department, Rossmeisl basically hollowed out a Telecaster body—routing out sections on both sides from the rear and gluing a thin panel over the back. The guitar was given a single f hole and an elongated pearloid pickguard that extended from the neck pickup down to the lower bout, encompassing the pickup switch and both control knobs. It had two single-coil pickups, and on its introduction came in a natural-finish ash or mahogany body (ash being the more common of the two) with a maple-cap fingerboard. Its neck, electronics and hardware were identical to a standard Telecaster of the time, but the instrument weighed only half as much as its solid-body sibling.

Design changes ensued quickly. A three-color sunburst finish option became available in 1969. Also that year, the original maple-cap neck was replaced with a one-piece maple neck with a rear “skunk stripe,” and players also had a choice of a rosewood fingerboard.

The Telecaster Thinline was redesigned in 1971 to accommodate a pair of humbucking pickups; note the accompanying change in pickguard shape.

The most significant design changes, however, came in 1971, when a pair of large Seth Lover-designed Fender Wide Range humbuckers replaced the Telecaster Thinline’s single-coil pickups. Lover, who invented the humbucking pickup while working for Gibson in the 1950s, joined Fender in fall 1967 as a project engineer and had perfected a new humbucking pickup for Fender in 1970.

The Telecaster Thinline’s pickguard was consequently reshaped to accommodate both pickups, and the instrument also received a bullet truss rod and three-bolt neck attachment. This revamped version of the model also had “Telecaster Thinline” on the headstock rather than just “Telecaster,” as did the original 1968 design. It was this incarnation of the instrument that remained in the Fender family until the Thinline was discontinued in 1979.

An interesting footnote in Telecaster Thinline history is that soon after Michael Stevens and John Page founded the Fender Custom Shop in Corona, Calif., in 1987, their very first official job crafting an instrument for an artist was the creation of a foam green left-handed Telecaster Thinline for Cars guitarist Elliot Easton. The order was placed in February 1987, and the instrument was completed several months later on Aug. 10.

And then a funny thing happened—although Fender’s Thinline and humbucker Telecaster models of the late 1960s and early 1970s were only moderately successful when they were first released, they suddenly found themselves in vogue in the 1990s with a new generation of guitarists, especially those hailing from the United Kingdom. Guitarists from Radiohead, Franz Ferdinand, Gomez, the Hives, Snow Patrol and many other bands were seen playing Telecaster Thinline, Custom and Deluxe models.

Fender responded by reissuing a U.S.-built model—the ’90s Tele Thinline—from 1997 to 2000. This instrument was a 1968-’69 style Thinline with single-coil pickups and was available in a variety of colors.