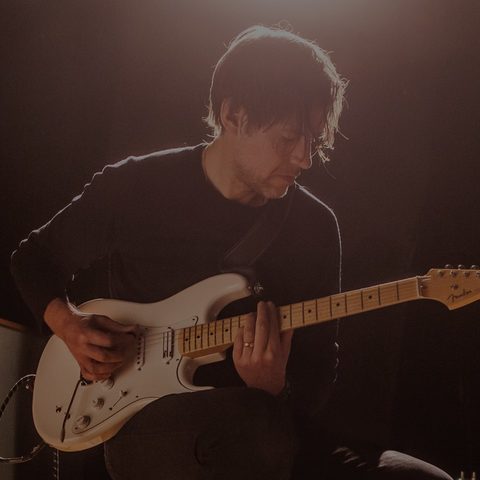 JOURNEY INTO THE INSPIRATION BEHIND THE ED O’BRIEN SUSTAINER STRATOCASTER

At times ethereal and ambient, at others dystopian and aggressive, Ed O’Brien’s contributions to Radiohead’s catalog have been as unique as the man himself. When he needed a guitar that could go above and beyond the normal requirements of the instrument, he chose to create something all his own. The result is this: the EOB Sustainer Stratocaster. 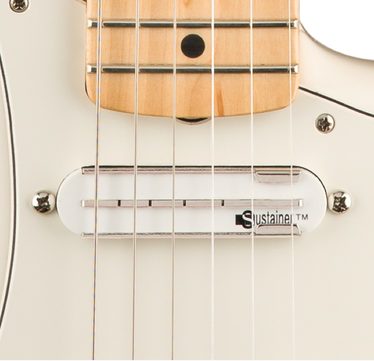 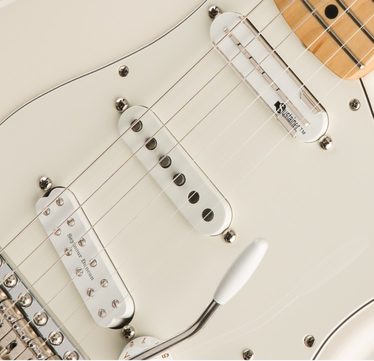 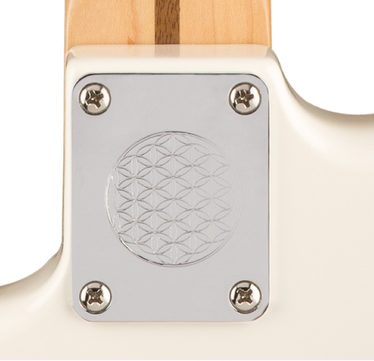 BORN OUT OF NECESSITY 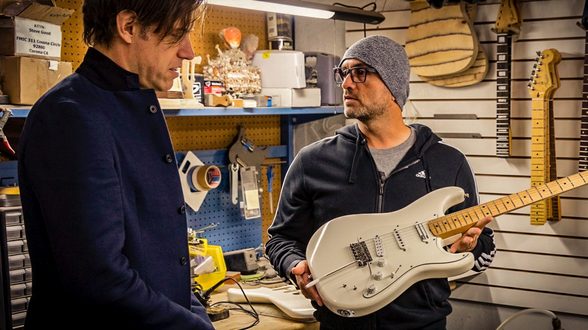 As the old saying goes, “Necessity is the mother of invention,” and that’s exactly what happened for Fender and Ed O’Brien.

The Radiohead guitarist has played a Stratocaster since he first picked up a Squier model in 1986, and his main instrument since 1996 was actually an Eric Clapton Strat. So, it was pretty typical to see O’Brien with a Stratocaster in his hands while on stage.

But when his band began to trend away from their typical rock sound towards more electronic music with the album Kid A in 2000, O’Brien found himself at a crossroads with his six-stringed friend.

“Guitars were sort-of being damned and keyboards were being bought and played,” O’Brien noted. “I thought, ‘What am I going to do here? How can I use a guitar but make it not necessarily sound like a traditional guitar?’” 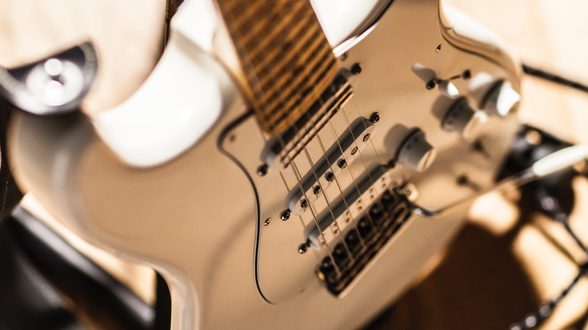 After ruminating on this issue, O’Brien and his guitar tech, Peter “Plank” Clements, decided to install a Sustainer unit that gave him the ability to sustain one or many notes, essentially making it an entirely new instrument altogether when engaged.

Since then, the modified Clapton Strat has been a key piece of O’Brien’s arsenal, as it helped shaped the sounds of subsequent albums like In Rainbows, Hail to the Thief and The King of Limbs and inspired what is now known as the Ed O’Brien Sustainer Stratocaster.

O’Brien wanted to start with a Stratocaster when helping develop his signature model, considering his belief that its basic specifications are perfect for a player who likes to use effects.

“If you’re like me and color your sound and use a lot of effects, it’s the benchmark,” he said of a Stratocaster. “It doesn’t flavor the sound. I also think that with the differences in the pickups, it covers such a tonal range.” 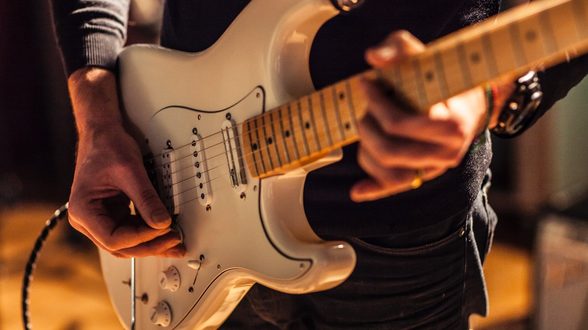 O’Brien and Fender R&D Model Shop Builder Alex Perez then took the signature model a step further by equipping it with a Fernandes Sustainer Single-Coil sized Driver in the neck pickup position. Controlled by an on/off switch and a three-position switch – offering harmonic-only fundamental-only and blend – on the guitar’s lower bout, the Sustainer unlocks the spacey textural soundscapes that O’Brien has woven into Radiohead’s extensive catalog.

“I move the three-way switch a lot because the frequency of the feedback has different harmonics,” O’Brien said. “The middle position is a fifth up, and you can even go a full octave up. It’s like when you hold down a key on a synth. To me, this guitar is like a neutral palette for other sounds, like if you had a synth.”

The result is something O’Brien is deeply proud of, as he used the guitar extensively on Radiohead’s A Moon Shaped Pool tour.

“With a flick of a switch, you have a whole other sonic palette available to you,” he continued. “I use it live a lot. It feels a lot more intuitive, in a way. The immediacy of your actual finger hitting the string, suddenly a whole different way of playing opens up.

"I’M EXCITED ABOUT THE PROSPECT OF IT FALLING INTO THE HANDS OF SOMEBODY WHO WILL DO EXTRAORDINARY THINGS WITH IT."