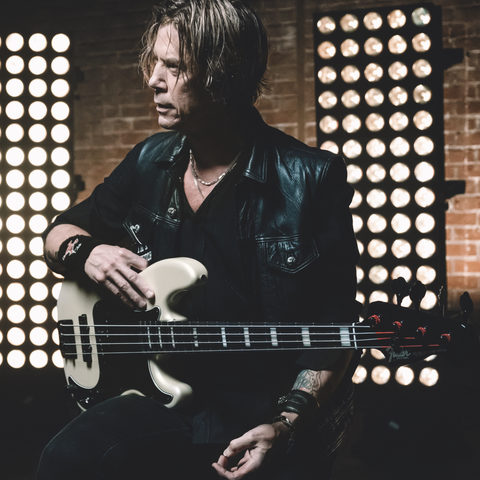 Inspired by the 80s Jazz Bass® Special he played on Guns N' Roses’ Appetite for Destruction, the Duff McKagan Deluxe Precision Bass is a growling evolution of his signature model – updated with a sleek new look and stealthy, stage-ready features like instant “Drop D” tuning and precise EQ control. 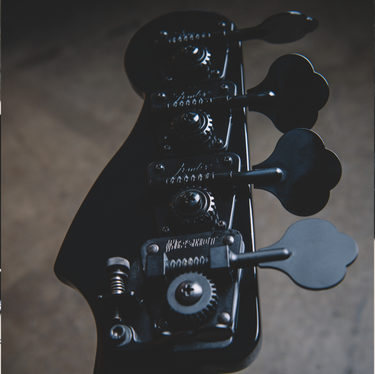 Drop from E to D at a moment’s notice with the Hipshot Drop-D mechanism that lets you de-tune accurately with the flip of a lever. 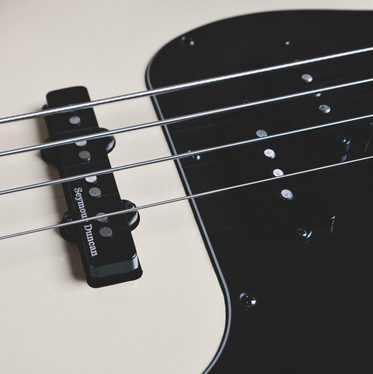 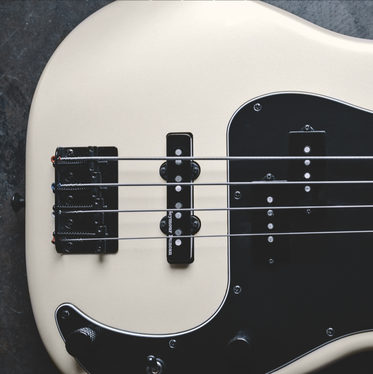 Sleek and durable, the black chrome hardware adds a formidable vibe to this stealth-looking instrument. 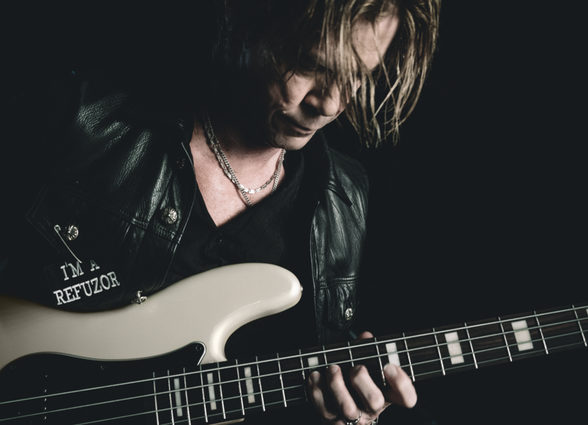 In the late 1980s, Guns N’ Roses’ ferocious debut album, Appetite for Destruction, took the world by storm, topping the Billboard 200 and going on to sell more than 30 million copies.

Throughout the recording process and subsequent world tour in support of Appetite, McKagan had one weapon of choice: a 1980s Jazz Bass Special.

Fans of this iconic bass can now get their hands on a supercharged version – the Duff McKagan Deluxe Precision Bass. McKagan kept all the unique appointments of his original Jazz Bass Special and added several player-friendly features informed by decades touring with GNR, Velvet Revolver, Jane’s Addiction and the Walking Papers. 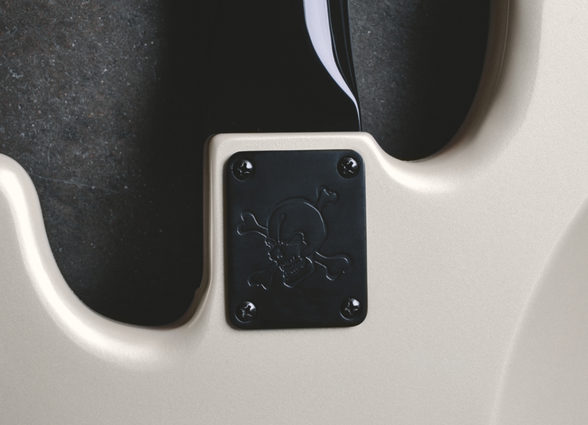 McKagan bought his first Jazz Bass Special at Guitar Center on Sunset Boulevard in Hollywood, and it quickly became a favorite, appearing throughout GNR’s entire catalog. But when he formed Velvet Revolver alongside fellow Guns N’ Roses founder Slash, the need to drop-tune his bass on the fly became more pressing.

As the story goes, legendary bassist Reggie Hamilton gifted Duff with a bass that had been modified with a Hipshot Bass Xtender, which allows the player to detune with a flip of a lever. While he workshopped the Hipshot with Velvet Revolver, McKagan really put it to use with the Walking Papers a few years later. “There were a lot of drop D songs with the Walking Papers, but also a lot of standard tuning songs,” McKagan said. “So instead of switching basses, I'm like, ‘I'll bring the Reggie Hamilton and just switch back and forth, see if that works.’ We went out and did a tour of Europe, and I just brought the one bass. 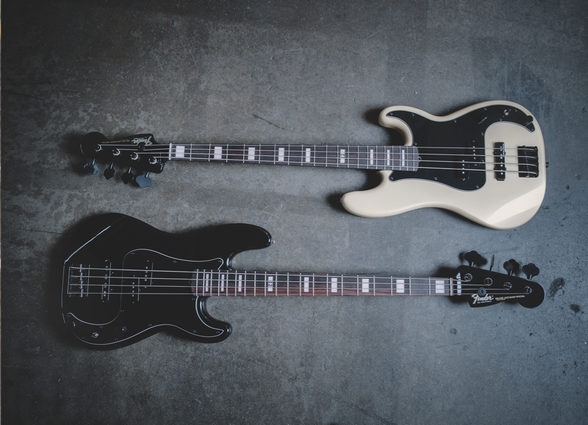 "The drop-D thing just came in super handy for me. I got a lot better at playing in D tuning."

McKagan loved it so much, he wanted to incorporate it into his new namesake bass and take it out with Guns N’ Roses on the band’s recent Not in This Lifetime tour.

To Duff, the Duff McKagan Deluxe Precision Bass represents his own growth as a musician and another way for future bassists looking to unlock the mysteries of the instrument he fell in love with as a kid. “Fender, these are the gold standard,” he said. “If you're a bass player, these are what you play, you know? I was just the guy trying to figure out how to play bass and play it right with some other guys who were trying to play their parts right. And we fell into a groove and that expanded my abilities through that little thing we started. “I moved onto a point in my late 40s where I wanted really to learn more about playing the bass. It's such a cool, cool instrument. You can play this all the way through your career.”