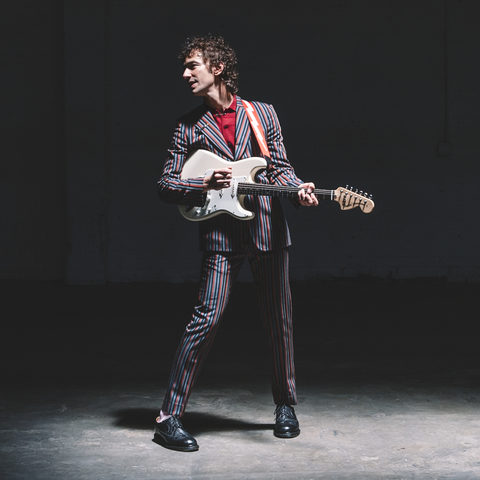 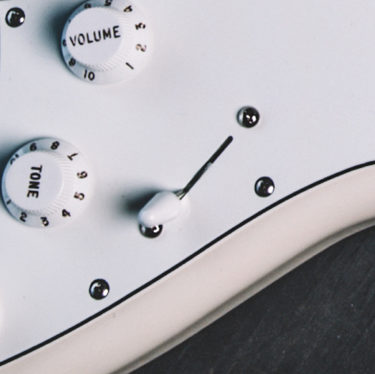 There’s nothing like the timeless singing, snapping, screaming and sparkling sound of Fender ceramic single-coil Stratocaster pickups, and this set was created specifically for this guitar. 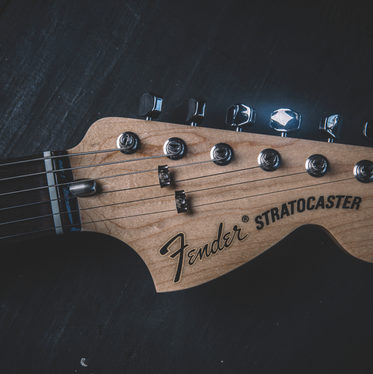 For 1970s-era authenticity, the “bullet” truss rod system, large headstock with vintage-accurate logo and 3-bolt MicroTilt™ neck plate brings an aesthetic straight from the ‘70s into the modern day.

A Blank Slate Ready for a New Journey 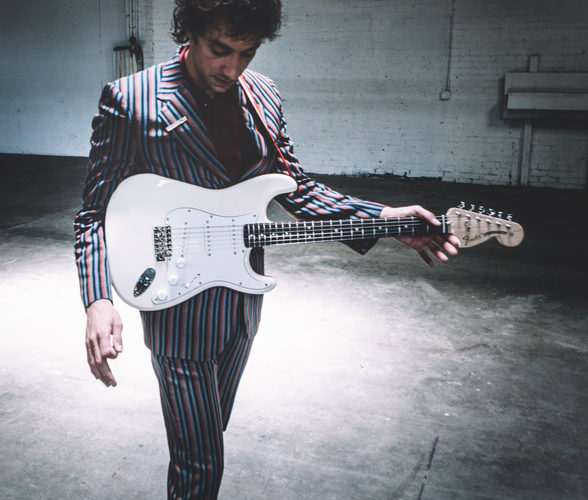 For nearly 20 years, whether as a solo artist or with the Strokes, Albert Hammond Jr was always easy to find on stage. All one had to do was look for his trademark Olympic White Stratocaster.

Call it a lucky find or cosmic fate, but this instrument has been with Hammond for two decades and played a prominent role in not only shaping his sound, but also the sound of a generation that witnessed the revival of guitar-driven garage rock at the dawn of the new millennium.

Needless to say, the day back in 1999 when that significant Strat first fell into Hammond’s hands was quite fortuitous.

As the story goes, Hammond found his way to Richie’s Guitar Shop in Manhattan, an outpost operated out of the apartment of proprietor Richie Baxt. First, Hammond eyed another model that eventually went to fellow Strokes guitarist Nick Valensi, but then, at the behest of his guitar teacher JP Bowersock, he tested a white 1985 reissue of a ‘72 Stratocaster 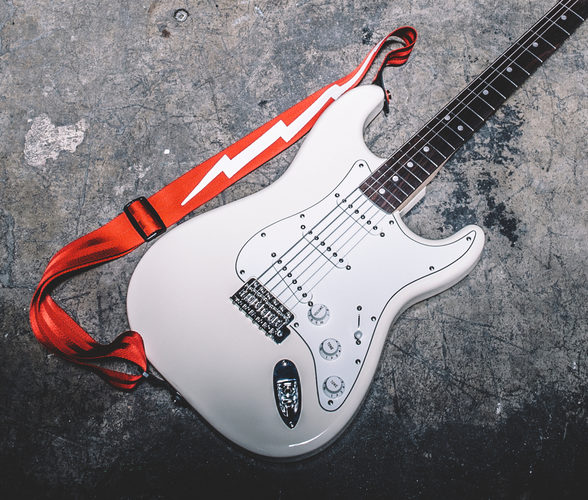 “[Bowersock] grabbed the guitar and was like, ‘Oh, I love these Fenders,’” Hammond recalled. “He actually chucked it – like he just grabbed it and chucked it – and he picked it up and played it and said, ‘Stays in tune, this Fender.’ I was just like, ‘Aah!’”

That seemingly random moment gave Hammond a lifelong partner that would never stray far from his side.

“I could walk down the street holding [the Strat] and would feel completely normal,” said Hammond. “There’s something about this guitar and how it looks and how it feels that is comforting. Has always been, and now even more so because I’ve been with it for so long.”

That same same guitar on all the Strokes’ chart-busting albums, in addition to his excellent solo work, like the Momentary Masters and Francis Trouble LPs. Through it all, it has helped him hone his tone into something that is undeniably his own. 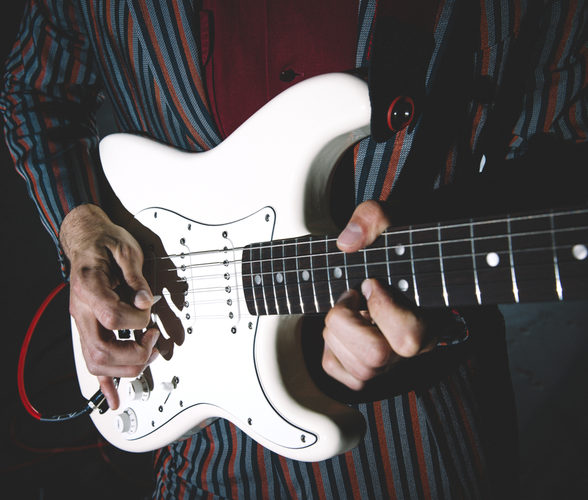 But now, with the release of the Fender Albert Hammond Jr Stratocaster, Hammond wants others to use his namesake guitar to create their distinctive musical personality.

Yes, this signature model bears Hammond’s original modification of the fourth pickup switch position activating the middle and neck pickups (positions one and three are reversed from the traditional layout), custom single-coil pickups, and a “bullet” truss rod system, but he believes the it can be a creative tool for the next generation of players.

“It was like a blank slate to me, and I went on a journey with the guitar,” Hammond said. “It became what I put together here, except now you’re starting off with an amazing guitar, but a blank slate to put your history into it.

“I wanted a generation – that didn’t maybe live with me, even – to grab it and just feel the same way I did when I grabbed it and didn’t even know what it would mean. That part, to me, was really exciting. I didn’t want to give them my journey. It’s part of finding your own sound and having your own journey with it.”