For those about to unplug... 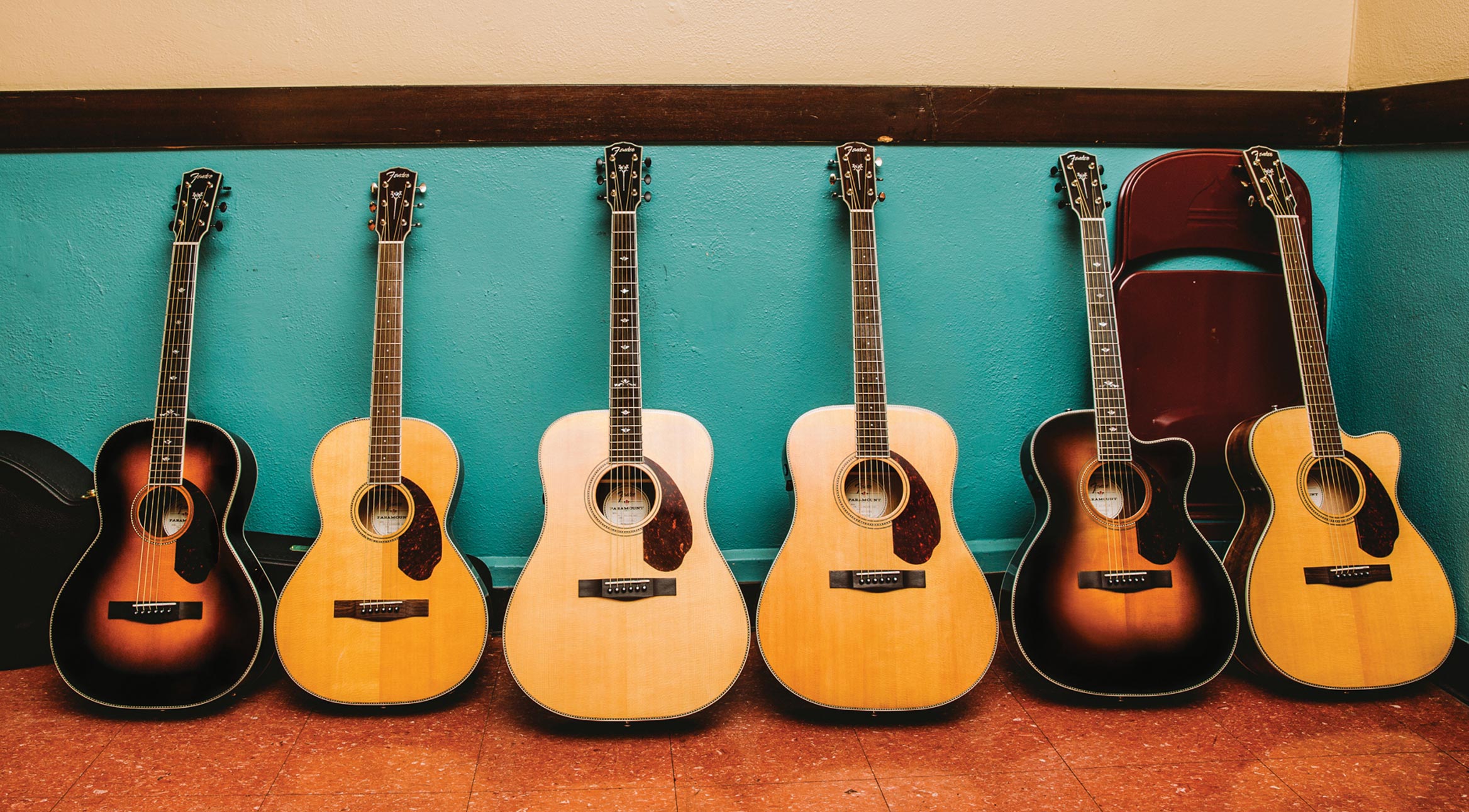 There are a ton of reasons to play an acoustic guitar. Before you get started, however, the main question might be which guitar will accompany you on your musical journey.

To help you decide, you may want to consider Fender's Paramount or California Series. With several different body shapes that range from the compact Parlor and Malibu to the larger Dreadnought and Redondo, these acoustic models can accomodate anyone.

Below, check out five reasons to pick up an acoustic guitar.

Inspiration can strike anywhere. After all, some of the most timeless songs were written in the backseat of a tour van, or even sitting on the couch while aimlessly watching television.

Paramount and California models are made to be that traveling companion, with sturdy all-solid wood design that can handle any situation - from the backyard barbecue to the beachside bonfire, from the studio to the stage.

While maintaining elements of modern design, the Paramount Series still has a stylish classic vibe. Just look at that checkerboard purfling and rosette; not to mention the abalone and mother-of-pearl inlays.

There are three sizes in the Paramount Series - Dreadnought, Parlor and Triple-0. The California Series also boasts three sizes - Malibu, Redondo and Newporter.

They are diverse body shapes that can give any guitarist a comfortable playing experience. Some prefer the smaller Parlor or Malibu, some would rather the bigger Dreadnought. Want an acoustic with a single cutaway? Grab the Triple-0, Newporter or Redondo. There’s a Fender acoustic guitar ready to roll, no matter how large or small you are.

Learning to play on an oboe or piano is a pretty specialized endeavor. But with an acoustic guitar, you can play a plethora of tunes with just a few chords. Begin with the G, C and D chords, and you’re off and running. Heck, throw in an E-minor and you might have an entire songbook at your fingertips.

It’s been proven that playing guitar can help keep you on top of your brain game. Carrying a guitar with you ensures that you’ve got an easy way to break through stressful barriers and just get lost in some music. Whether you're craving a hard-charging riff or an easy-like-Sunday-morning rhythm, Paramount guitars offer a great way to work out the mental kinks.

Click here to learn more about the Fender Paramount Series and here to learn about the California Series. If you've decided to start playing guitar, Fender Play can make that journey easier. Not a member yet? Start a free trial.