“The way we record is pretty bare-bones”

Whether you’re seeing them on stage or hearing one of their acclaimed studio efforts, there is no denying White Reaper’s brand of anthemic rock.

The Louisville, Ky., band stirs infectious power-pop hooks, a harmonized dual-guitar attack and garage-punk grittiness into a raucous stew that feels both retro and modern at the same time.

For vocalist/guitarist Tony Esposito, part of that throwback vibe comes from simply absorbing classic rock radio playlists as a kid.

“My parents weren’t like super intricate about their music tastes, but they were big radio people,” said Esposito. “So, I grew up listening to classic rock radio from my infancy till now, and I continue to do it. It was like less of a choice and more of where it ended up.”

But after a while, it wasn’t just the Thin Lizzy or Boston songs that caught Esposito’s attention. The artists that wrote and played them piqued his interest even more.

“[Classic rock is] like a lasting genre of radio, even more than like alternative radio,” he continued. “I also think that part of the reason we are attracted to it is because we were all originally attracted to instruments, like rock band instruments.”

On 2019’s You Deserve Love, the guitars swirl in unison, the bass prowls menacingly, the drums set a head-nodding clip and the organ soars, all of which largely came together naturally by recording the tracks live in the studio.

“The way we record is pretty bare-bones,” said Thompson. “I really like that we keep it all really raw, like it’s just the sounds the five of us are making. We want to be true to that on the record and in live performance, because it would suck if there was all this insane production that we couldn’t do live.

“When we’re all doing it together, I think there is more that can come from that and that’s authentic and exciting.”

White Reaper doesn’t begrudge the way any other artists make music. It’s just that their collaborative approach works for them, a notion on full display on the band’s Fender Sessions episode.

In it, they perform stellar versions of “Might Be Right,” “Raw” and “1F,” sparing no energy or enthusiasm even though it’s just five friends in the room.

“I think that’s like a fond little element of the live performance is that weird … five idiots that all happen to have similar tastes and enjoy each other’s company,” Thompson said with a laugh. “I don’t think you have to do it that way, but it’s really fun.

“If you get a chance to try it out and are writing and playing for people, it’s a very rewarding experience because there’s a lot of give and take in it.” 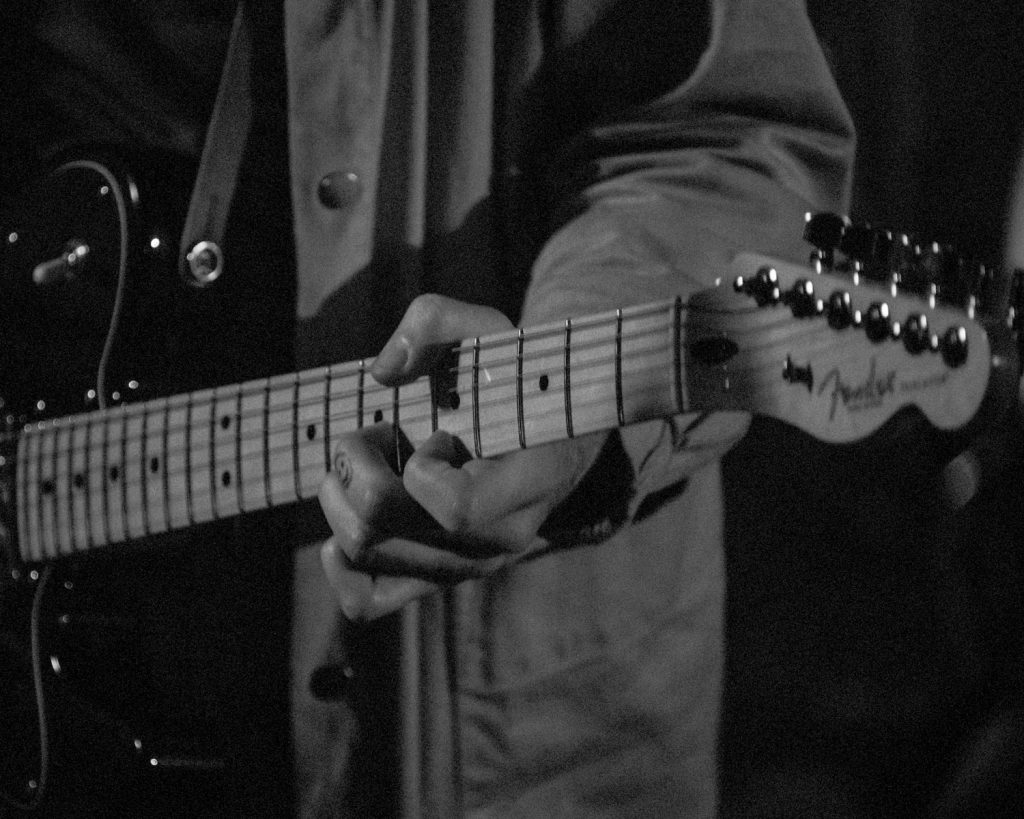 “When we’re all doing it together, I think there is more that can come from that and that’s authentic and exciting.” 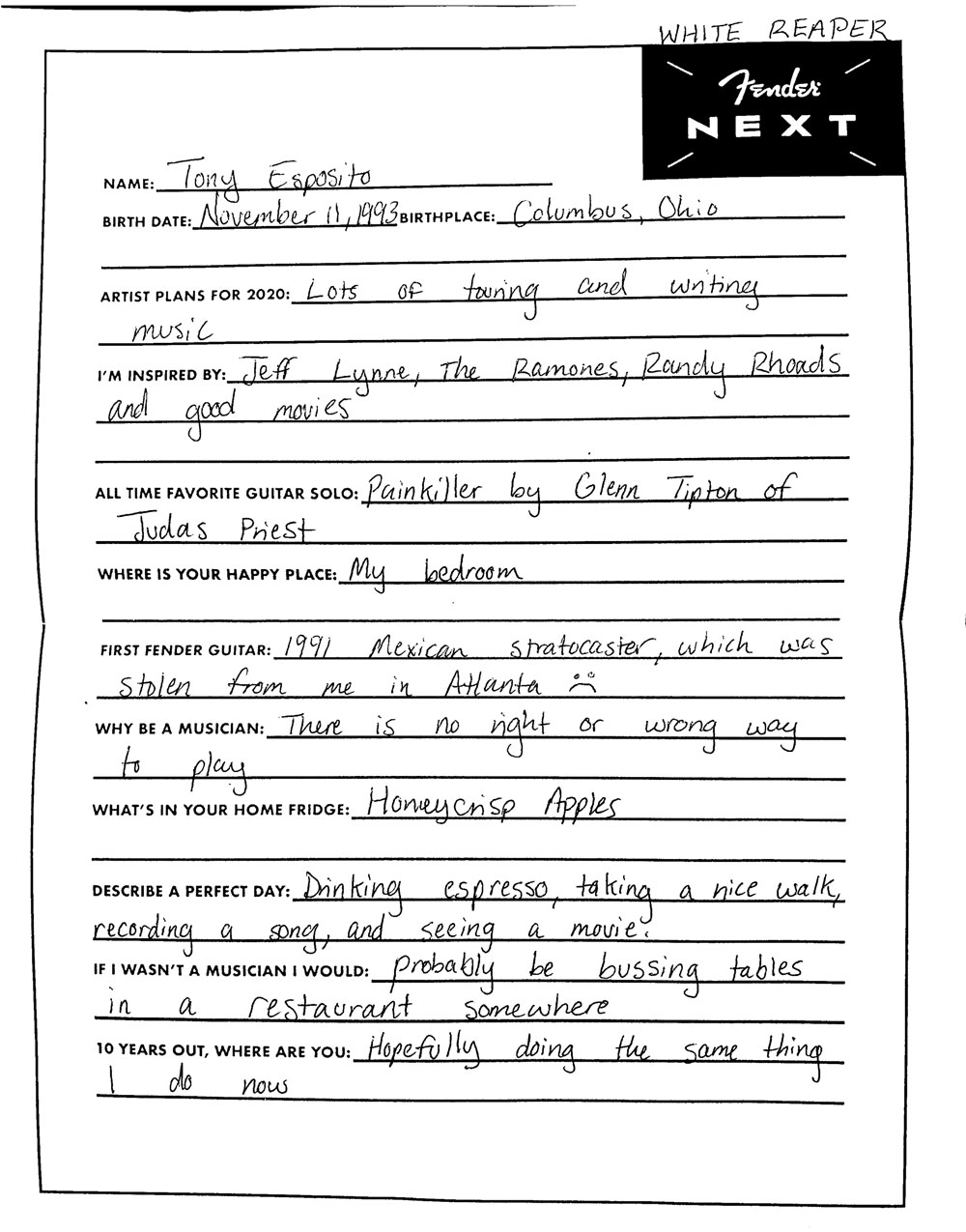 Name: Tony Esposito. Birth date: Nov. 11, 1993. Birthplace: Columbus, Ohio. The island of enchantment. Artist Plans for 2020: Lots of touring and writing music. I’m inspired by: Jeff Lynne, The Ramones, Randy Rhoads and good movies. All time favorite guitar solo: Painkiller by Glenn Tipton of Judas Priest. Where is your happy place: My bedroom. First Fender guitar: 1991 Mexican Stratocaster, which was stolen from me in Atlanta :(. Why be a musician: There is no right or wrong way to play. What’s in your home fridge: Honeycrisp apples. Describe a perfect day: Drinking espresso, taking a nice walk, recording a song, and seeing a movie. If I wasn’t a musician I would: Probably be bussing tables in a restaurant somewhere. 10 years out, where are you: Hopefully doing the same thing I do now. 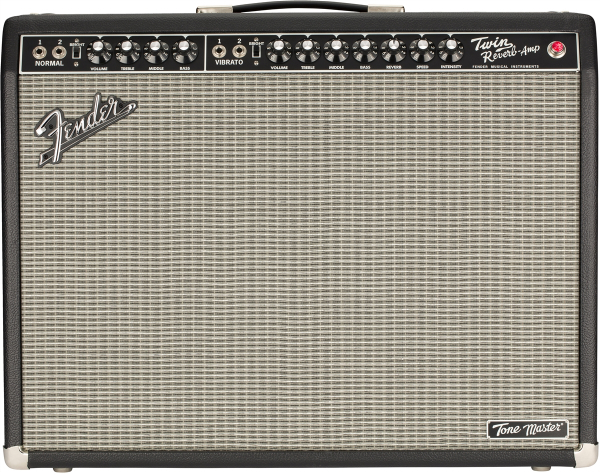 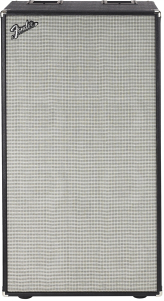