Standard Tuning: How EADGBE Came to Be

Get the when and why of your guitar's typical tuning. 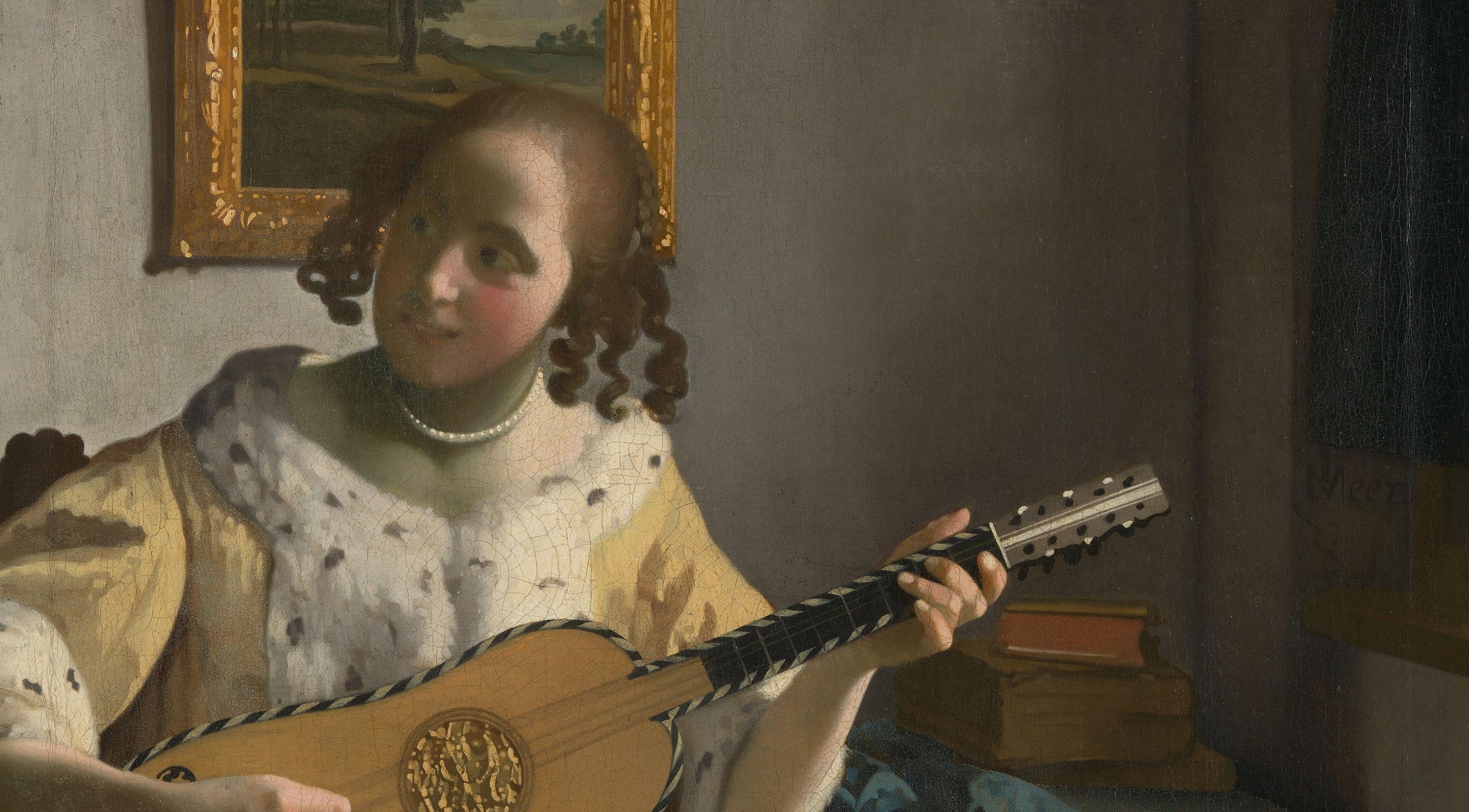 Ever wonder why the “standard” tuning of a guitar is EADGBE?

The history of that sequence is interesting, especially because most everyone using stringed instruments such as the violin, cello and mandolin over the past 1,000 years have agreed that they are best tuned in fifths. (For inquiring minds, all-fifths tuning means that the interval between each open strings is a perfect fifth.)

Guitars, however, are typically tuned in a series of ascending perfect fourths and a single major third. To be exact, from low to high, standard guitar tuning is EADGBE—three intervals of a fourth (low E to A, A to D and D to G), followed by a major third (G to B), followed by one more fourth (B to the high E).

It was a departure from the four-course guitar-like instruments (“course” in this sense meaning a pair of strings tuned in unison) dominant since the beginning of the Renaissance. The five-course guitarra battente that first appeared in Italy in the 1500s was tuned ADGBE, as are the top five strings of the modern six-stringed guitar.

Former Television guitarist and prominent music instructor Richard Lloyd once noted that while the violin and the cello lend themselves nicely to tuning in fifths because of their small scale length, the same doesn’t necessarily hold true on a larger-scale instrument such as a guitar.

“The guitar is a larger-scaled instrument which is played sitting in one’s lap,” Lloyd wrote. “Even though the cello is a larger instrument than the violin, it is played with the neck vertically, which allows the hand to have a little bit easier time reaching for notes. With the guitar sitting in the lap and the neck diagonal to the player, the bend in the wrist starts to make it more difficult to spread out the fingers. So our next best choice for tuning any larger scaled multi-stringed instrument is going to be to tune in fourths, which are a little closer together. On a guitar, a person with a normal-sized hand can reasonably be expected to sound the major third with the pinkie finger while holding down the tonic with the index finger. So it makes sense that the next string should be the fourth.”

Lloyd also astutely pointed out that if six-string guitars were tuned completely in perfect fourths, you’d wind up with a harmonically discordant arrangement of (low to high) EADGCF. You can see the problem there—E and F are only a half step apart, imposing a naturally irritating interval of a minor second. “This is a god-awful interval,” Lloyd wrote. “And threatens to sour the whole thing.”

Fortunately, since the ADGBE tuning for the top five strings had already been adopted in the 16th century—before a lower sixth string tuned to E was added—such a problematic tuning arrangement was avoided. That lower E continued the arrangement of perfect fourths used for all string pairs except the major-third interval adopted for the second and third strings, resulting in the standard guitar tuning that remains today.