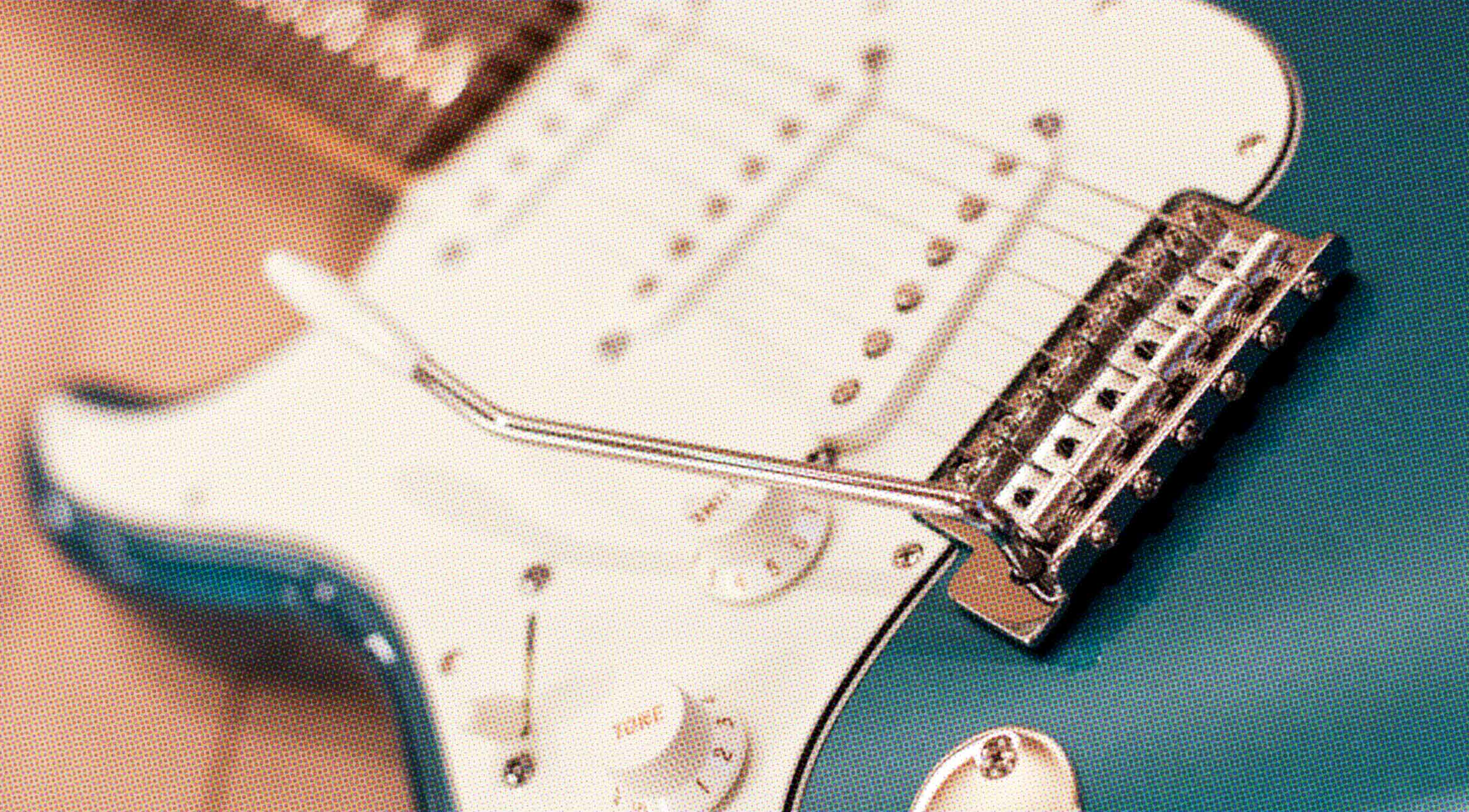 Tremolo systems first started appearing on guitars in the 1930s and have evolved multiple times in the ensuing decades.

Utilizing tremolo can be an integral aspect of your sound—see: Duane Eddy, Jimi Hendrix, David Gilmour, Jeff Beck and Eddie Van Halen—or add a splash of color to your style.

But what is a tremolo system, how does it work and what are the benefits of one system over another?

A “tremolo system” refers to all components of the tremolo unit, which can include the tailpiece, the bridge, the nut and the tremolo bar. And it helps to know that the terms “tremolo bar”, “vibrato bar” and “whammy bar” are all used interchangeably—as are the terms “bar” and “arm”. (Fun fact: It was pioneering guitarist Lonnie Mack’s 1963 instrumental hit “Wham!” that gave us the term “whammy bar”.)

It’s also worth noting that guitars equipped with any type of vibrato system can be harder to tune, keep in tune and re-string than guitars with a fixed tailpiece.

Invented by Clayton “Doc” Kaufman in 1929 and officially patented in 1935, the Kaufman (or Kauffman) Vibrola was the earliest vibrato system put to use on guitars and was featured on some Epiphone archtops and Rickenbacker lap steel models, but its spring-based design would quickly work the guitar out of tune if used with any brio.

Country legend Merle Travis took his dissatisfaction with the problematic Kaufman Vibrola design to Paul Bigsby, a motorcycle racer and mechanic, who soon gave Travis, and the world, the Bigsby Tremolo.

It was the Bigsby that finally stabilized the tremolo enough to make it popular—and they’re still popular today thanks, in part, to their vintage, curlicue looks. Fender has incorporated a Bigsby unit on multiple models in the past, including the 2016 Limited Edition American Special Jazzmaster.

Leo Fender’s “synchronized tremolo” unit debuted on the first Stratocasters in 1954. The “Strat trem”, as it is often referred, requires that the strings be fed through a cavity (the “trem cavity”) in the back of the guitar body and features an integrated bridge system with six individually adjustable saddles, all of which work together—you could even say they are “synchronized”—to bend the pitch.

The Strat trem continues to be extremely popular with guitarists and was updated in 1986 when Fender moved from a six-point bridge attachment method (i.e. six screws are drilled into the body to attach the bridge) to a two-point bridge system where two posts are drilled into the body. In each, the bridge is largely held in place by the tension of the strings, which helps to increase tuning stability.

Fender further expanded the use of tremolo when he filed a patent for the “floating tremolo” in 1958, which allowed for both the flattening and sharpening of strings. 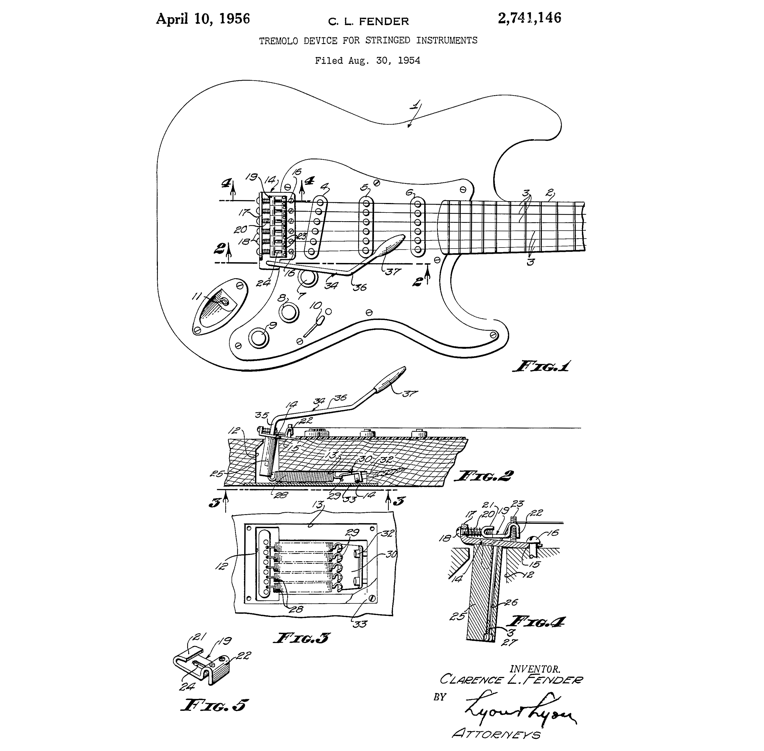 The floating tremolo first appeared on the initial run of Jazzmasters, which have their own tremolo system still in use and found on other Fender models like the Jaguar and Bass VI.

In the Jazzmaster system, the strings are threaded through a lip that rises in the shape of a small, cresting wave over the tailpiece, which is set against the body while the bridge is placed separate from the tailpiece. The lip allows for bending pitch both up and down. Rarer is the Fender Mustang Dynamic Vibrato, which bowed on the first Mustang models in 1964. In this system two posts go through the baseplate to anchor the strings and the vibrato bar. Beneath the baseplate—in a small trem cavity—are two springs that connect the posts with the plate and provide string tension.

Many other tremolo systems followed, most notably the Floyd Rose Locking Tremolo, invented by Floyd Rose in 1977, and often referred to simply as the “Floyd Rose”. Another synchronized unit, the Floyd Rose “locks” each string at both the bridge and the nut, which allows for better tuning stability even with dynamic use, which made it the preferred tremolo system of ‘80s and ‘90s dive-bombing shredders like Van Halen, Neal Schon of Journey, Joe Satriani and Steve Vai.

There are two basic types of trem arms, both of which are fairly self-explanatory: Screw-in and pop-in.

Screw-in arms simply screw into place on the tailpiece while pop-in arms “pop” or “click” into place, have no threading, and most, including all Fender pop-in arms, can be tightened to your preferred tension.

The arms themselves can be straight, curved, flat and of various lengths—Merle Travis’ original Bigsby bar was comically long by today’s standards and Pink Floyd’s David Gilmour famously uses a shortened trem bar to keep it out of the way of his strumming hand and while gripping it with his pinkie.

Tremolo systems can be complicated and many such systems exist. Which one is right for you is likely a matter of how frequent and/or aggressive your use is and personal taste.