Peel Off Pickguard Film Without Damaging Your Guitar 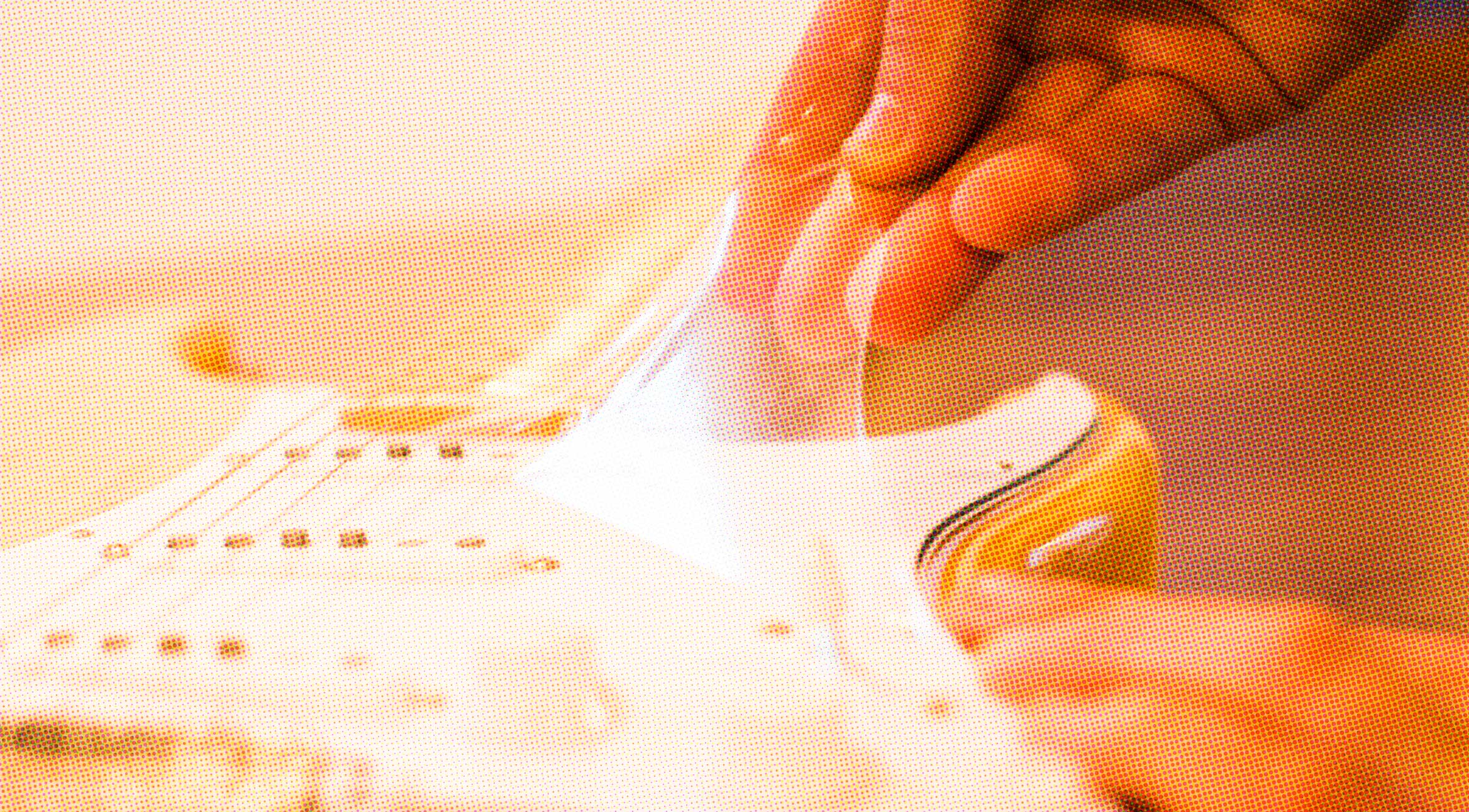 First-time instrument buyers are sometimes a little dismayed to notice that the pickguard on their brand-new guitar or bass looks weird—kind of dull, and maybe already scratched up quite a bit.

Fear not, there’s nothing wrong with it.

Why? Because most new guitars and basses come with a protective film of clear plastic covering the pickguard. This film protects the pickguard during shipping and retail display. It’s this thin film that looks worn and faded, not the pickguard itself, and it’s meant to be removed.

You just peel it off, and you’re in business. Easy as that.

Many players—especially newcomers—don’t even notice the protective film; it doesn’t occur to them to remove it because they don’t realize it’s there in the first place. Or they do notice it, but they don’t know it’s supposed to be removed. Either way, there seems to be an inordinate number of players eagerly honing their craft on instruments that still have clear plastic film stuck to their pickguards.

With all speed, peel that film off. Even though it’s clear, you can tell if it’s still there because it imparts a dull sheen to the pickguard and might even have started to peel, wrinkle or “bubble” on its own. Although it peels off easily, it might get a little tricky around pickguard screws or control knobs.

If that happens, just loosen the pickguard screws slightly, remove the plastic stuck around them, and re-tighten them. You shouldn’t need to remove the control knobs to get all the plastic off, but if you try to remove them anyway and they’re not budging, do not try to pry them off with a screwdriver, knife or other suitably flat implement, because you could damage the finish, the pickguard or the knobs themselves. Instead, try wrapping a cloth like a hand towel around the knobs to increase your leverage in working them loose.

Once the plastic film has been removed, your pickguard will look like it’s supposed to—nice and shiny and flat and new.