How to Play the Cmaj7 Chord on Guitar

Learn how to play the Cmaj7 chord on guitar and get started learning your favorite songs. Check out our guitar chord charts to grow your skills.

Lesson: How to Play a Cmaj7 Chord

The Cmaj7 chord (also written as C major 7), has a rather unique and quirky tone to it. Its tone is warm, but open-ended -- like it has a question to be asked or answered. All the more reason why the Cmaj7 chord finds its way into heavy pop songs or tunes within the hard rock genre.

In this lesson, we’ll show you one way to play the Cmaj7 chord as well as some songs that feature the chord. Let’s get started.

How Do You Play a Cmaj7 Chord on Guitar?

The Cmaj7 chord is made up of four notes:

As you learn to play different chords, you’ll hear a lot about the different formulas that comprise minor chords and major chords. Seventh chords, like the Cmaj7 chord, use a slightly different formula, adding a major 7th to the construction of the standard C major chord formula. As is the case with many 7th chords, that extra note is what gives the chord its distinct (and slightly quirky) sound.

To play the open version of the Cmaj7 chord on your guitar, here’s where you’ll place your fingers on the appropriate frets and strings: 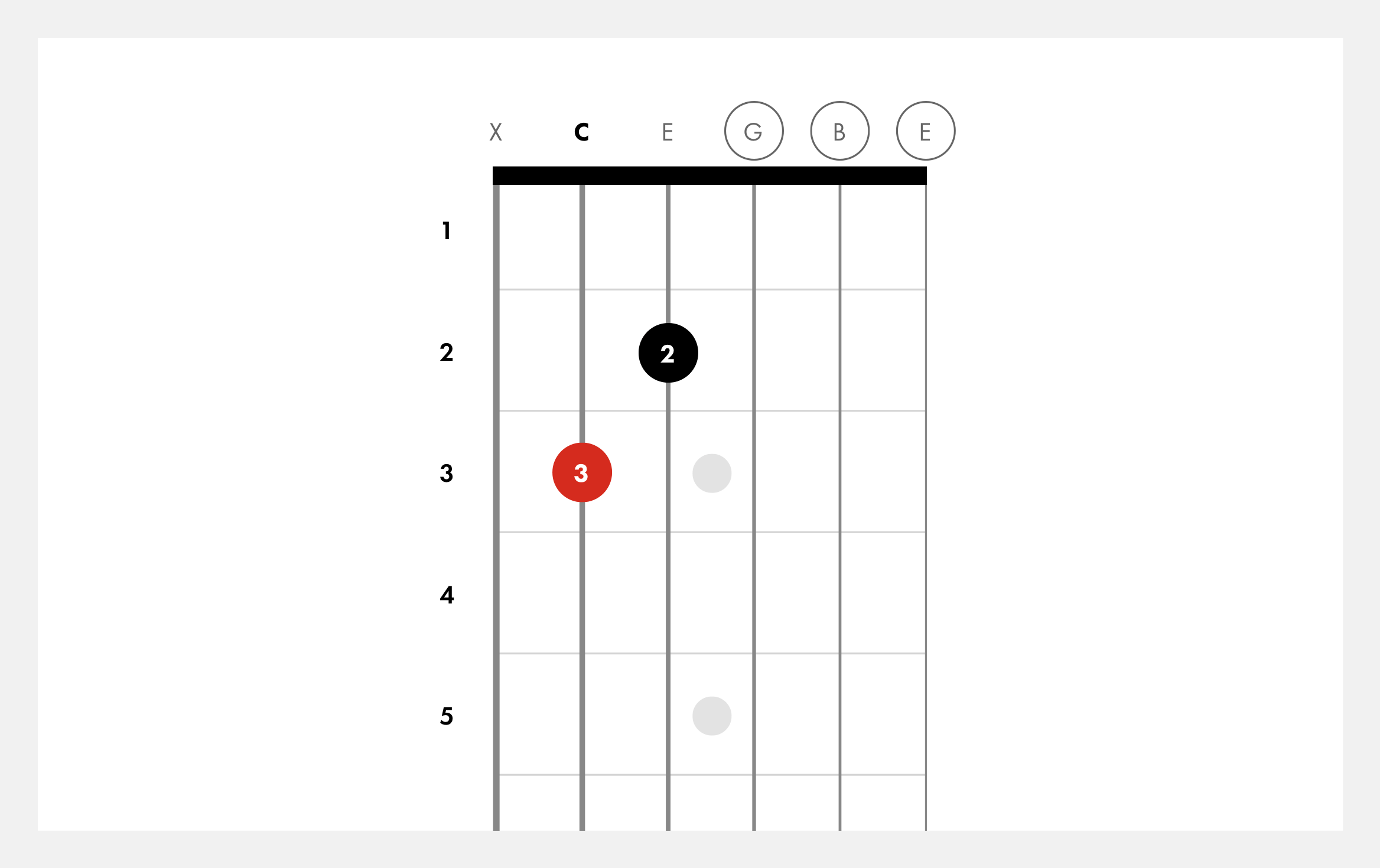 Strum 5 strings down from the A (5th) string and you’ll hear a rich, full version of the Cmaj7 chord.

Check out the Cmaj7 guitar chord in Fender Play.

Songs That Use the Cmaj7 Chord

The Cmaj7 chord can be found in a wide variety of songs and is as equally at home in pop standards as it is alternative rock classics. Feel like trying your hand at playing the Cmaj7 chord in a few old and new favorites? Unlock these song lessons below (and get access to even more songs to learn!) when you sign up for a free trial of Fender Play.

In the case of the latter, listen for the Cmaj7 chord in Soundgarden’s iconic “Fell On Black Days”. The Cmaj7 chord makes an appearance on the bridge, providing a solid layer of rhythm guitar that is equal parts power and melancholy.

Building off of the somewhat ambiguous, laid-back tone of the Cmaj7 chord, Frank Sinatra’s version of the holiday classic, “Have Yourself a Merry Little Christmas”, weaves the chord into its composition. Listen to how the Cmaj7 chord sounds alongside some of the major chords (G and E), minor chords (Em and Am), as well as additional 7th chords (including D7, G7, and E7) to study the emotional resonance of these chords when played together.

The storytelling power of Cmaj7 is also on display when you listen for it -- and play it -- in Lukas Graham’s “7 Years” and “Drive” by Incubus. Both songs teeter on the brink of cautious optimism and self-reflection.

Learning to play the guitar takes practice and patience. Give yourself time and put in a few minutes each day to reinforce the lessons you’re learning and to add new skills to your guitar arsenal. One of the most important skills you’ll learn as a guitarist is how to play chords. To keep expanding your knowledge, browse Fender Play's chord library. Once you’re comfortable with playing the Cmaj7 chord and others, you can apply that knowledge and start learning a full library of songs with a free trial of Fender Play today.