How to Play the E Major Scale on Guitar

In this article, we review the notes in the E major scale and how to play it in two different positions.

Memorizing scales -- like the E major scale -- and various ways to play them, can help expand your knowledge of music theory. Developing a stronger foundation in knowing the notes of a given scale can help you play songs you love or aid you in your own songwriting.

In this lesson, we’ll cover how to play the E major scale. We’ll also discuss the notes that build the scale and finger placements to play the scale in a couple ways.

Notes in the E Major Scale

You might notice that the notes in the E major scale are the same as the notes in the C# minor scale, just with different tonic notes (or starting points). This similarity means that C# minor is the relative minor of E major.

Next, we’ll review the different positions and finger placements needed to play the E major scale on guitar.

The E major scale on guitar is much easier to learn with scale diagrams. These diagrams or charts represent the fretboard of your guitar and indicate which notes you’ll play on which frets and strings.

In the diagrams below, each dot shows you which note you’ll play on which string and fret. If you see a circle above a string, play it in an open position (not holding down any frets). Yellow dots indicate the scale’s root note -- in this case, the root note is E 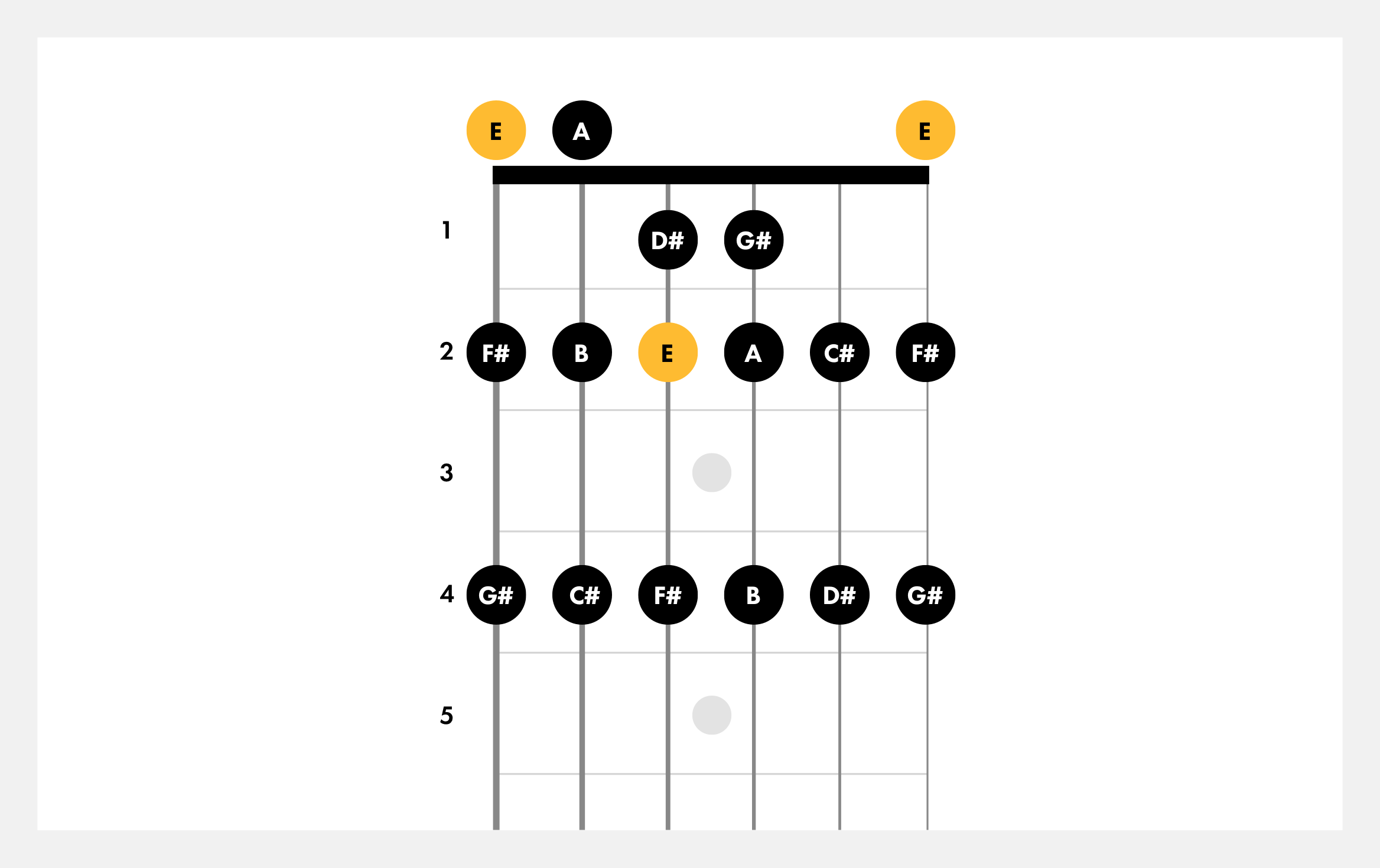 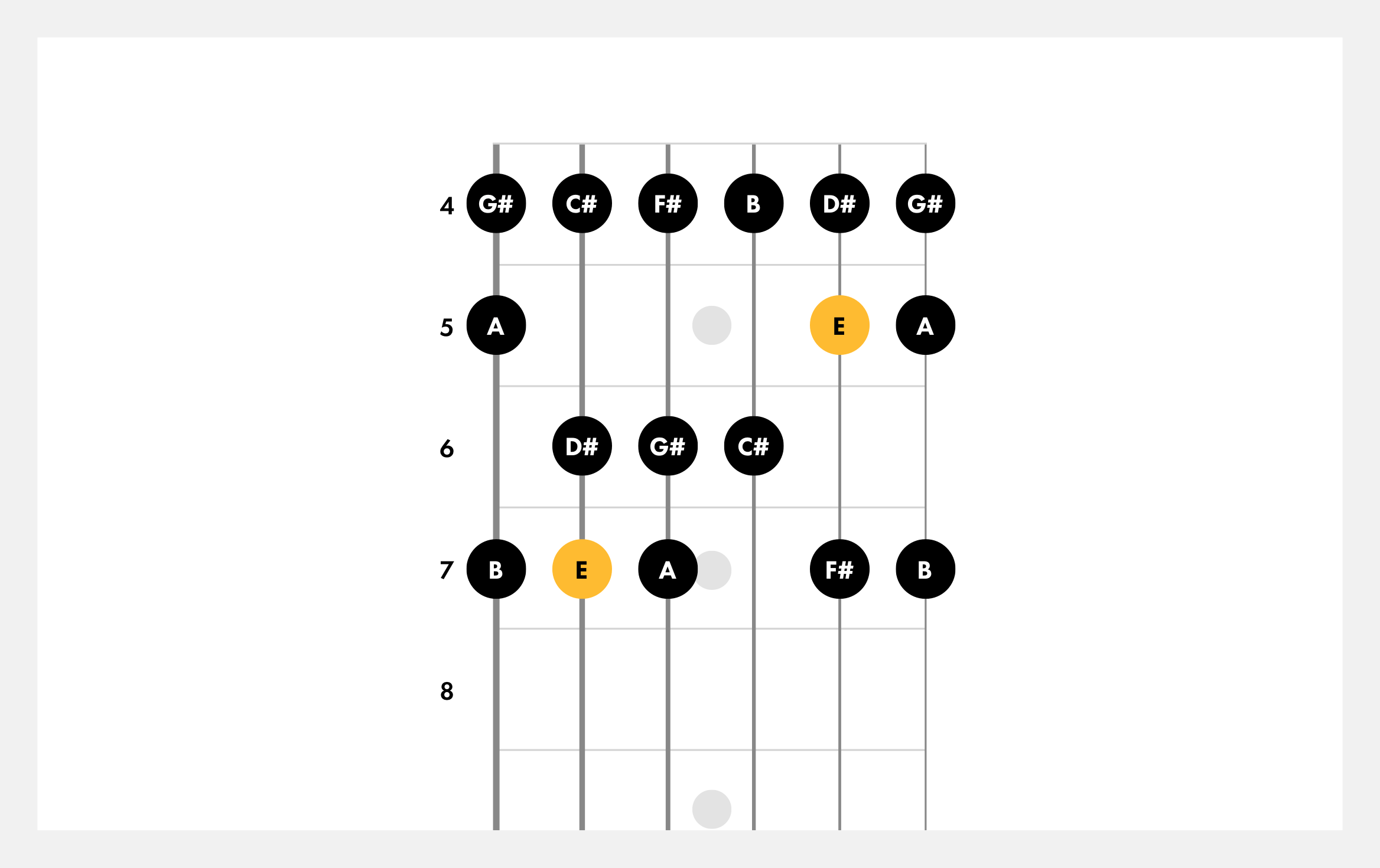 Like scale diagrams, guitar tabs (or “tablature”) also represent scales. This is just a different way to learn these same scales step-by-step. You might find one style easier to read than the other. And that’s perfectly okay!

It’s still helpful to understand how to read both diagrams and tabs since both notations are common. This way, you’re not limited when seeking out knowledge to further your guitar education.

Let’s take a look at guitar tabs for each of the scales we just studied.

To play the E major scale in the open position, start playing an open low E string. Follow the rest of the tab for the remainder of the scale. (Pro tip: The numbers correspond to the fret you’ll be holding down. Zeros indicate an open string.) 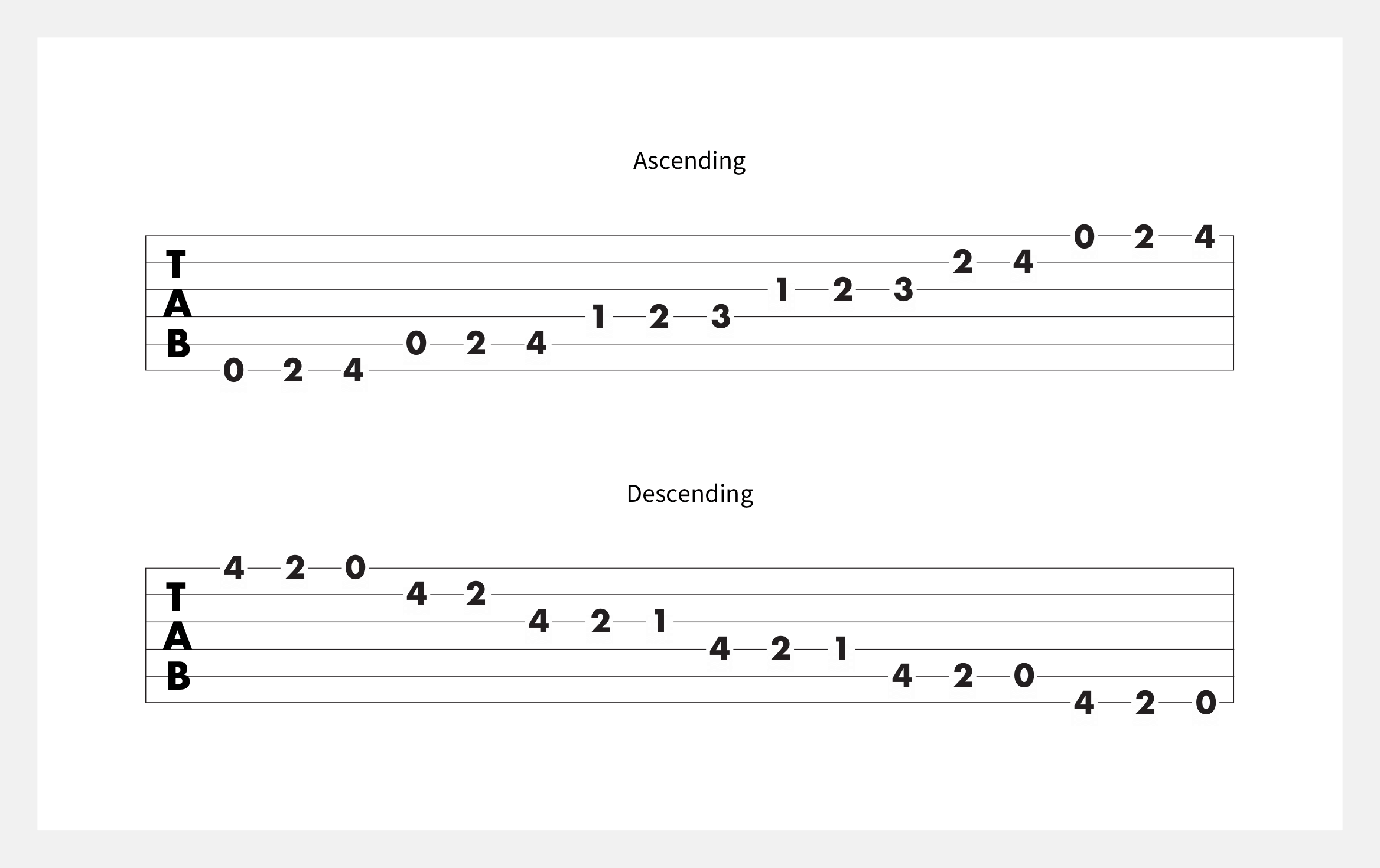 To play the E major scale in fourth position, start with your pinky finger on the seventh fret of the A string and follow the tab. 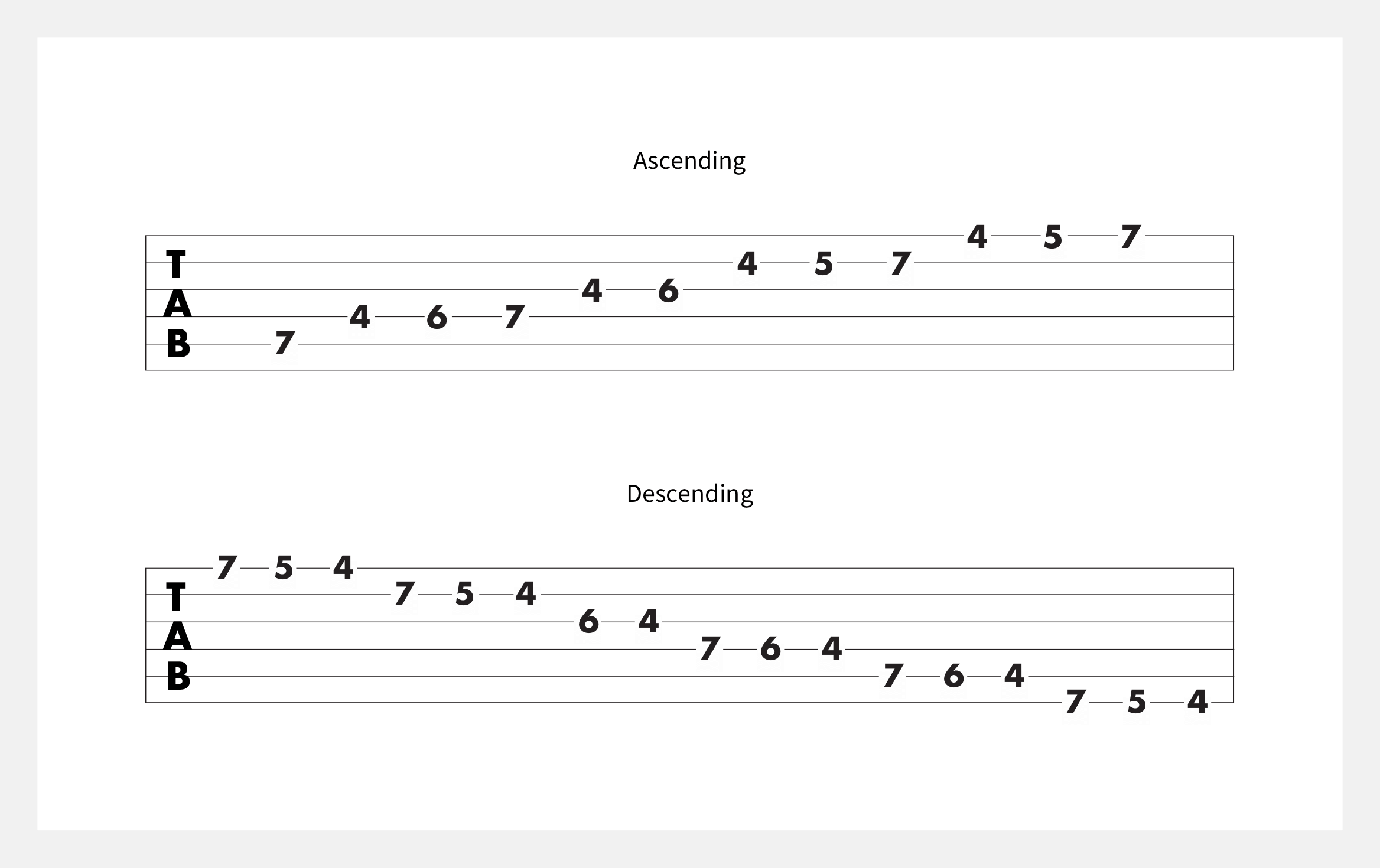 Practicing different exercises can help you with various facets of your music theory knowledge -- memorization, learning the fretboard, and practicing picking hand technique.

Playing your scales over and over again is one of the best ways to memorize them. Start by playing slowly, making sure you’re cleanly fretting each note and using correct finger placement. You can play faster as you gain finger strength and muscle memory. Invest in a metronome -- or tap your foot along to the beat -- to keep time while you play.

Playing E major in the open position might be the easiest to start out with, but feel free to venture down the fretboard in fourth, fifth, or even in 12th position. We did not cover those positions in this lesson, but you can expand your repertoire once you master those shown here. Practicing scales in new positions helps you learn the notes on the rest of the guitar fretboard. Listen to the differences in pitch as you move up and down the fretboard.

Finally, scale practice is a perfect way to perfect picking hand technique. Try alternate picking as you play your scales.

Make scales a regular part of your guitar practice routine to keep your ears and fingers well-trained! Keep playing and keep practicing with a free trial of Fender Play.