How to Play the D Major Scale on Guitar

Learn the D Major scale on guitar and get started with exercises to build your skills. Practice the scale positions with diagrams and tabs.

The D major scale is important for beginner guitarists to learn because of its frequent use in a variety genres and popular songs – old and new. Like other major scales, D major is easy for beginners to learn. It's also a great scale to kickstart your musical education, whether you’re looking to play covers or write your own material.

Notes in the D Major Scale

There are seven notes in the D major scale:

If you look at the B minor scale, you’ll notice it’s made up of the same notes as the D major scale, but in a different order. This similarity makes B minor the relative minor of D major.

Now that you know the notes that comprise the D major scale, let’s take a look at a few different positions and where to place your fingers on your fretboard to play this scale.

Check out the D Major course in Fender Play to learn 5 positions of this essential guitar scale.

One simple way to learn the D major scale is by using guitar scale diagrams. These diagrams represent the fretboard of your guitar. In the diagrams below, each dot shows you which note you’ll play on a specific fret and string. If you see a dot with a note above the string, play the string in an open position. The yellow dots indicate the root note of the scale. In this case, that root note is D. 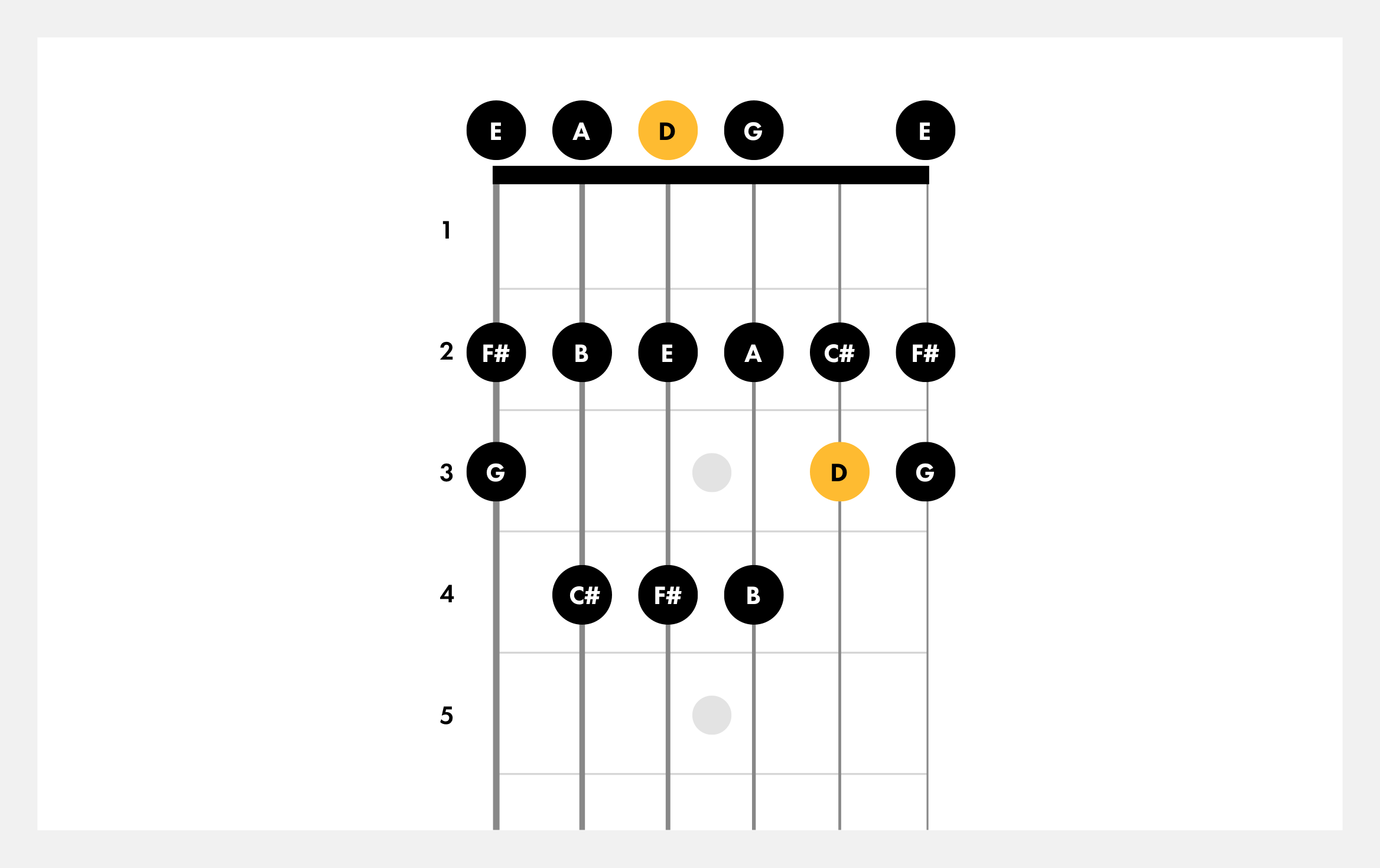 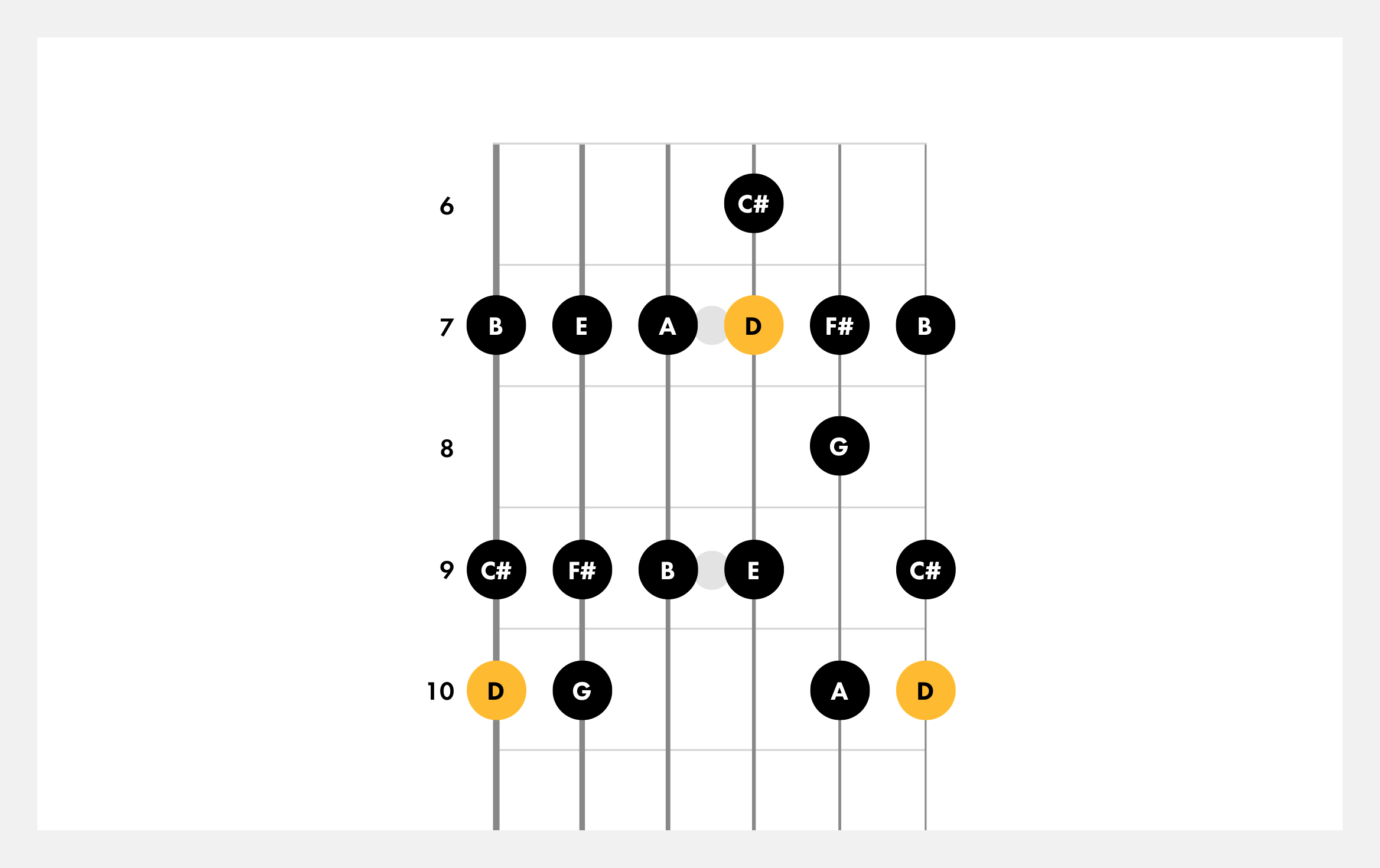 Guitar scale diagrams aren’t the only way to learn scales. Guitar tabs represent scales in a different, visual way that may be easier for beginners. Think of the scale diagrams as maps and tabs as more of step-by-step directions. You might find that you learn better using one rather than the other. However, it’s important to develop an understanding of both ways to play scales so you become a more well-rounded guitar player.

Let’s take a look at guitar tabs for each of the scales we just studied in the charts above.

To play the D major scale in open position, you’ll start by playing an open note on your D string, following this tab: 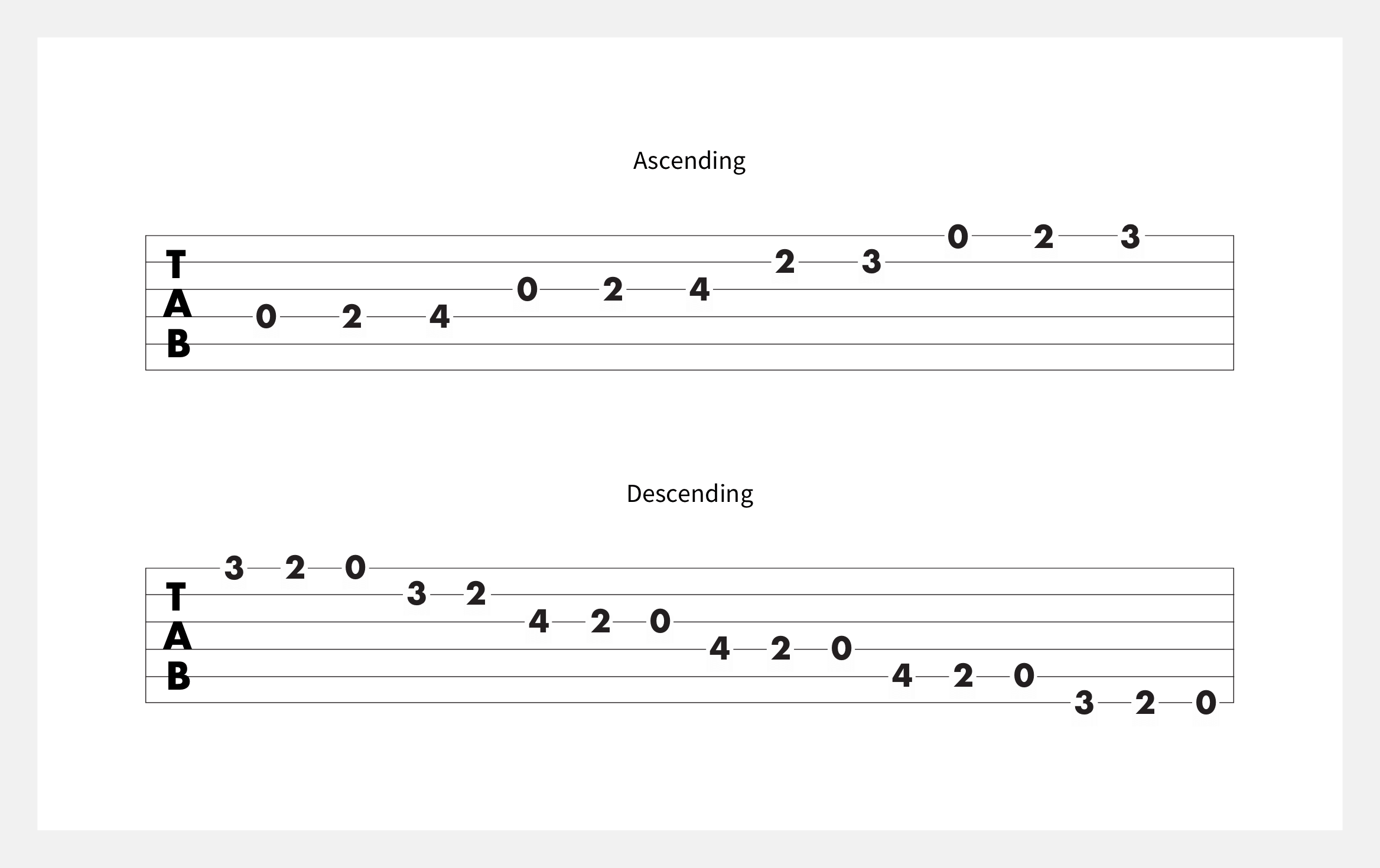 Here’s how you play the D Major scale in the 6th position, using tablature. Start with your pinky finger on the tenth fret of the E string. 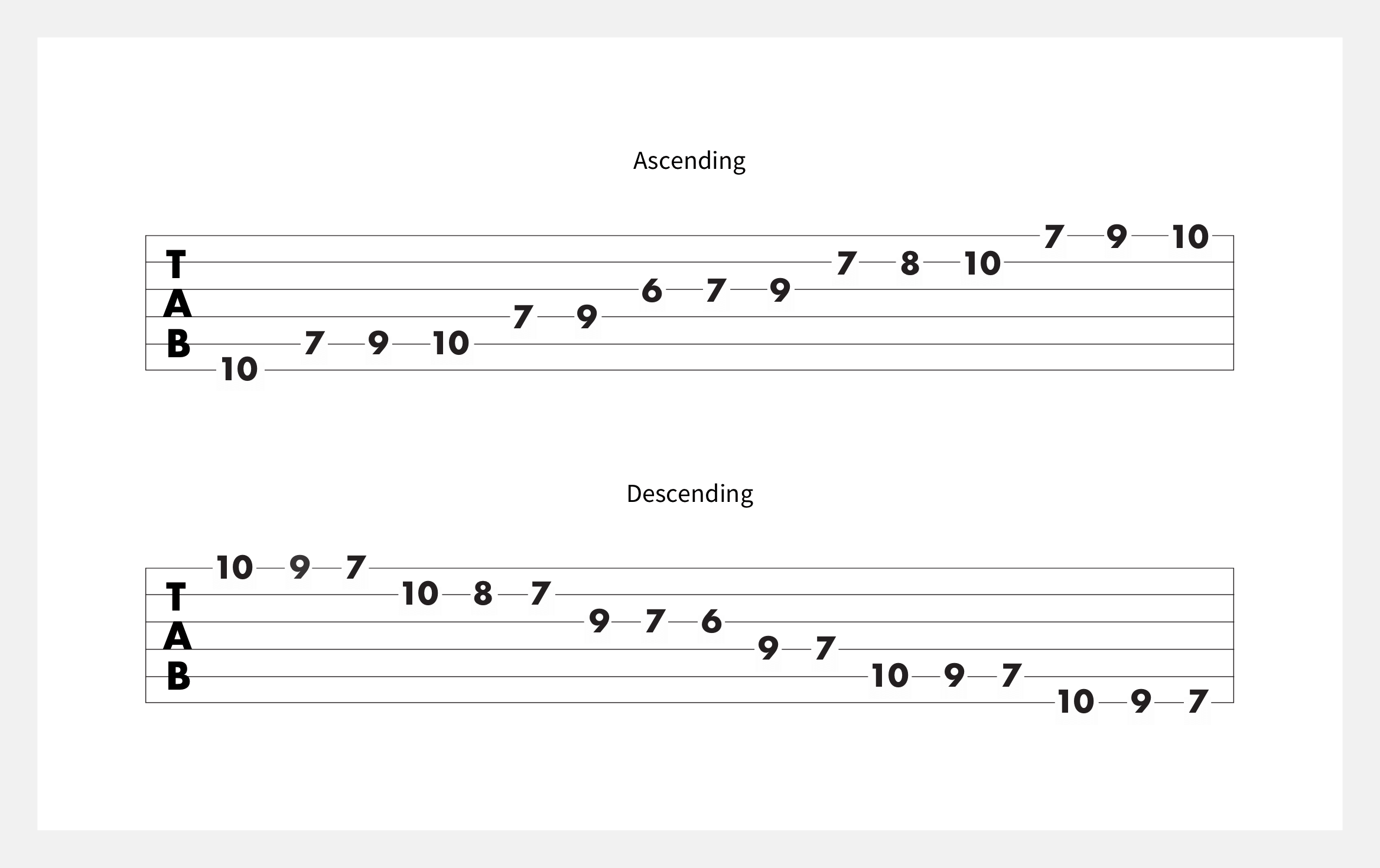 If practice makes perfect, then repetition is key. As you continue to learn the guitar, playing your scales over and over again is the best way to learn them, ensuring that you’re cleanly fretting each note with proper finger placement. Once your fingers adapt and strengthen, you’ll be able to transition between notes and chords at a faster and smoother pace. You may also consider using a metronome as you practice your scales to help you stay on time.

You should also consider playing the D major scale positions, starting with the open position and switching to the 6th or any of the other positions (there are several more) you may want to learn. As you play each scale, listen for the tonal differences in pitch as you play the same notes on different spots up and down the fretboard.

If your picking hand could use some work, scales can help with that. Use your scale practice to work on your alternate picking technique. If you make practicing your scales a regular part of your guitar education, you’ll be rocking in no time. Learn more with a free trial of Fender Play.