How to Play Blues Scales on Guitar

The blues scale is a six-note progression that sounds right at home in blues, rock, and country music. This scale is essentially the pentatonic scale plus one chromatic note, often called the blue note. This extra step gives the blues scale that unmistakably bluesy sound.

Mastering the blues scale will give you the tools you need to improvise over a range of chord progressions, from a classic 12-bar blues to a driving rock and roll song. In addition to boosting your improvisational skills, practicing this scale will also help you train your ear so you can learn new bluesy licks to incorporate into your playing.

Notes in the A Minor Blues Scale

There are six notes in the A minor blues scale:

The fourth note in the scale, in this example D#, is the blue note. The half steps that take you from D to D# to E have that wonderful walking blues sound that really distinguishes this scale.

As with other scales, there are many positions on the neck of your guitar where you can play an A minor blues scale. For this lesson, we’ll look at four different positions.

As you’re reading these guitar scale diagrams, remember the following rules. O stands for open string, and the numbers on the diagrams correspond to your fretting fingers in the following order: 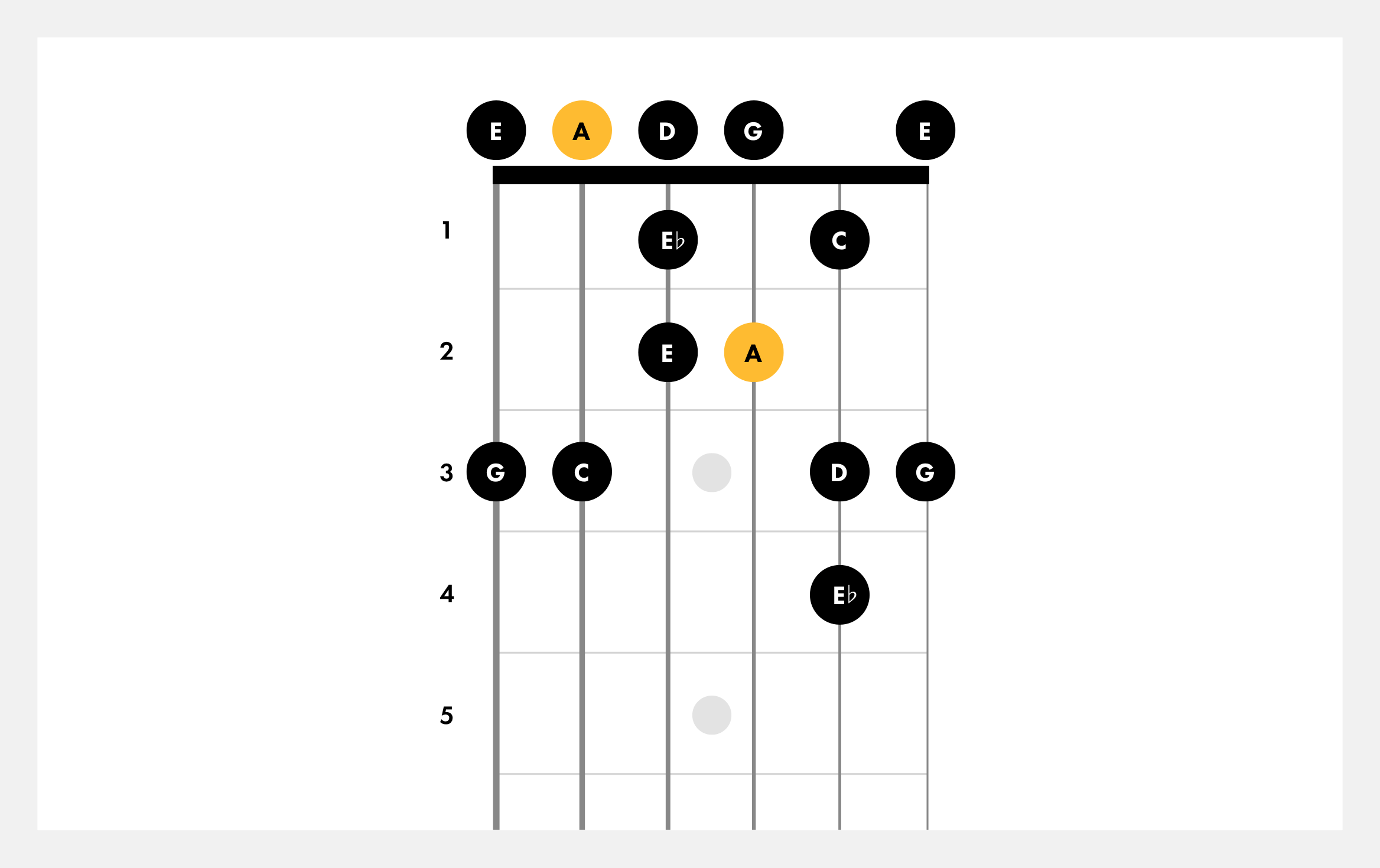 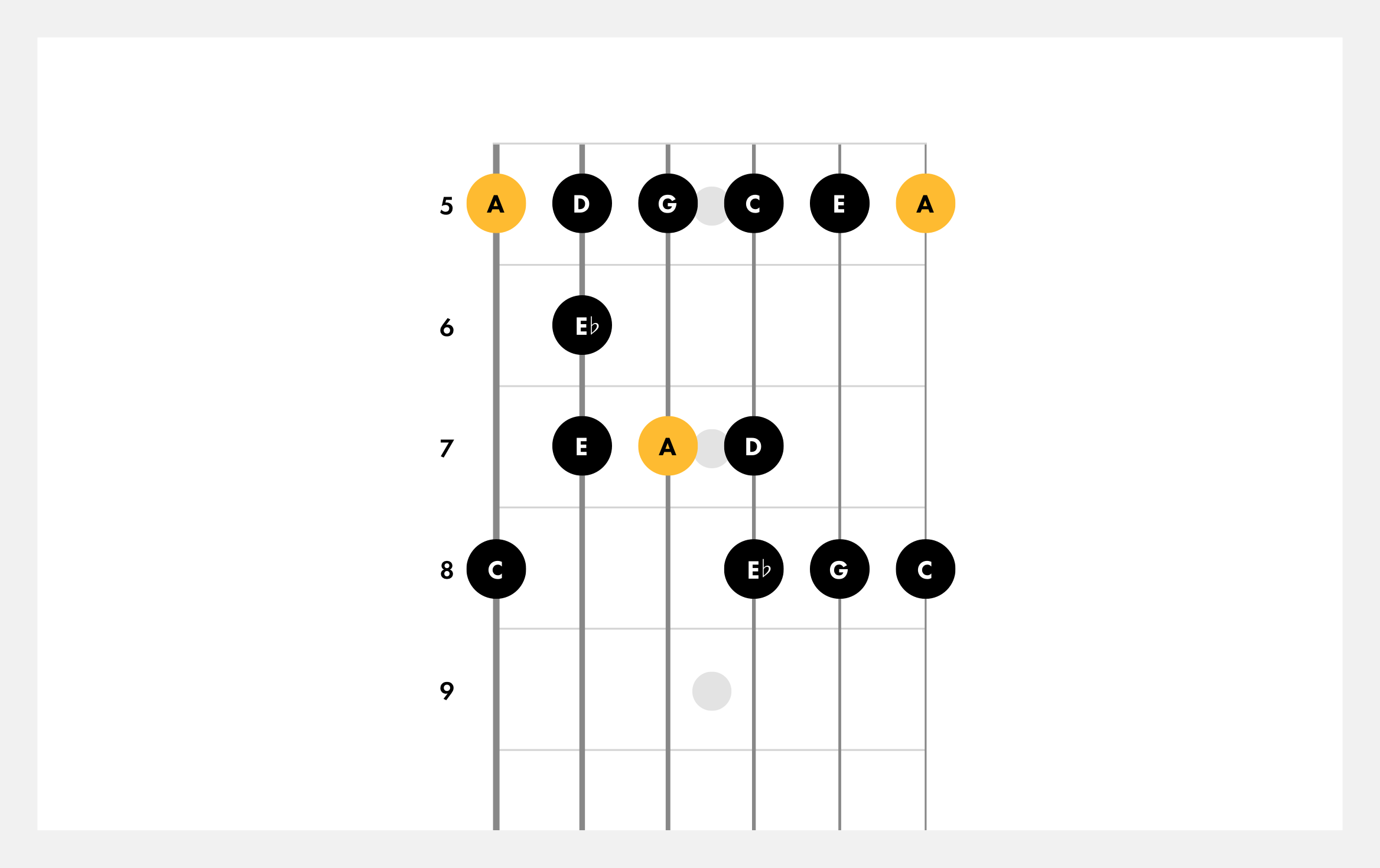 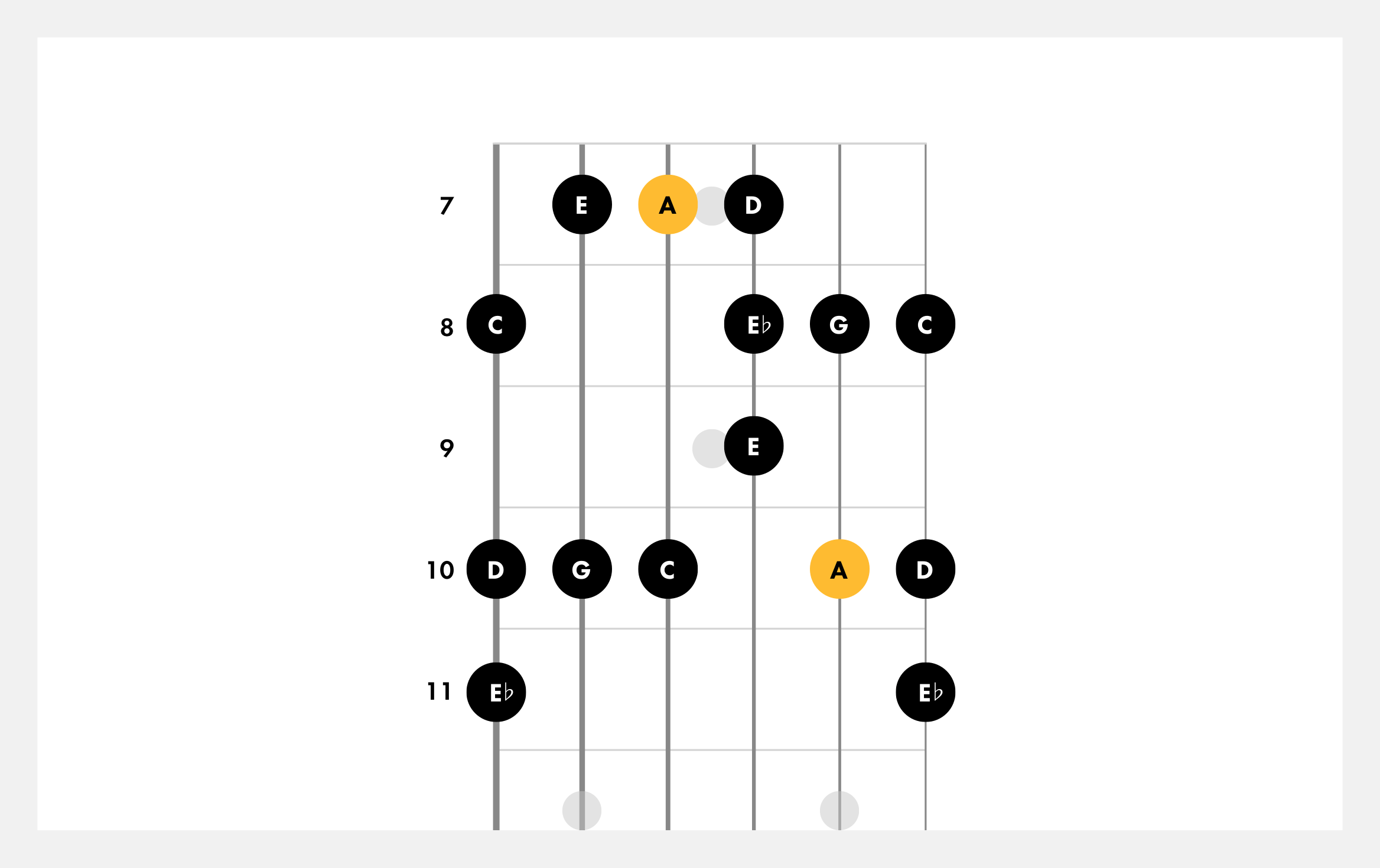 To play the A minor blues scale in 12th position, start with your index finger on the 12th fret of the A string. This scale does require you to shift your hand position up one fret once you reach the B string so that your index finger is on the 13th fret. Then, you must shift your hand back to your starting position for the high E string. This scale is also known as the A-shaped blues scale.

In this Technique of the Week, Kirk Fletcher (Fabulous Thunder Birds and Mannish Boys) teaches the pentatonic blues guitar scale which is essential for beginner blues guitarists. Fletcher breaks down this versatile scale and plays his favorite phrases rooted in pentatonic blues.

Now that you’ve looked at guitar scale diagrams for the E-shaped, A-shaped, and D-shaped blues scales, here are some tabs that will help you see how to play each of these scales in ascending and descending order.

Because this scale shape starts on the low E string of your guitar, it’s known as the E-shaped blues scale. Start with your index finger on the 5th fret of your low E string (A), and follow the tab to play this scale in ascending and descending order. 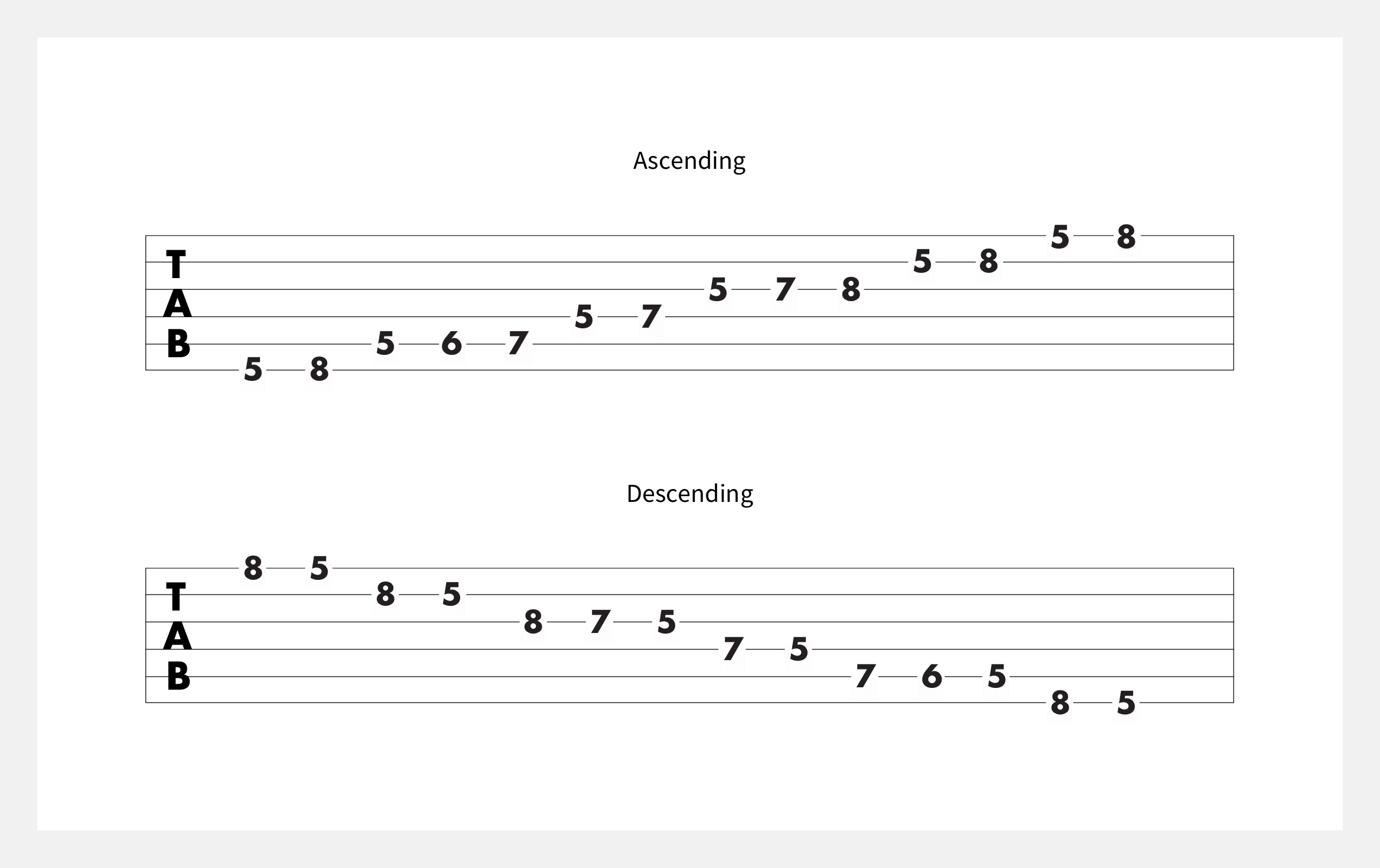 This scale is known as the A-shaped blues scale because it starts on the A string of your guitar. Start with your index finger on the 12th fret of your A string (A) and follow the tab to play this scale in ascending and descending order. Don’t forget to shift your hand position up one fret on the B string, then back to your starting position when you reach the high e string! 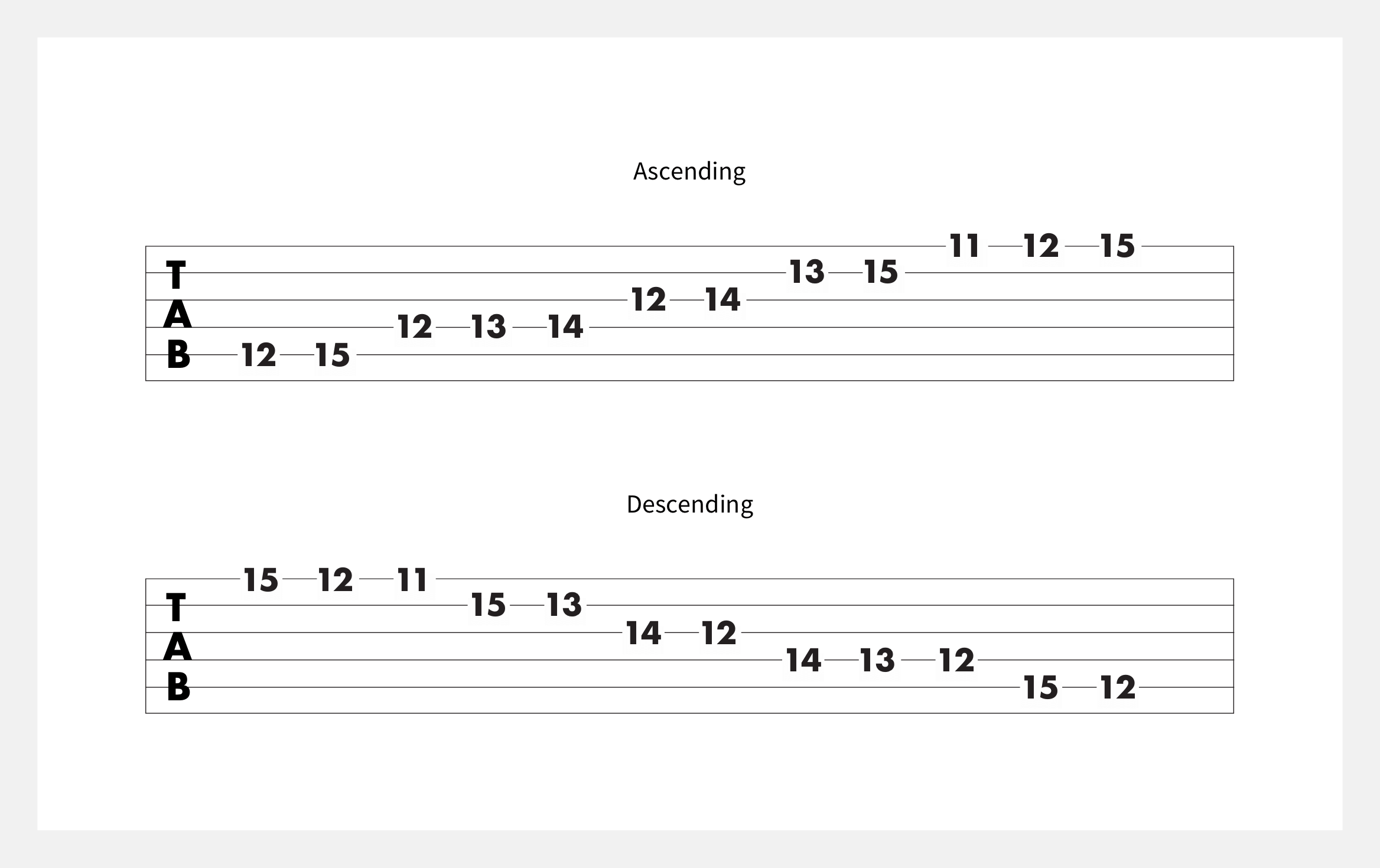 This D-shaped blues scale in A minor starts on the seventh fret of the D string (A). Begin with your index finger on the 7th fret and be ready to shift your hand up one fret when you reach the B string as you ascend the scale. When you’re descending, you’ll shift your hand back to the starting position on the G string. However, you’ll need to shift up one fret again when you reach the low E string.

The blues scale sounds great paired with a variety of chords, but it’s especially at home being played over 12-bar blues. The 12-bar blues is traditionally three chords, the I, IV, and V of a scale. In the case of the A minor blues scale, those chords are A, D, and E. However, to play a blues shuffle you won’t be strumming those chords as you know them. Instead, you’ll play simplified versions of each on two strings.

When playing 12-bar blues, it will likely sound very familiar to your ear. You’ve heard it before in blues music, as well as early rock and roll and country songs.

Play the 12-bar blues using downstrokes and emphasize the first and third beat of every measure to get the right rhythm. You might also find this 12-bar blues described as a blues shuffle thanks to this shuffling rhythm. Here is a guitar tab showing a standard 12-bar blues pattern.

Blues Scale Exercises Practicing the blues scale in A minor is a great way to train your fingers and your ears while you learn this versatile scale. First, practice playing the scales on your own until you are comfortable playing the A minor blues scale in each position.

Then, with a looping accompaniment of the 12-bar blues in A, practice playing the A minor blues scale in each position, but with a syncopated rhythm. Listen to the accompaniment and play the scale in sections, treating the notes on each string as one phrase. Once this feels easy to you, experiment by breaking up the scale into three- or four-note sections across strings.

Practicing your scales in this way will help you learn to improvise, and may even lead you to discover some interesting licks or riffs of your own.

Another great way to practice the blues scales on guitar is to spend time playing each shape up and down the neck of your guitar. Starting with the E-shaped blues scale, play each scale ascending and descending, beginning at the first fret and moving up one fret for each repetition of the shape. Play the scale in this way up to the thirteenth fret, then begin moving down one fret for each cycle until you arrive back at the first fret.

Playing the scales over a 12-fret span on your guitar will allow you to hear the scale in every key, helping you to train your ear. You can also use this exercise to help you memorize the notes on the E, A, and D strings by saying the root note of each scale as you go up and down the neck.