How to Play the A Major Scale on Guitar

Learn the A Major scale on guitar and get started with exercises to build your skills. Practice the scale positions with diagrams and tabs.

Lesson: Playing the A Major Scale on Guitar

Playing the A major scale is great exercise, whether you’re new to guitar or you’ve been playing for years. The A major scale turns up in many genres of music, so knowing these notes will often come in handy on your musical journey.

Additionally, learning your major scales is an excellent way to train your ear and get more familiar with your instrument, even if you don’t know much about music theory yet.

In this lesson, we’ll look at what notes make up the A major scale and learn how to play this scale in two positions. Finally, we’ll go over some scale exercises you can do to add this important scale to your guitar practice routine. Ready to get started?

Notes in the A Major Scale

There are seven notes in the A major scale:

The first note, A, is the root note of the scale. If you were building an A major chord, you would combine the root note A with the major third C# and the perfect fifth E.

Now, let’s take a look at the different positions and finger placements you’ll need to learn in order to play the A major scale on the guitar.

Guitar scale diagrams can be a helpful tool when you’re learning to play the A major scale. These diagrams represent the fretboard of your guitar. In the diagrams below, each dot shows you which note you’ll play on a specific fret and string. If you see a dot with a note above the string, play the string in an open position. The yellow dots indicate the root note of the scale. In this case, that root note is A. 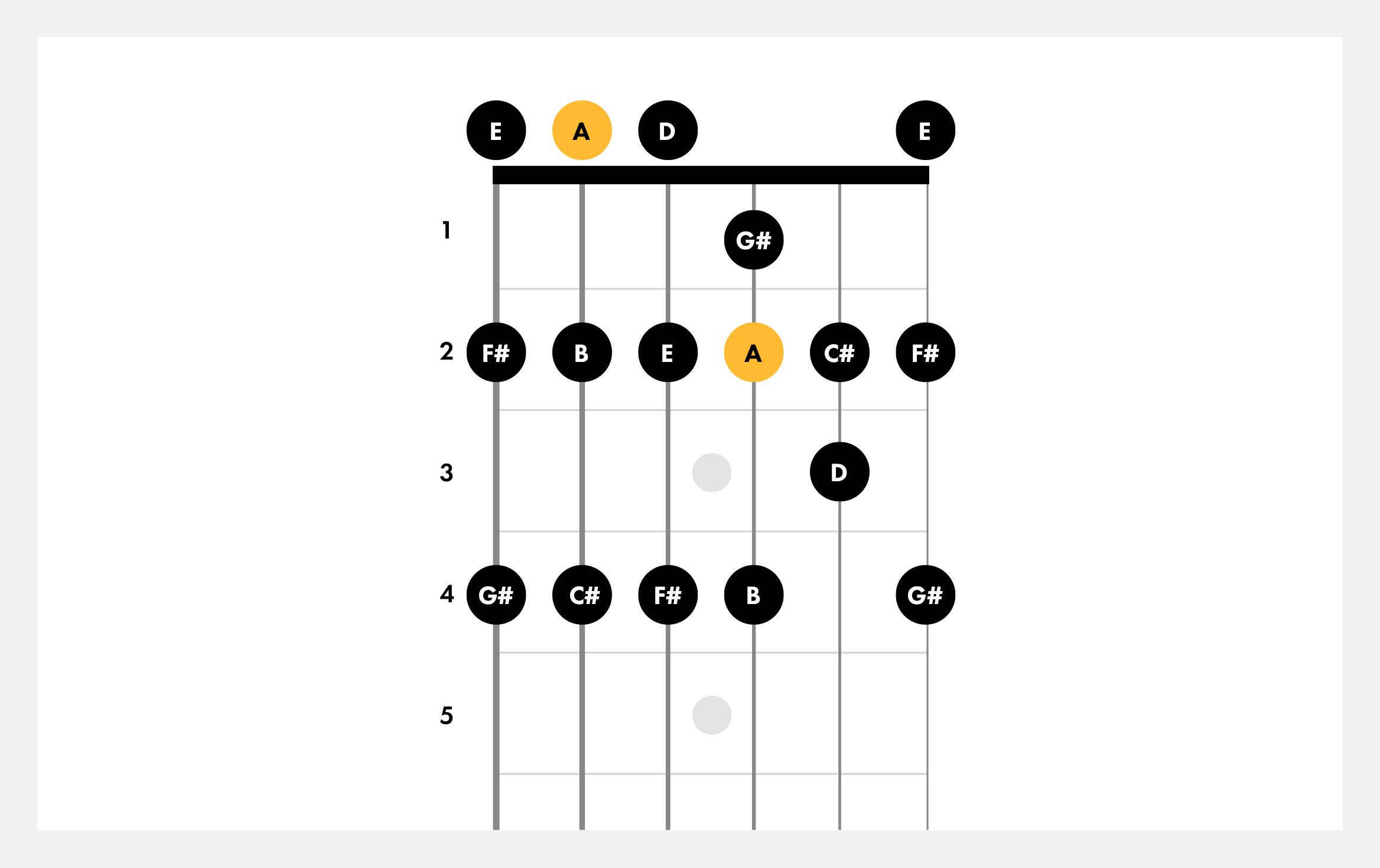 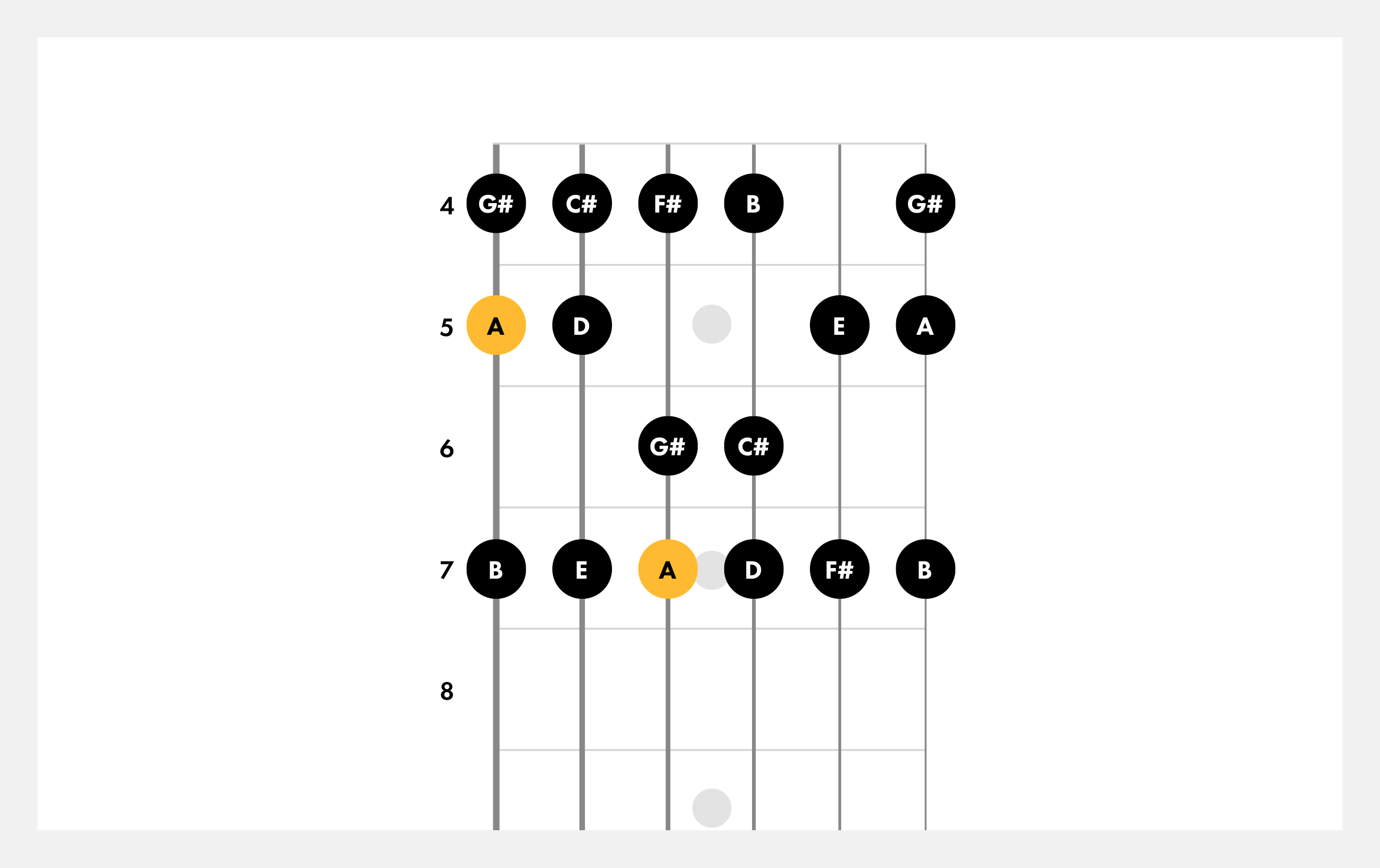 Next, we’re going to take a second look at the A major scale in open and fourth position. However, this time we’ll rely on a different method of notation. Unlike guitar scale diagrams, which lay out all the notes in a scale at once, guitar tabs show you which notes to play in what order.

You might find that you prefer using tabs over diagrams, or vice versa, and that’s totally fine. Whichever form of notation you prefer, it’s still important to understand both. They are both used rather commonly, so learning to play with both is a good practice that will help ensure you’re not limited as you continue studying guitar.

With that said, let’s take a look at guitar tabs for both of the scales we just studied.

To play the A major scale in the open position, start by playing an open note on your A string, then place your middle finger on the second fret of that string. Keep following the tab to complete playing the scale. 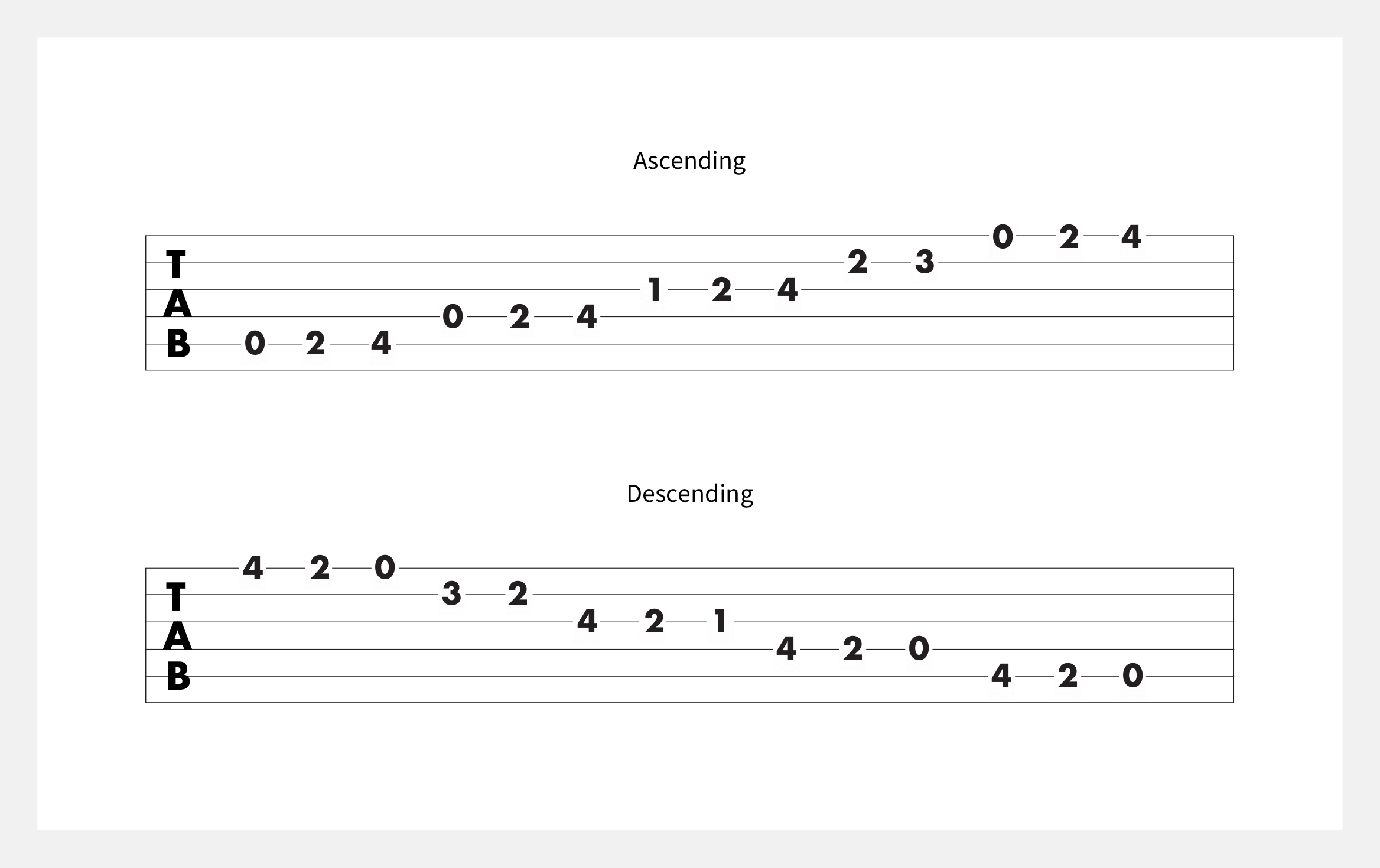 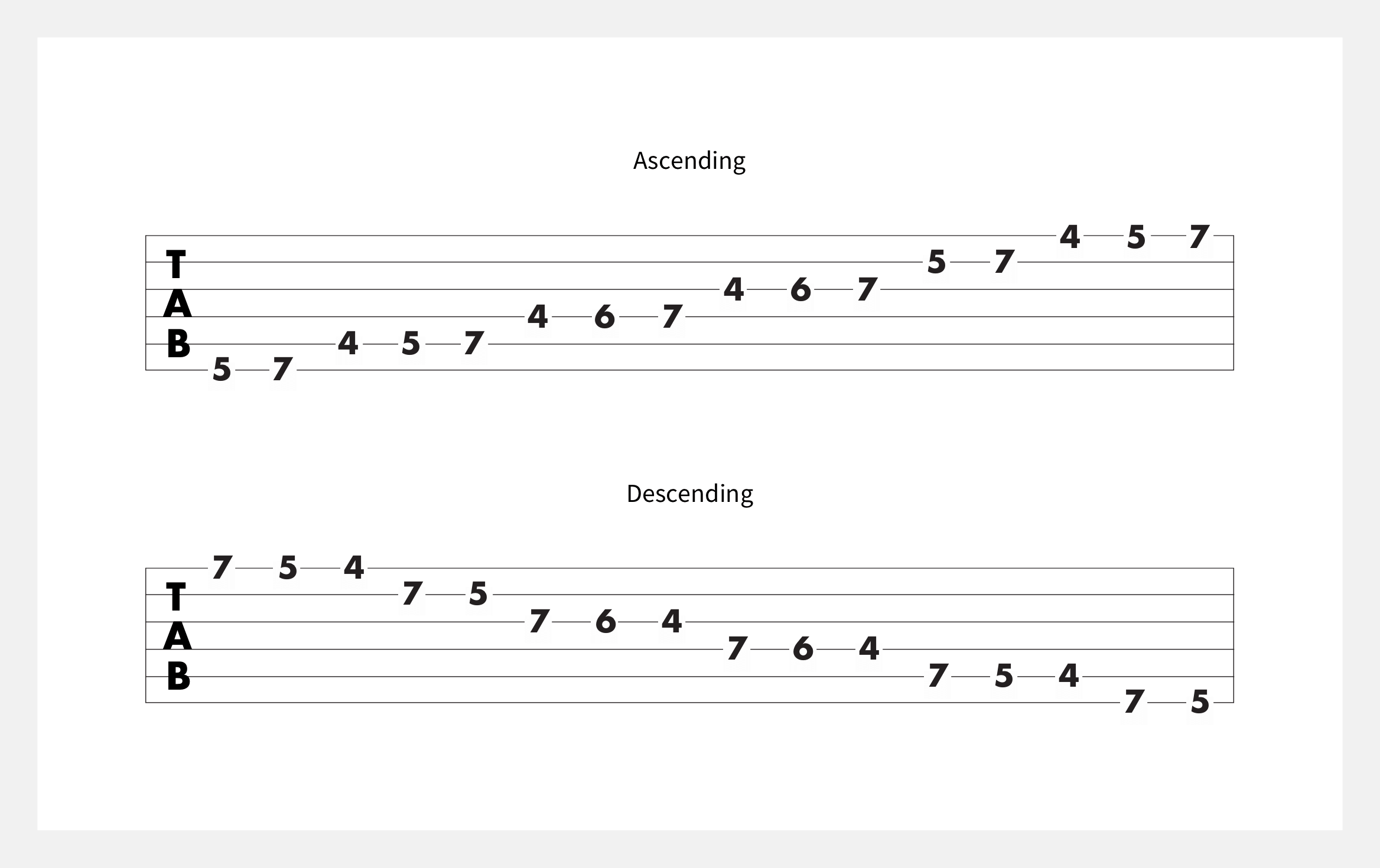 If you want to memorize and master the A major scale, the best way to do it is to play the scale over and over. Don’t rush! Instead, make sure that each note is fretted cleanly and that you’re using the proper finger placement. As your fingers get stronger and the pattern of the scale becomes more familiar, you can start to play a little faster. Try using a metronome as you practice playing scales to help you keep time while you play.

You might also like to play the two A major scale positions you’ve learned, switching back and forth between them. As you play, listen to the differences in pitch as you play the same notes on different spots on the fretboard.