Take a look at some of the great gear and cultural Fender moments from 2019.

2019 was a big year for Fender. Each month, new products were released to the world, from the groundbreaking American Acoustasonic Telecaster to the super-advanced American Ultra Series. And thanks to artists like H.E.R., who delivered a headline-grabbing performance at the Grammy Awards with a clear acrylic Stratocaster, Fender's amazing artists continued to help champion the brand to a global audience.

Heading into what promises to be a big 2020, here's a look back at a few artist and gear highlights from a great year.

Featuring a patent-pending Stringed Instrument Resonance System (SIRS) and revolutionary electronics that deliver a variety of tones, these guitars provide artists with an unparalleled sonic palette that helps them conveniently and affordably explore countless guitar tones and creative expression like never before.

The halftime performance at the Super Bowl every year is always a massive stage, with millions watching the game around the world. Maroon 5 filled that stage during the 53rd edition of the contest in Atlanta, running through a string of their biggest hits, including "Harder to Breathe," "Girls Like You" and "Moves Like Jagger."

But midway through their set, frontman Adam Levine pulled out a well-worn Fender Stratocaster to play a searing solo during "This Love" before he was joined by Travis Scott, who then rapped a few bars from hsi hit, "Sicko Mode." 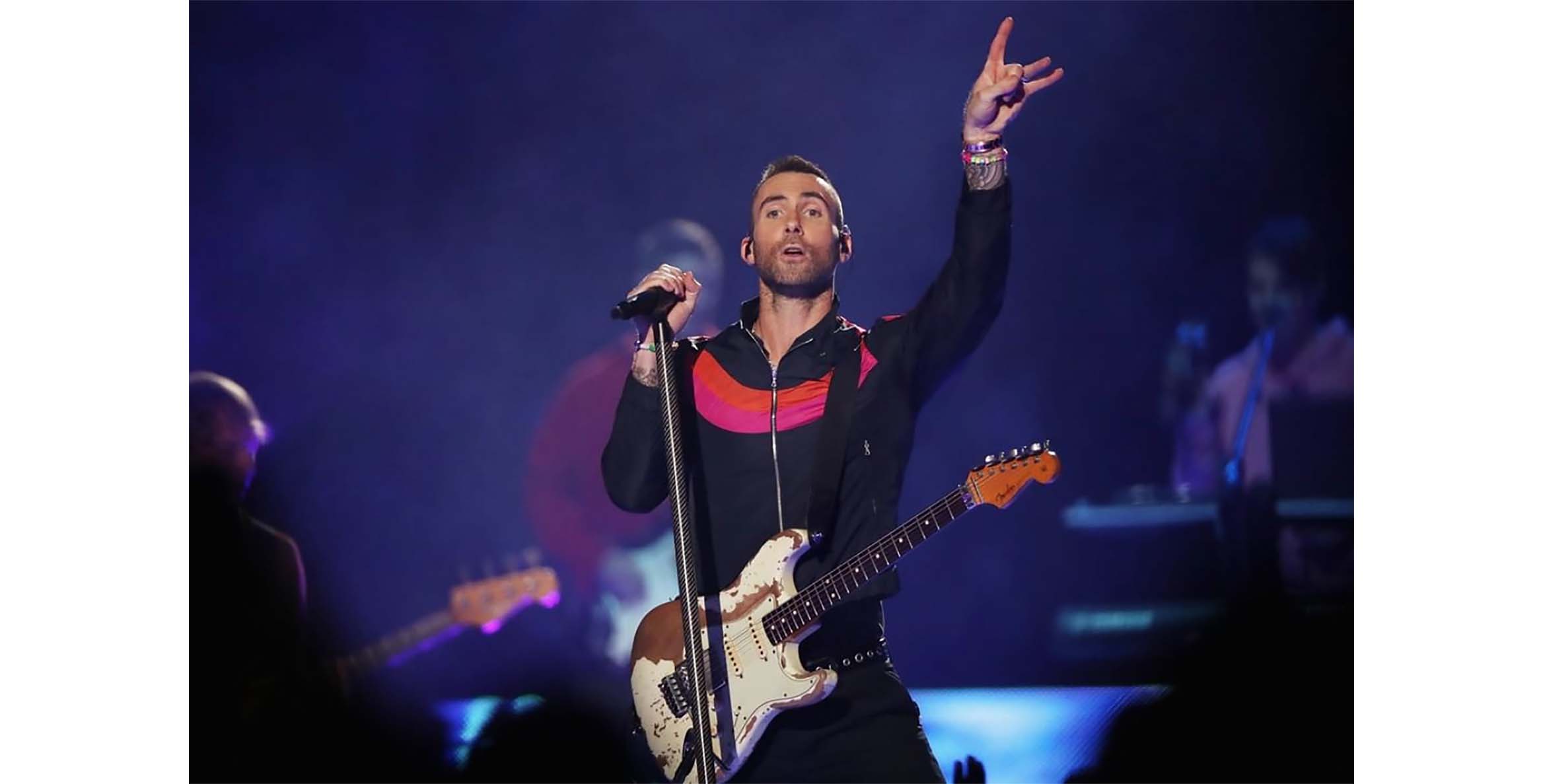 H.E.R. and the Acrylic Strat at the Grammys

During the 62nd annual Grammy Awards, Los Angeles' Staples Center was buzzing for singer/songwriter H.E.R. - nominated in four categories including Best R&B Album, Album of the Year, Best New Artist and Best R&B Performance - and the California native absolutely delivered. H.E.R. brought the room to their feet with a soaring rendition of her mesmerizing ballad "Hard Place" while playing a fully clear acrylic Stratocaster, which was hand-made by Fender Custom Shop Master Builder Scott Buehl.

She wasn't the only artist displaying their Fender love on stage, though, as the Red Hot Chili Peppers' Flea played one of his signature Flea Active Jazz Basses and Josh Klinghoffer had a trusty Strat slung across his shoulder. Shawn Mendes also performed his hit, "In My Blood," while playing a beautiful Telecaster alongside Miley Cyrus, while Janelle Monáe kicked off her stunning performance with a Duo Sonic. 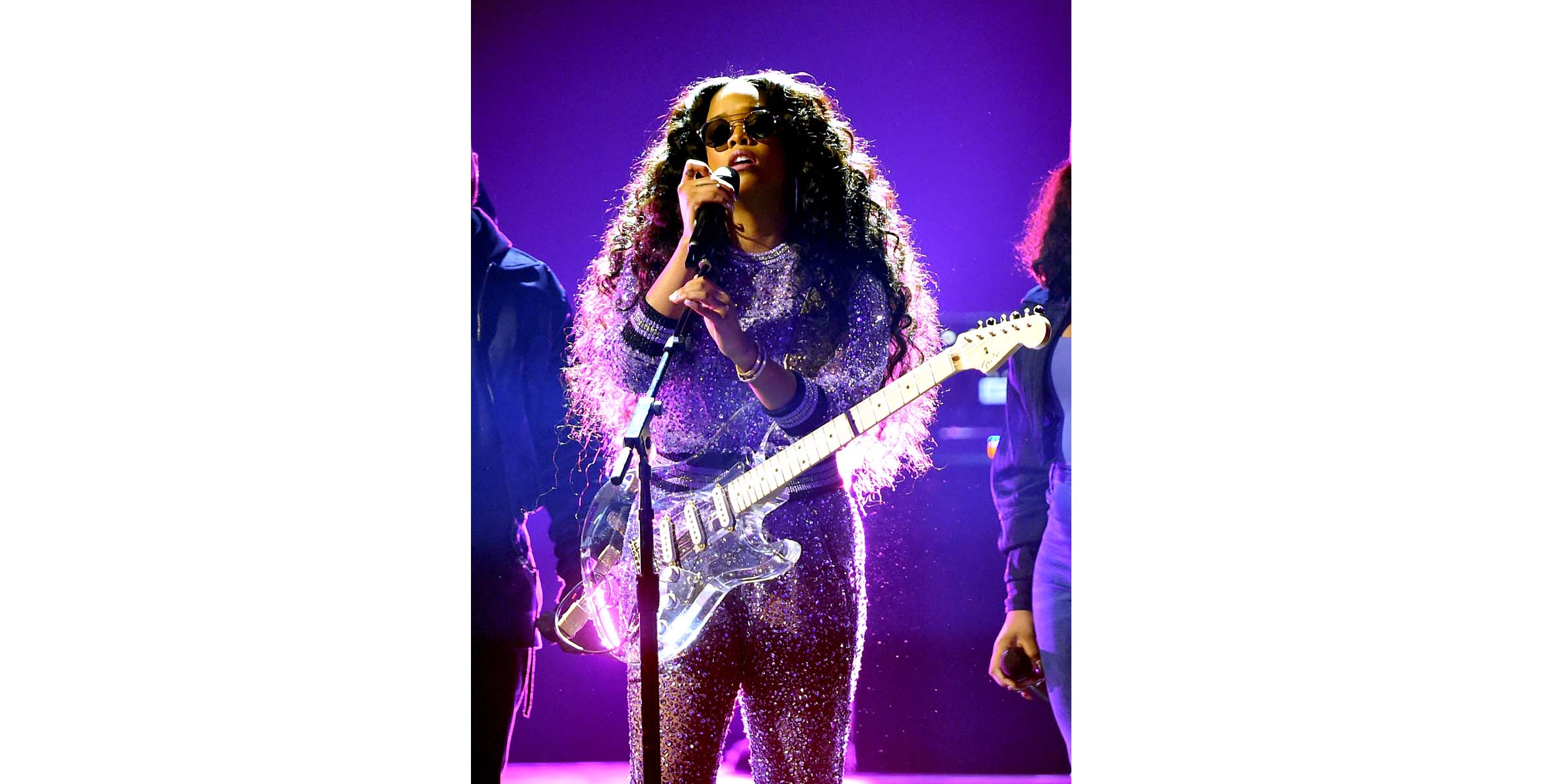 It took thousands of hours of thought and critical listening coupled with a tremendous amount of digital processing power to achieve, but Fender's Tone Master Series of amplifiers nails the circuitry and 85-watts of power in an original Twin tube amp and the 22 watts of an original Deluxe tube amp. Fender's most innovative digital amps to date capture the look, feel and tone of their tube counterparts.

Fender's first took a crack at effects pedals in 2018, but that line expanded in 2019 with even more tonal possibilities. The Pour Over Envelope Filter, the Smolder Acoustic Overdrive, the Compugilist Compressor/Distortion, the Trapper Fuzz, MGT-LA Tube Distortion and the Reflecting Pool Delay/Reverb represent six additional models that can fit into any artist's rig and take their sound to new heights.

For players looking to take the next step in their musical journey, the Player Series was launched to offer a solid first step into the Fender ecosphere. These guitars mark an excellent foundation to make sure anyone can create with an instrument that has the signature sound and classic look that only Fender's iconic models can provide.

After leading the pack when it comes to stringed instrumenrs for seven decades, Fender released the Vintera Series tp celebrate their beginnings in the 1950s, '60s and '70s. Vintera Series models feature authentic specs from decades past, such as period-correct neck shapes, new pickups with decade-specific tones and a wider breadth of vintage colors, including: Mocha, Fiesta Red, Seafoam Green, Inca Silver, Burgundy Mist and Ice Blue Metallic.

For players who want the mojo of the past matched to contemporary features, the Vintera Series also includes modified versions of Fender's most popular electric guitars and basses. And to pair with the line, Fender produced a set of videos depicting contemporary artists performing classic hits of each era. Watch Kingfish offer his take on Screamin’ Jay Hawkins' "I Put a Spell on You" below.

2019 saw Fender expand their list of signature artists with new and unique instruments that are great for discerning players and superfans, alike.

Not only did Fender collaborate with Led Zeppelin's Jimmy Page on two signature models based on his legendary mirrored Telecaster (that was later painted with a dragon design), Britt Daniel of Spoon and worship Strat-slinger Lincoln Brewster both added their names to the signature roster.

Fender Play Live is a weekly studio show that dives deep into the Fender's legendary gear and the iconic music that was made by it over the years. The program grew steadily in popularity throughout the year as exciting guests shared hosting and performing duties, like Thurston Moore of Sonic Youth, the Bangles' Vicki Peterson and innovative producer San Holo.

Check out a free trial of Fender Play here.

Riding an incredible wave leading up to and following the release of her debut album, When We All Fall Asleep, Where Do We Go?, Los Angeles' Billie Eilish played to giant audiences across the globe and was featured on television programs like Saturday Night Live and The Tonight Show Starring Jimmy Fallon. Not only did that record yield four top 40 singles on the Billboard Hot 100, it was also named Billboard's album of the year for 2019.

Throughout her tour, one could typically see the 18-year-old Eilish playing one of her custom Fender ukuleles, or even her brother, Finneas, playing a custom Acoustasonic Telecaster. 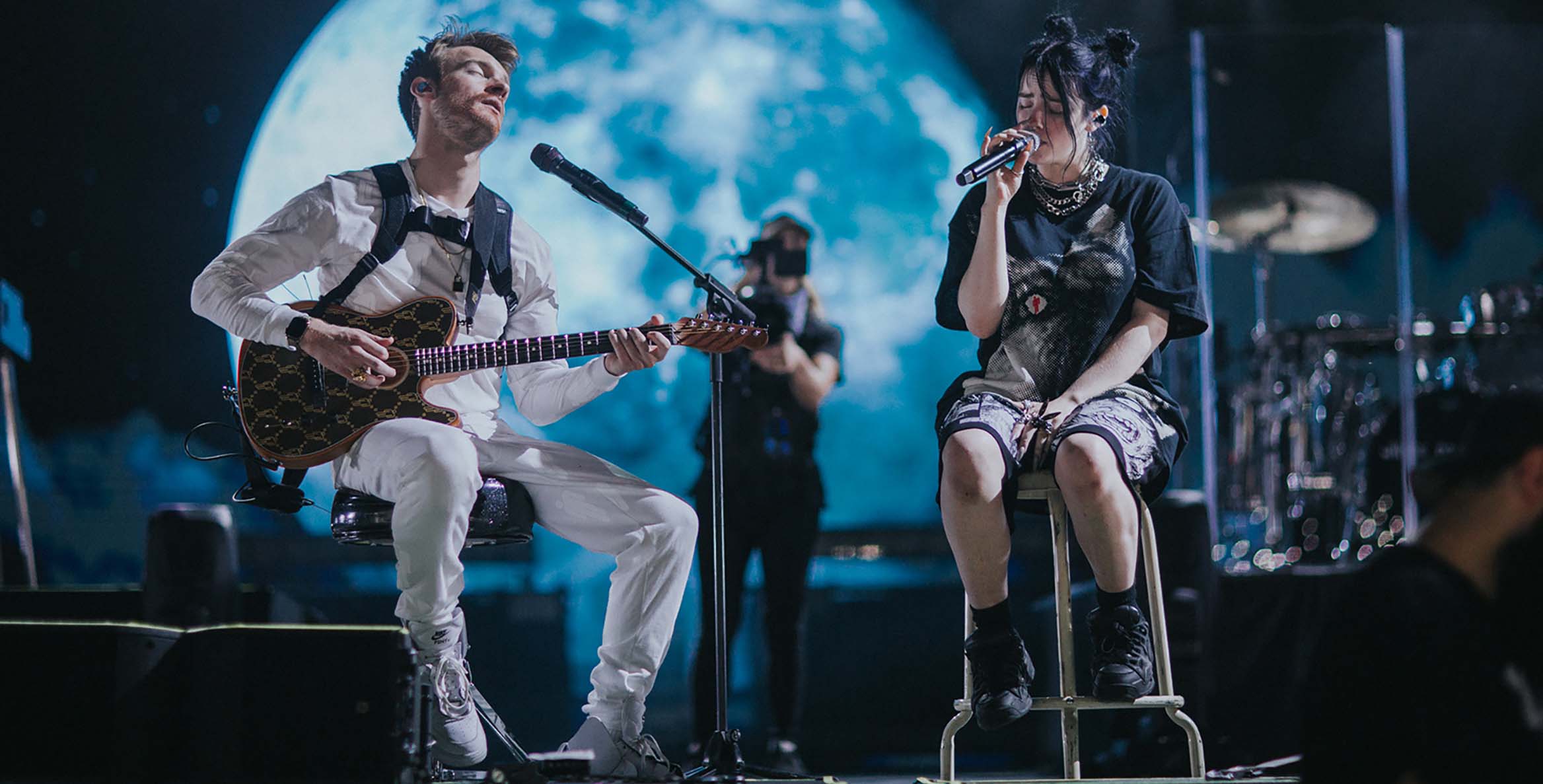 With sleek modern features, state-of-the-art craftsmanship and nuanced design, the American Ultra Series marks a pivotal moment in Fender history. These thoughtful changes in design and technology can’t always be seen by the naked eye, but are meaningful to artists who crave products that advance with the times.

One of the most noticeable changes is the all-new "Modern D" neck, which boasts a compound-radius fingerboard, smooth Ultra satin back finish and extremely rolled edges. Other modern upgrades include new body contours, Ultra Noiseless pickups, a sturdy HiMass bridge, a double tap humbucker, new colors and advanced electronics. 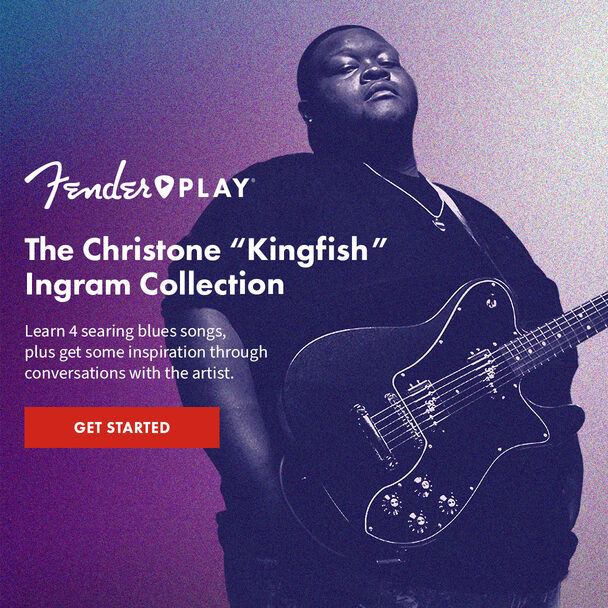