How a chance encounter with a '50s-era Telecaster changed rock history. 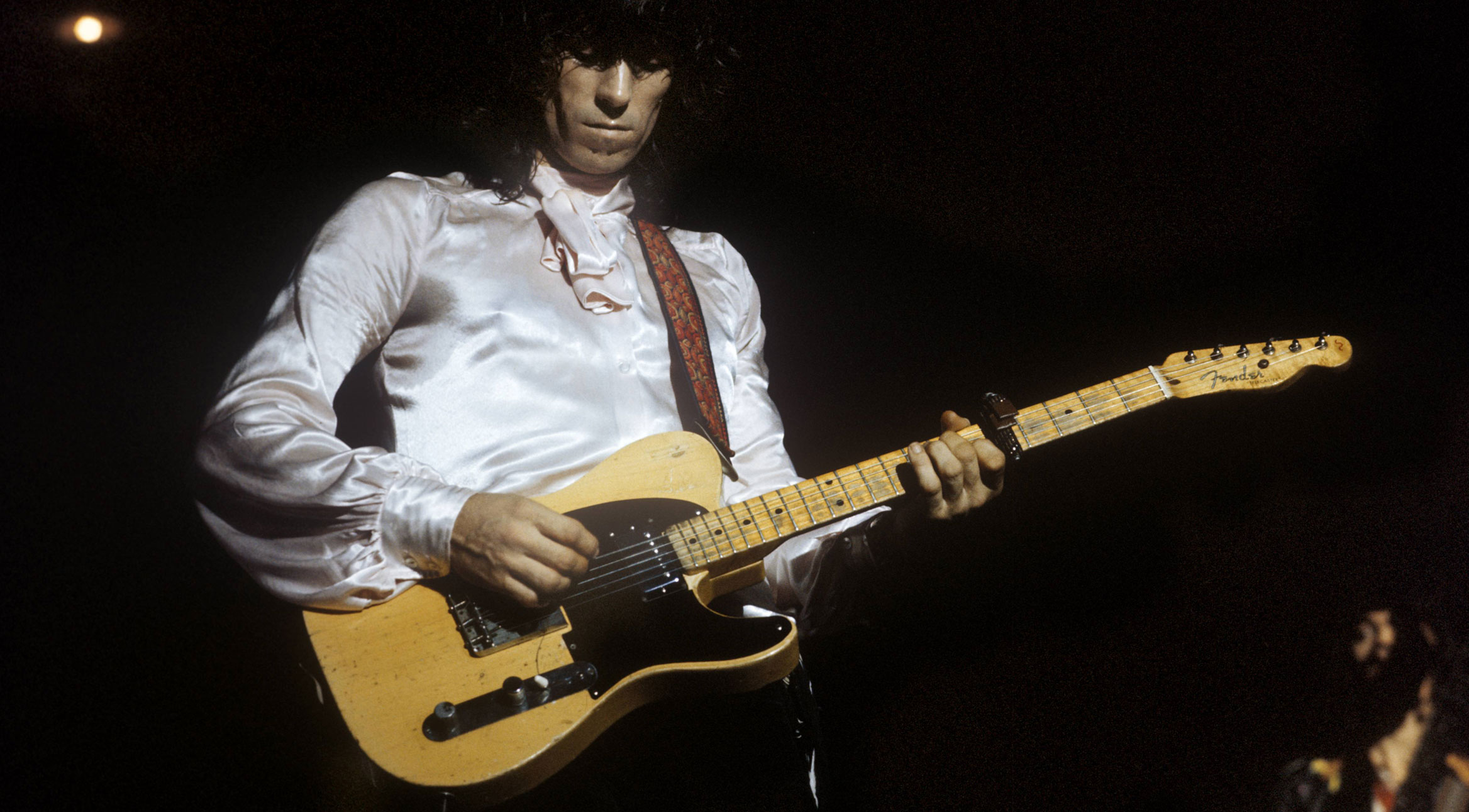 “Before They Make Me Run,” “Brown Sugar” and “Honky Tonk Women.”

Those are just a few of the timeless Rolling Stones songs on which riff-master Keith Richards wielded the legendary "Micawber", a 1950s Telecaster that is probably the Rock and Roll Hall of Famer’s most famous guitar.

Eric Clapton gifted Micawber to Richards for his 27th birthday, when the Rolling Stones were preparing to work on Exile on Main Street.

Originally, it boasted a typical single-coil pickup in the neck position, but shortly after the Stones’ 1972 tour, “Keef” replaced that with a ‘50s Gibson PAF humbucker to give it a little extra bite. Even more interesting about the humbucker is that Richards turned his backwards, so that the magnet poles are facing the tail end of the guitar.

Some have suggested the blackguard Tele also had a lap-steel pickup put in the bridge position, and the fact that it is held in by two screws points in that direction. Other modifications over the years include converting a brass bridge with individual saddles to a five-string tuning and taking out the low E altogether, plus swapping to modern Sperzel locking tuners.

“Around the same time I was getting into Telecasters I was experimenting with open tunings. I don’t know why. Maybe it was because around that time, ’67, we started having time off that we didn’t know what to do with,” Richards explained in a 2002 interview with Guitar World. “So I started to experiment with tunings. Most people used open tuning basically just for slide. Nobody used it for anything else. But I wanted to use it for rhythm guitar. And what I found was, of all the guitars, the Telecaster really lent itself well to a dry, rhythm, five-string drone thing. In a way that tuning kept me developing as a guitarist. ‘Okay, now figure out a diminished sixth on it!’ You’ve got so little to work with. And that makes you reconsider six-string concert tuning. ‘Cause if there’s so much in that little space (i.e., five string)how much am I missing on the other? You can transfer some of that back to six-string concert tuning. You can swap knowledge between one tuning and another.

To this day, Micawber remains one of Richards’ go-to guitars, both in the studio and on stage. Natural mods like the absence of the black inlay dot on the 17th fret along with serious wear on the top bout can only come from years and years of playing, and when Richards slings the butterscotch blonde across his chest, the myth of Micawber only grows.