Back to the Original: Fender's 60th Anniversary '58 Jazzmaster

To celebrate the Jazzmaster's 60th anniversary, Fender has recreated the original 1958 prototype in a limited and rarely seen model.

Leo Fender had already completely changed the music world with the introduction of the Telecaster and Precision Bass in 1951, and then again three years later as the Stratocaster hit the market with its sleek contours and variety of tones.

But there was another innovation in the works by 1958, as designs of the wholly new Jazzmaster came together as a plan to offer a top-of-the-line electric guitar for jazz musicians, with a revolutionary offset waist and comfortable contours, the ability to play both leads and rhythm with the flip of a switch, distinctive-sounding pickups. 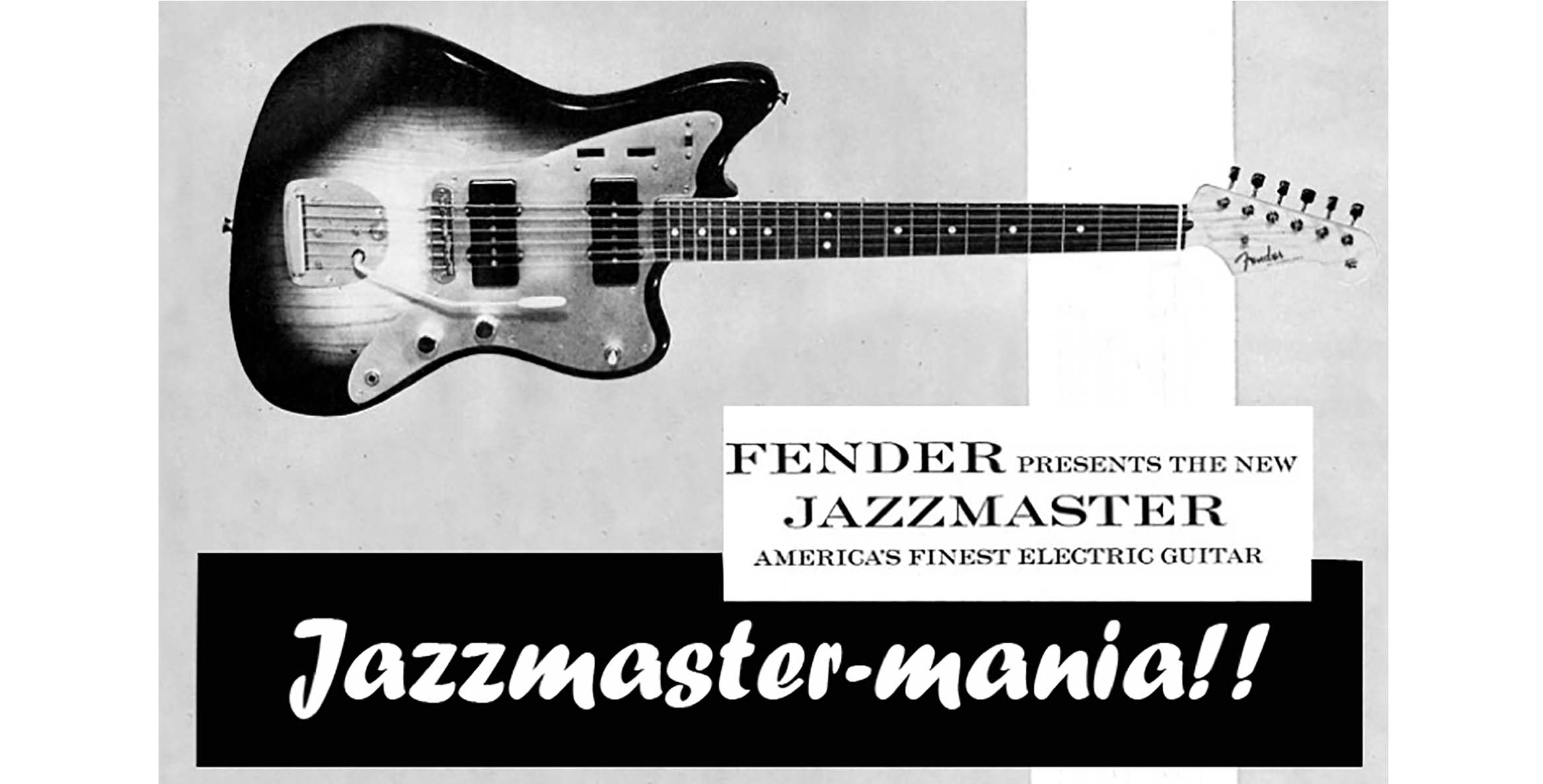 Funny thing is, the first prototype that was originally conceived as far back as 1957 (and featured in Fender ads at the time) never even hit the market.

That model boasted a gold anodized pickguard, pickups with black covers and - in a Fender first - a rosewood fingerboard. In reality, the Jazzmaster underwent several tweaks before it was initially offered to the public in the summer of 1958.

Now, to celebrate the 60th anniversary of the Jazzmaster, Fender has resurrected that prototype, with a limited-edition 1958 Jazzmaster that is true to the original original, with chrome Telecaster-style knobs, the gold anodized pickguard, a lacquer finish and several other vintage appointments.

"This goes back to the prototype of the original Jazzmaster that was photographed in an old advertisement," said Senior Vice President of Fender Products Justin Norvell. "It was almost in development until it was launched. They changed it right up until that day. For a guitar that has been around for so long, once it got set in the '60s, it really hasn't changed that much.

"This one has that rarefied aesthetic that is sought after but very hard to find."

The fact that the Jazzmaster is celebrating 60 years is a feat unto its own.

Initially designed to appeal to jazz guitarist - its offset shape and slick contours made it easier to play seated, as those players often did - the Jazzmaster didn't quite land with its intended audience.

Instead, it first found a home in the hands of surf guitarists on the heels of the Ventures' 1960 hit "Walk Don't Run." One of the first surf songs to crack the Billboard Hot 100, peaking at No. 2, Don Wilson's melodic and simplified style on his beloved Jazzmaster swept the nation and inspired countless others to dive into his reverb-washed tones.

The surf wave and a few rock guitarists alone couldn't keep the Jazzmaster afloat, however. In the early 1970s, the growing popularity of humbucking pickups and the crash of surf led to a waning interest in the Jazzmaster among the early adopters, even if it did remain in the Fender lineup through the decade.

Still, there was another group of musicians that would re-energize the Jazzmaster in the '70s, those who were put off by the over-the-top excesses of rock looking to

Consequently, however, the Jazzmaster’s ’70s-era, bargain-basement status made it very affordable and a new breed of guitarists with professed disdain for rock’s more bloated excesses got their hands on them. Artists on both sides of the Atlantic who eschewed the prevailing reign of lumbering pentatonic arena rock, such as Television’s Tom Verlaine in New York and angular U.K. songsmith Elvis Costello, resurrected the Jazzmaster and bestowed a subversive cool on the guitar.

But return it did. After the CBS era ended in 1985, overseas arm Fender Japan reintroduced the Jazzmaster in 1986 as a vintage-style 1962 reissue model that enjoyed a lengthy run through 1999. Meanwhile, the Jazzmaster’s underground popularity had continued unabated all along, and the guitar’s late-’70s punk/new wave cred was rapidly segueing into 1980s-1990s alternative/indie cred. In the late-eighties and early and mid-nineties, the Jazzmaster was a prominent instrument of the massive grunge/indie explosion and could be seen in the hands of scene luminaries such as Sonic Youth, Dinosaur Jr., the Cure and My Bloody Valentine. And it continues to be a mainstay of rock musicians including Thom Yorke of Radiohead, Nels Cline of Wilco, Ira Kaplan of Yo La Tengo, Win Butler of Arcade Fire and Jonny Buckland of Coldplay.

Click here to learn more about the limited-edition 1958 Jazzmaster.